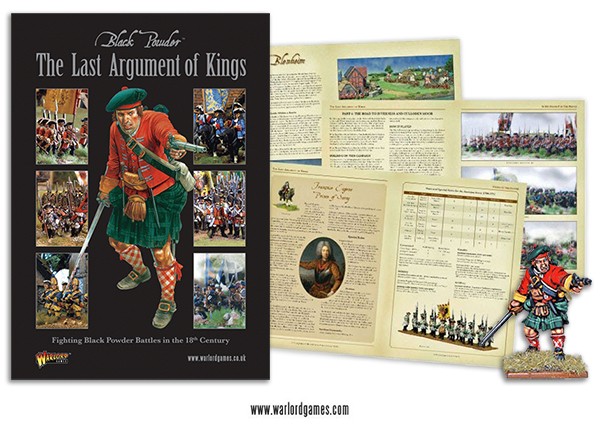 View Hard back and FREE figure version in Store

At the Beginning of the eighteenth century, Warfare entered a new era. The widesread use of the flintlock musket had transformed the way armies trained and fought

This supplement for the Black Powder game overviews the main conflicts and armies of this period, and includes army lists and special rules to enable you to refight these wars using the Black Powder rules, as well as scenarios for the most dramatic battles of the time. Features conflicts include:

A note from the Author

Now, Peter Brown, author of the Black Powder supplement Last Argument Of Kings explains some of the thought processes and decisions that went into The Last Argument of Kings. Take it away, Pete… 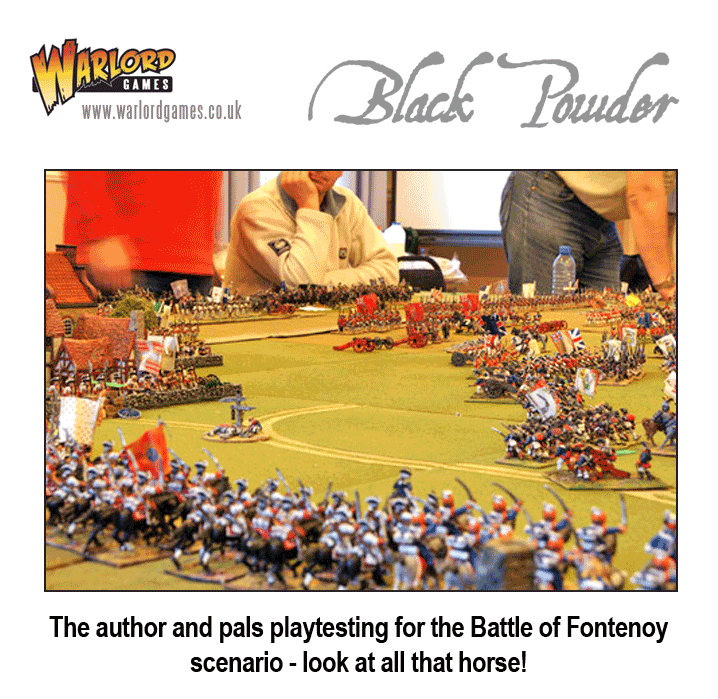 When I was first asked to write an eighteenth century supplement for “Black Powder” it seemed to me to be a mammoth task. The period from 1700 to about 1770 saw war spread not only across Europe but into North Africa, America, India and the Pacific and involved widely varying troop types from Hussars to Highlanders and Iroquois to Elephants! The real challenge was to compact all of these myriad conflicts and troop types into a supplement that was of as much use to the beginner and to the old stalwart alike. So, no pressure then…

So first of all, the name. The one unifying feature of all of the disparate wars fought during this time was that, on the whole, they were fought for Kings. Not for land ( although that was a bonus) or for democracy or freedom, but for Kings, their Kingdoms and their succession rights. These wars would be the last time that Kings raised professional armies which they then pitched against each other to increase their wealth, their standing and their successions. Toward the end of the century, the American colonies had declared their independence, there was revolution in France and large citizen armies were to be the norm. Monarchies still existed, but increasingly they answered to their parliaments and their people, or they faced rebellion and death. The first half of the eighteenth century was a golden age for monarchies. King Louis XIV had the words “Ultima ratio regum” inscribed on all of his cannon, which translated states that war was the last recourse, the Last Argument of Kings.

The scope of the supplement was fairly large, covering all the wars from 1700 to 1770ish. This meant just missing the nine years war in Europe, which would have been nice to include but, if I am honest, probably sits best with the Pike and Shot period. That said, issues such as mixed units of pike and shot and the use of new inventions such as the plug bayonet are covered, so the supplement can be used by those of you wishing to play out the last wars of the seventeenth century. Whatever happened, I was determined not to be drawn into the American War of Independence! This war is so different from the earlier wars in Europe that it really did not sit well in this book, and after a lot of discussion it was decided that this should be in a supplement all of its own.

And so, what was the starting point? A common mistake made by many wargames rules is to treat the early part of the eighteenth century as” Napoleonic’s with Tricornes”, by which I mean that troops perform as they did during the Napoleonic Wars and are simply wearing a different uniform. In fact, nothing could be further from the truth. The first half of the eighteenth century saw the development of linear infantry tactics, which were to reach their zenith during the Seven Years War, whilst cavalry developed from pistol firing caracole to charging knee to knee with swords drawn! Artillery developed in leaps and bounds from being a minor player at the start of the century to a battle winner by the end. What I hoped to do was bring out not only these sweeping changes during the century but also, by breaking down the supplement into manageable bites, to tease out the subtle difference between armies of the period. 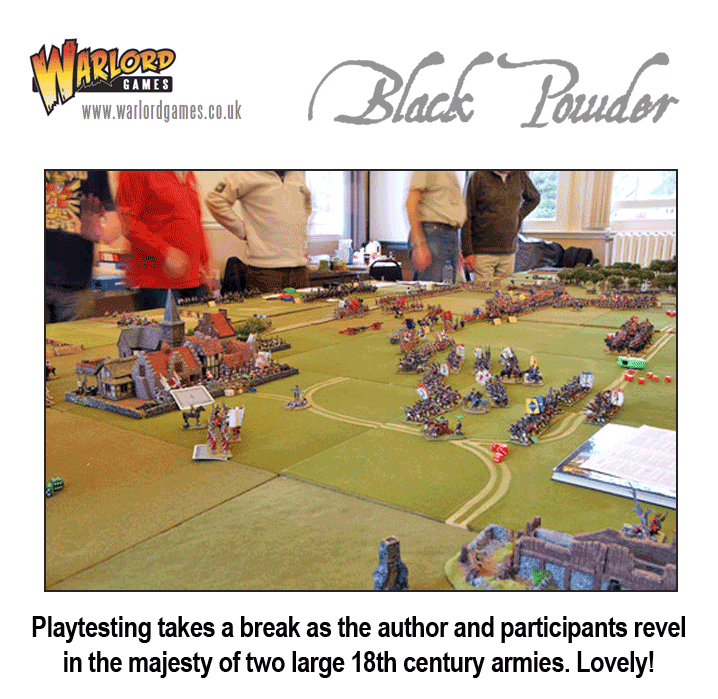 Unusually, I began with too much information. As an ardent fan of eighteenth century wargaming in all its glory my bookshelves were heaving with information, stories and battles which I was desperate to include. Any one of the wars of this century could have justified a supplement of its own, and so my first job was to cut away the fat. With roughly a hundred pages or so to work with, I knew a lot of what I thought would be vital to include would have to be left out. 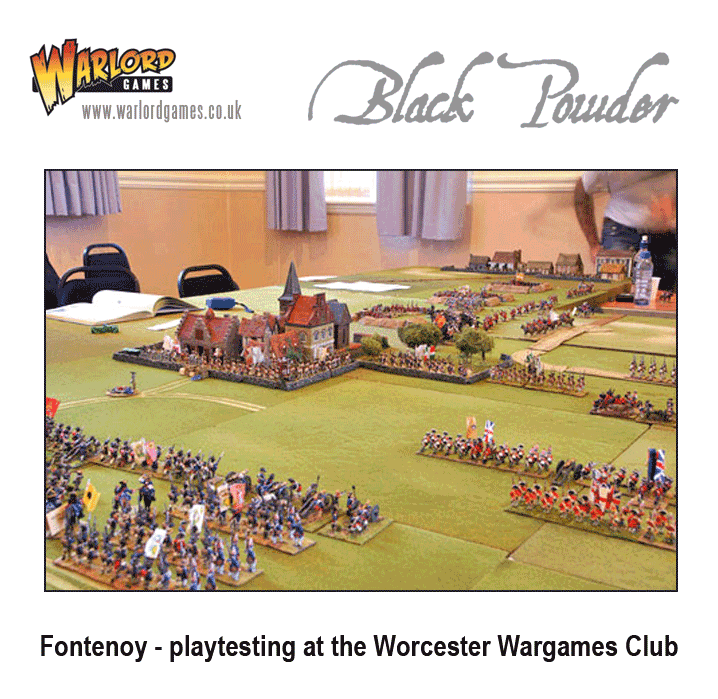 Now before anyone gets hot under the collar, the lists are merely suggestions provided to assist someone new to the period with selecting and collecting their army. They are not strict points based lists for competitions, although they can be used to produce balanced games. Providing lists, ideas and special rules for armies as diverse as Ottoman Turks, North American Indians and Scottish Highlanders was great fun and I hope we have captured the essence of each.

A page was then set aside to discuss one of the main protagonists of the war. This did call for some soul searching, as this period produced so many wonderful characters. Some were easy, such as the War of the Spanish Succession ( Marlborough, obviously! ) but some less so. The French Indian War? Wolfe or Montcalm? Both were excellent generals and each had their successes. I do hope that you will see my reasoning for choosing who I did and why, even if you don’t agree and thought someone else was the runaway star of a particular campaign.

Each section ends with a scenario. Although each scenario has been chosen as I felt it captured the feel of the war in question, all of the scenarios can be used for any eighteenth century wargame, with a little adjustment. Rather than produce scenario after scenario of stand up fights, I presented a number of battles which I hope provide different challenges for the players, and varied the size of the battles from massive club games to skirmishes that can be played in an evening.

But the supplement is more than just a series of scenarios. In the opening sections there is information on collecting an army, how it looked and how it can be represented in miniature. In the section on the battle of Fontenoy, there is information on how to organise and prepare for a big game. There are also new rules suggestions to help you make your games feel more “eighteenth century”. Finally, I also thought it was important to include information on how to run a campaign, as this is one of the most satisfying parts of eighteenth century wargaming. To metaphorically clamber into the silver buckled shoes and woollen hose of Frederick the Great and manoeuvre your armies to victory through a series of hard fought battles is a true test of a gentleman ( even one in hose…ehem..) In LAOK I chose the campaign of the ’45 rebellion, but the system shown here is adaptable to any campaign setting. 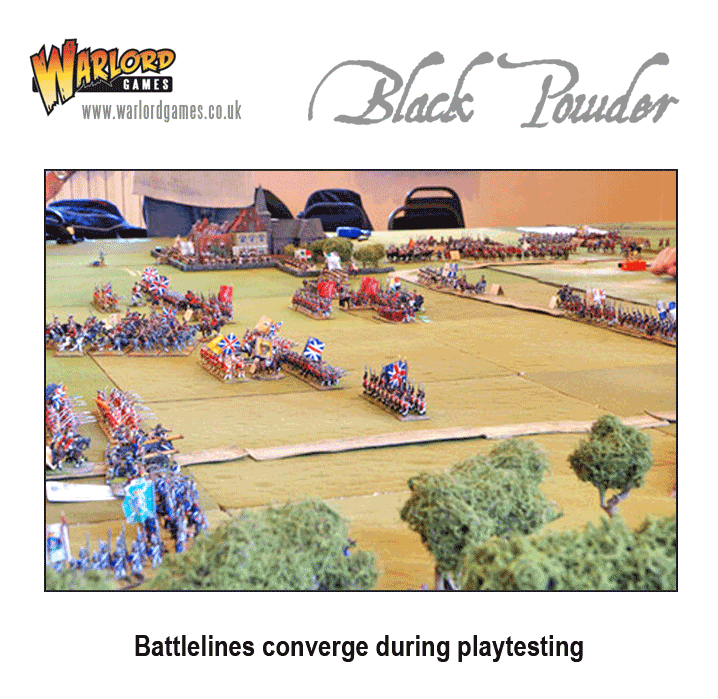 Finally, I also tried to do something different with the amphibious warfare section. There were so many raids, landings and invasions during this era many of which cry out to be wargamed. In this section I tried to provide a number of scenarios to get your creative juices flowing and to tempt you into buying all those ships and jolly boats which you have been drooling over at shows.

Am I happy with it? Very much so. The supplement looks even better than I thought it would, with artwork by Peter Dennis and so many great photos from manufacturers, clubs and collectors around the UK and overseas. All of the major wars of the period are covered and enough detail provided about the armies to be of use to newcomers and old timers.

But, as always there is a but. Looking back I would have liked to cram in more information about the nine years war and the decline of the pike. Equally there was not enough space to talk about the wars in Spain or Italy during the War of the Spanish Succession, as well as some of the more minor conflicts, such as the War of the Polish Succession. However, the editor drew a line in the sand, and it is as well he did otherwise I would still be writing and the supplement would be twice the size! I hope to revisit some of these ideas in online articles for Warlord Games, so keep an eye out for those. In the meantime, I hope you enjoy wargaming Black Powder in the eighteenth century, wargaming in an age of reason for the true gentleman. 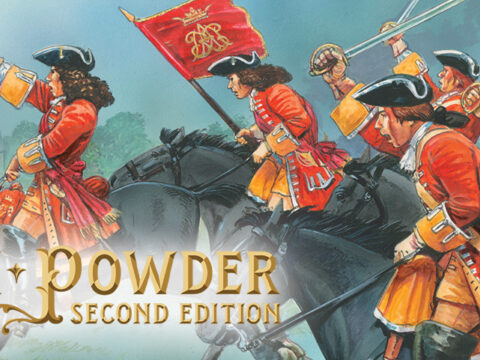