The Antares Initiative: Initial Photos are in!

Back in July, we offered gaming clubs across the globe the opportunity to take their first steps Beyond the Gates of Antares, to try a new game system – and to explore our first Sci-fi game penned by the industry legend, Rick Priestley… 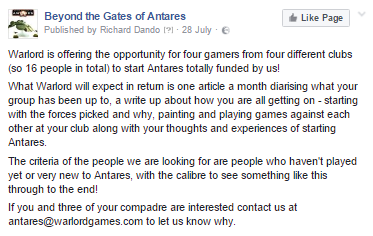 …in just a few short weeks, we were quickly inundated with applications – with groups from all corners of the globe registering their interest – eager to explore this new universe… 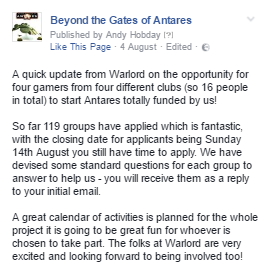 Upon the application process closing, we’d had hundreds of applications to sift through… piles of excited emails,  thinly veiled over-enthusiasm and anticipation – and after much waiting and biting of nails, we announced the winners in this article on 19th August

Since then, we’ve been eagerly helping the winners to construct their army lists, we’ve been putting together all of their supplies – armies, rulebooks, dice, and even scenery! – and the first wave of goodies have been shipped out. They’ve been arriving over the past week-or-so – and we’ve started to see some of the first hobbying of the Initiative – and frankly, we’re too excited not to share them with you here today! 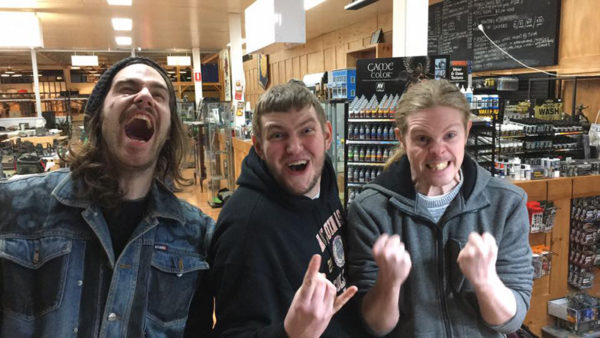 Noise Sector are based at the House of War, down under, eagerly awaiting their forces – pictured are clubmates Dan Flies Gurnecopter, Mitch Thomas, and Asher Longney

Not only that – but they’ve also started a Podcast to chart their adventures in the game – take a look here for more!

John has opted to follow a similar scheme to that of the Warlord studio – but has used a warmer, more contrasting set of basing materials… 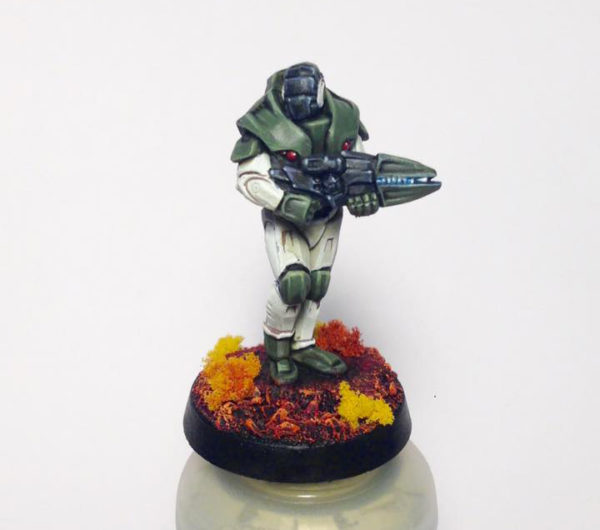 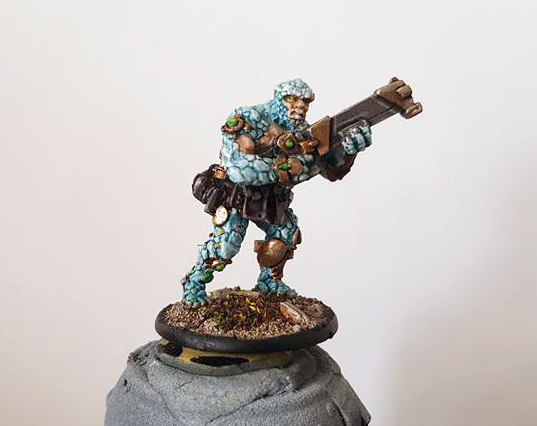 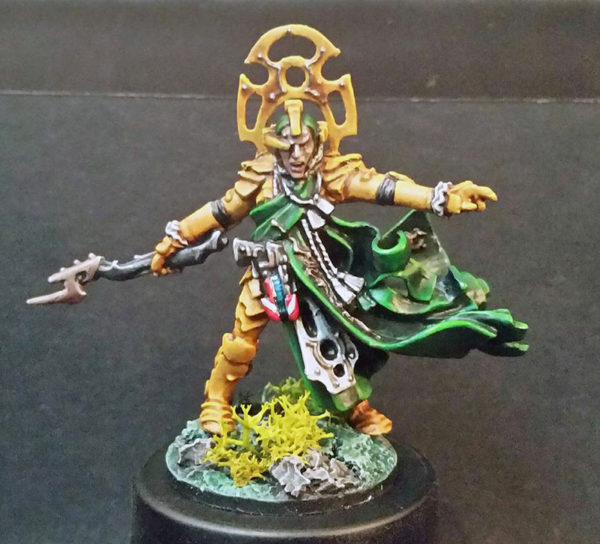 He’s also opted to use 40mm round resin bases for his Sky Raiders to give them a little more flair! 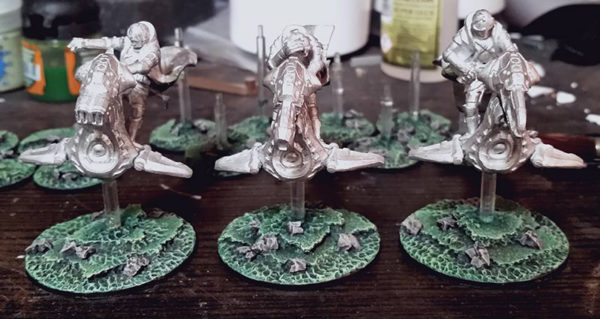 Oh – he’s also been working on something a little biigger as well… with stunning results!

This C3M4 will prove to be a striking objective in the Drone Integration Scenario! 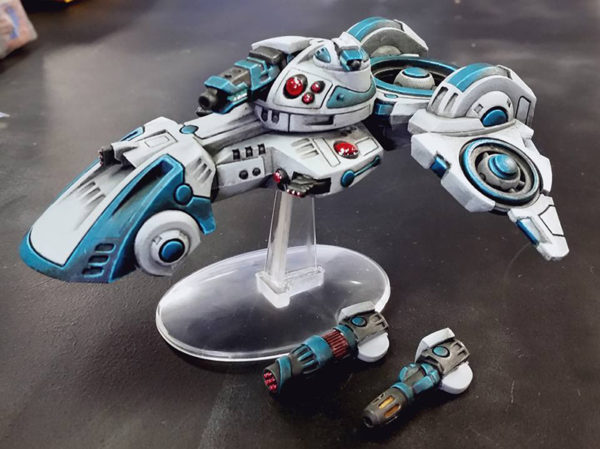 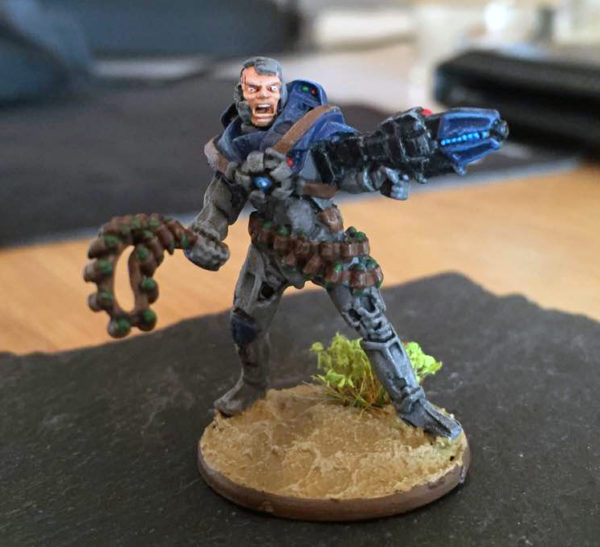 David’s tackling the entire army at once – we’re excited to see his paint scheme progress – the striking reds really contrast with the browns so far – but what’s to come?!

Eager to start work on the Antares Initiative – Martin couldn’t help himself but get to work sketching (both in analog and digital form!) ideas… first plotting-out the Dahda Star System… 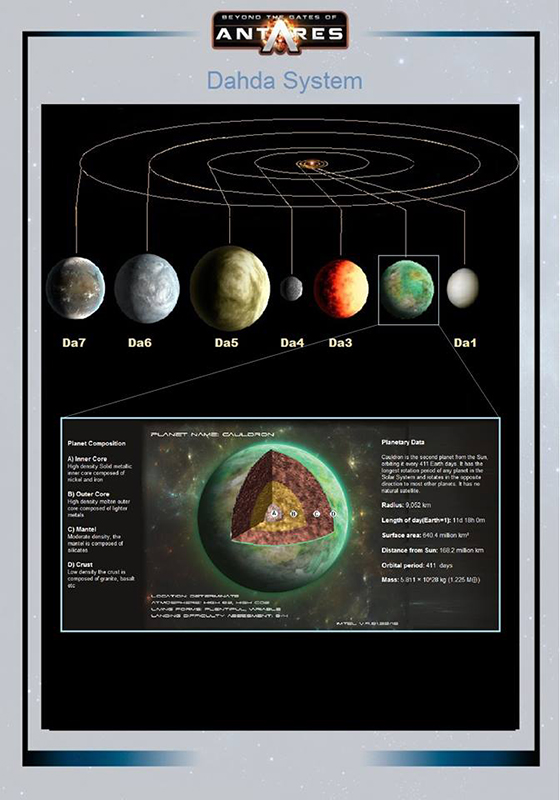 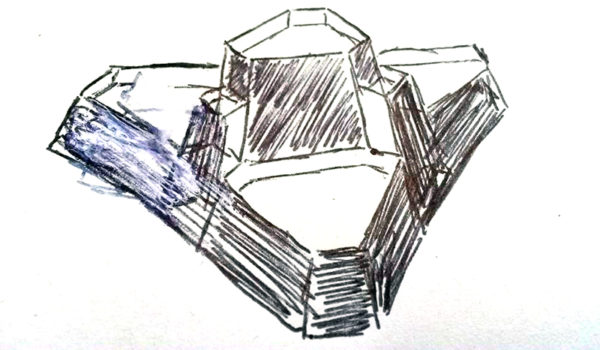 AND he begun work on a test structure… 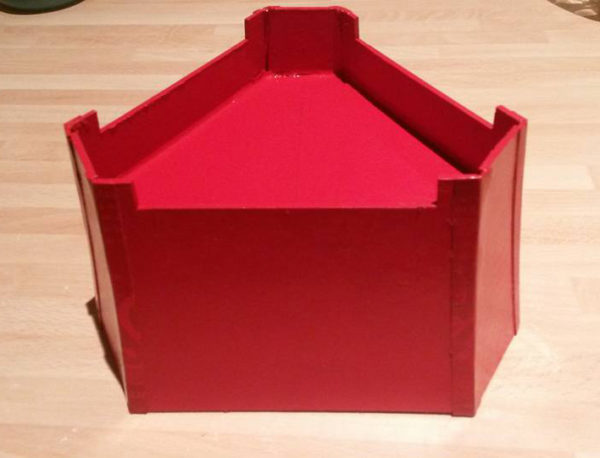 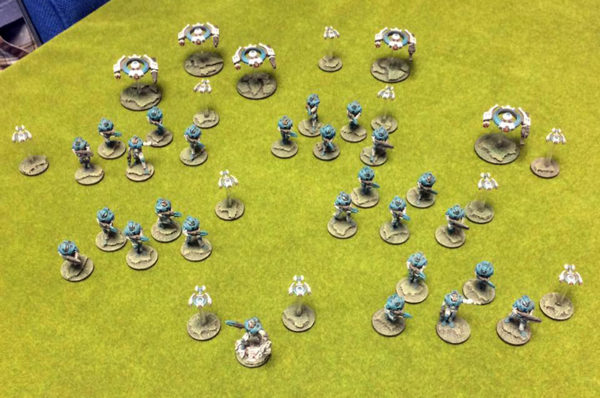 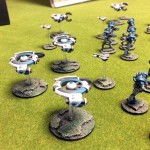 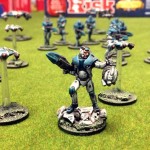 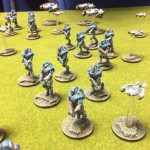 Phil has loosely followed the Warlord Studio colour scheme, but has carefully adapted it so that he is able to paint the models quickly, to ensure that he has them in fighting form as quickly as is possible! 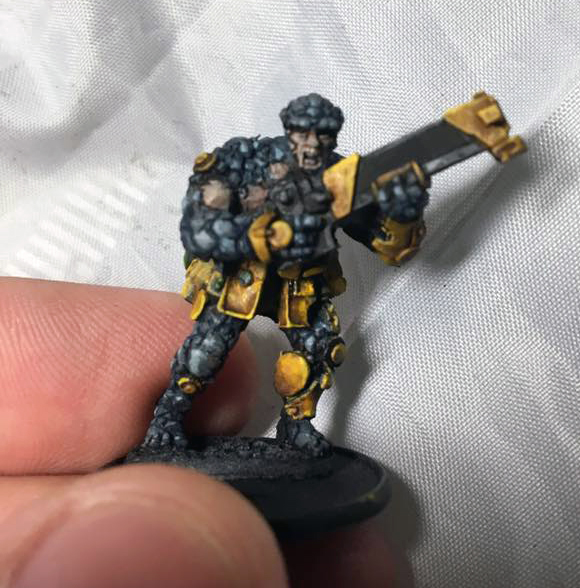 Particular thanks have to go to Eric Roof, and the EBGC – for his post…

“What!?!? The EBGC wasn’t picked? I call shenanigans! Oh we’ll have the last laugh. I promise you that! We’re going to buy all the stuff Warlord would have given us! And, we’re going to use our own money! Yeah, that’s right! And then we’re going to paint it all and write battle reports anyways and take photos of it all. We’ll show you! We’ll be laughing all the way to Warlords bank…”

…and to Georg Malter of the ‘This Way Madness Lays‘ blog… who has also (along with his clubmates) begun another ‘Tale of four gamers’ style article series to chart their experiences with the game! 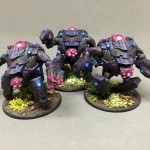 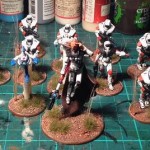 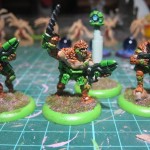 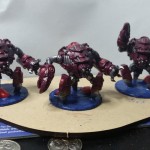 View Profile | View all posts by Rich Dando
Getting Started in Bolt Action and what comes next?
Antares Fiction: In To Darkness, The Belly of the Beast – by Andrew William Tinney