Summer Offensive: War is Over! 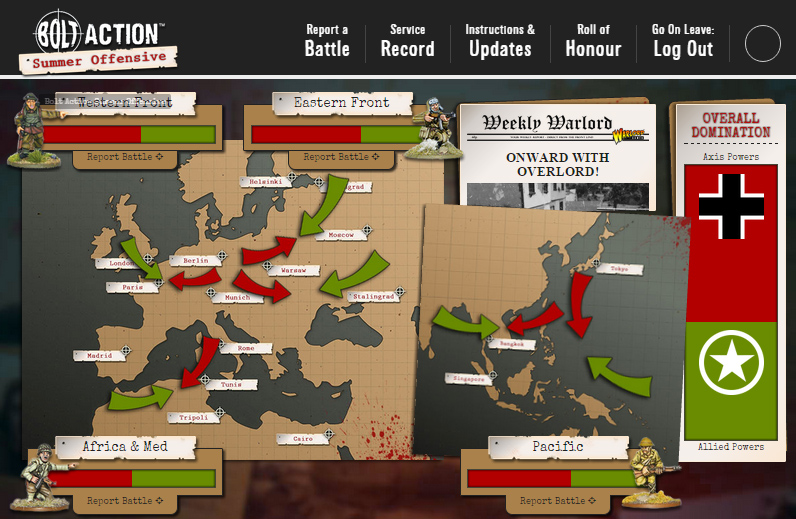 The big news is that you have rewritten history – the results showed a clear victory for the Axis in all four theatres! So well done to all those German, Japanese, Finnish, Italian, etc, etc, commanders.

We’d like to take this opportunity to say a huge ‘Thank you’ to all who took part… all of your Battle Reports, Photographs and contributions are what really made the campaign… over the course of 6 weeks, the story of the Second World War (albeit with a somewhat different outcome!) unfolded before our eyes.

There was laughter, there were tears – but all-in-all, it’s been overwhelmingly fun. We’re glad that it was so well received, and that you all shared our sense of fun and humour about the whole thing!

As a bonus, we’d like to reward some of the most active players for their contributions to the campaign – without your Battle Reports and Photographs submitted along the way, the campaign would have been a lot less characterful and colourful – so without further ado – we’d like to honour the following players:

For their outstanding contribution to the Warlord Summer Offensive, we award the title of ‘Outstanding Commander’ to the following combatants;

For their courageous work in the field, not only fighting-off the enemy – but also meticulously recording their actions and reporting them back to Warlord HQ, we award the title of ‘Battlefield Reporter’ to;

For sending the fine fellows at Warlord HQ a stream of intelligence photographs throughout the conflict, supplying us with key intelligence which helped shape the outcome of the war, we award the title of ‘Battlefield Photographer’ to;

We’ll be leaving the campaign website in place for the moment, so you can still see your profile and browse the battle reports.

We hope to run more campaigns in the future, so if you have any feedback or suggestions, feel free to post on our forum or the Warlord Games Facebook page! 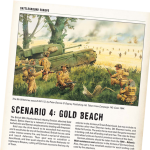 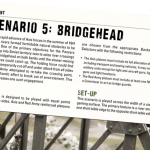 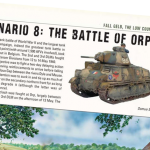 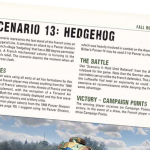 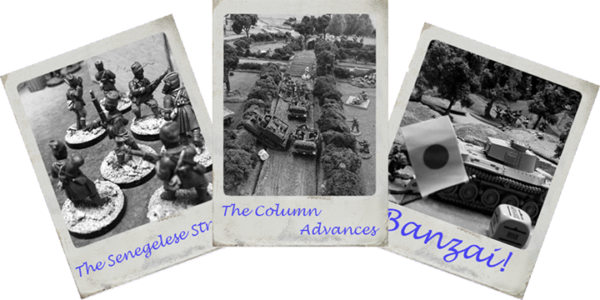 Go to the Forum