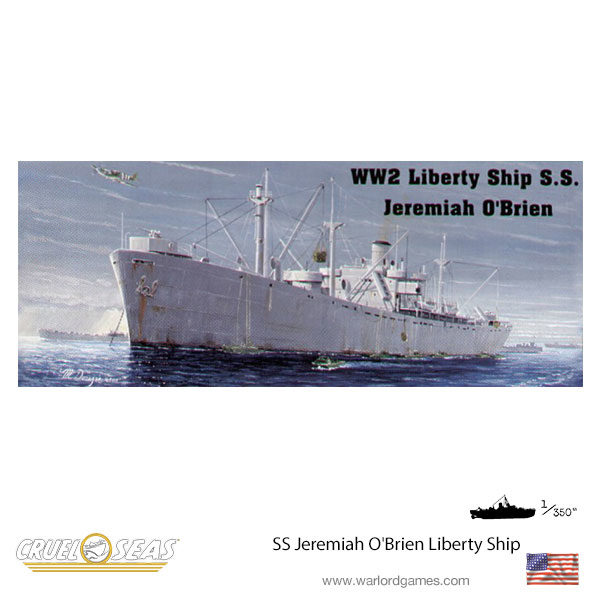 Liberty ships were American-made cargo ships that were designed to make only one solitary ocean voyage. Jeremiah O’Brien was built in Portland, Maine, in 56 days and launched on June 19, 1943. The Jeremiah O’Brien is 441 feet long, 57 feet wide, displaces 14,245 tons and carries a wartime crew of 58 sailors. To protect itself from enemy aircraft and ships, the O’Brien carried two five-inch guns and eight 20- millimetre antiaircraft guns. The S.S. Jeremiah O’Brien is one of the few remaining ships that took part in the D-Day landings in 1944. The O’Brien in fact made four convoy trips across the treacherous North Atlantic. The O’Brien made 11 voyages across the English channel in support of the D-Day landings.

From the invasion beaches of Normandy, the O’Brien also sailed as far as Calcutta, the Philippines and Australia before returning to San Francisco in 1946. Placed into mothballs by the Navy, the O’Brien was saved from the scrap heap in 1966 to be restored to its original wartime fighting condition. Years of restoration work resulted in the O’Brien being opened to the public in 1980. In 1944, the O’Brien was the only ship that had taken part in D-day that made the trip to Normandy, France for the 50th anniversary of the invasion. Only two of their classes, liberty ships, remain afloat in the United States today. Only the O’Brien is restored to its wartime condition and she lays at anchor at San Francisco’s Pier 32.

The SS Jeremiah O’Brien is a Liberty Ship! Which means it has the following profile: