Crush your foes under the might of the Roman Legions. Caesar’s Legions march into SPQR with some of the most elite, well-armed troops in the game.

A wealth of legendary leaders are available to lead your legionaries in SPQR campaigns.

Julius Caesar’s eventual victory in the Gallic Wars would give him the powerbase to eventually reform the republic into an Empire.

Pompey achieved many victories including against the slave revolt of Spartacus, going on to form part of the First Triumvirate along with Caesar and Marcus Crassus – who shared in many of their victories in Gaul.

Mark Antony, a staunch supporter and General of Caesar went on to become part of the second Triumvirate after Caesar’s murder.

Lucius Vorenus and Titus Pollo excelled as members of the 11th legion and came to the attention of Caesar when their rivalry came to a head during a battle against the Nervii. Any of these heroes are extremely powerful and provide a powerful boon to your warband. 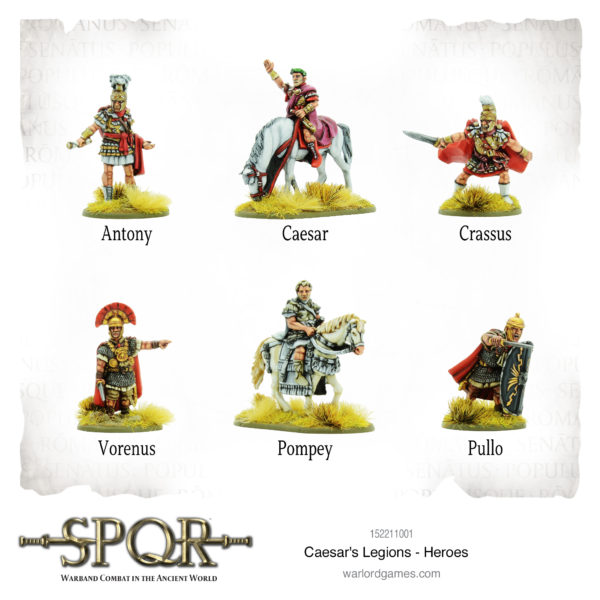 The mainstay of the Roman military; Roman Legionaries were well-armed and exceptionally trained soldiers. They were given great incentive to enter and remain in military service with promises of wealth and lands. The legionaries trained as a unit, able to form shield walls and become almost impervious to enemy missile fire. The pilum was a highly effective weapon for disrupting enemy charges and is just as deadly in SPQR. 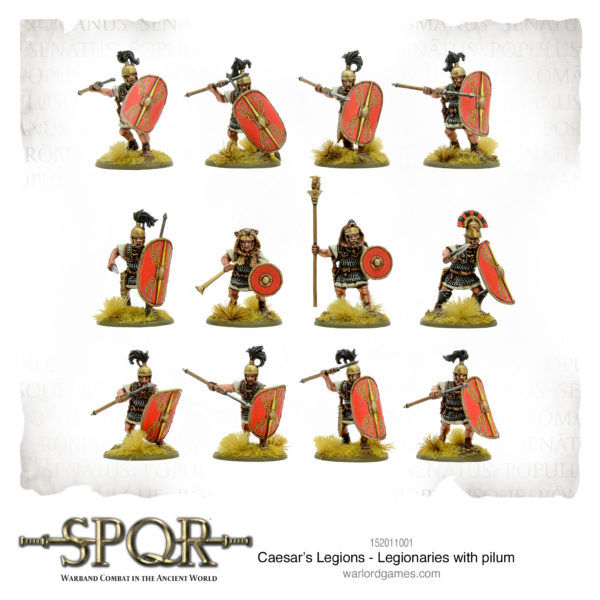 Alternatively, you may wish to equip your legionaries with gladius or sling. Though slow, slings made for deadly weapons capable of incredible range. 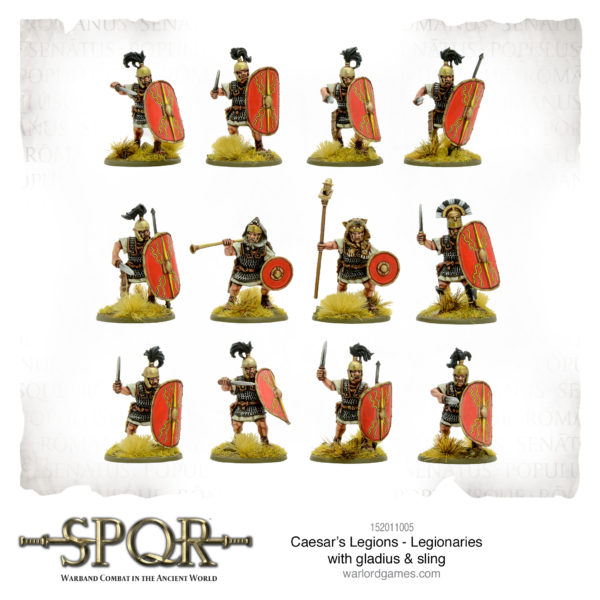 These plastic legionaries can be assembled with either sling or gladius: 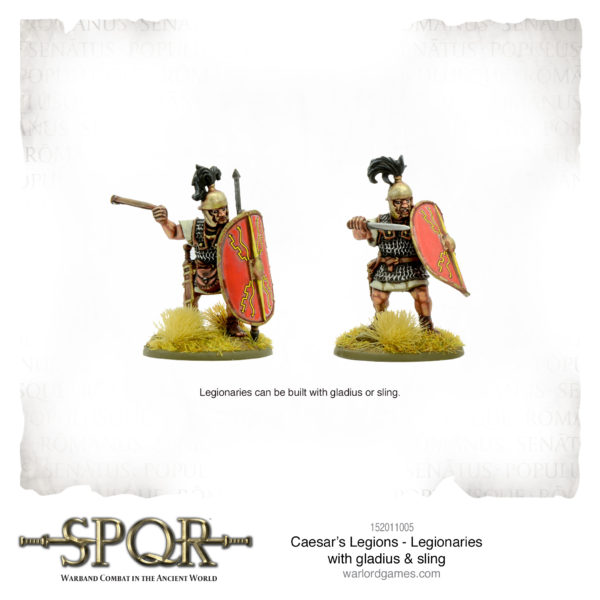 Roman cavalry forces hit hard and quickly; able to take swift advantage of enemy troops which had been pinned down by allied legionaries. They were extremely effective at running down retreating enemy combatants. 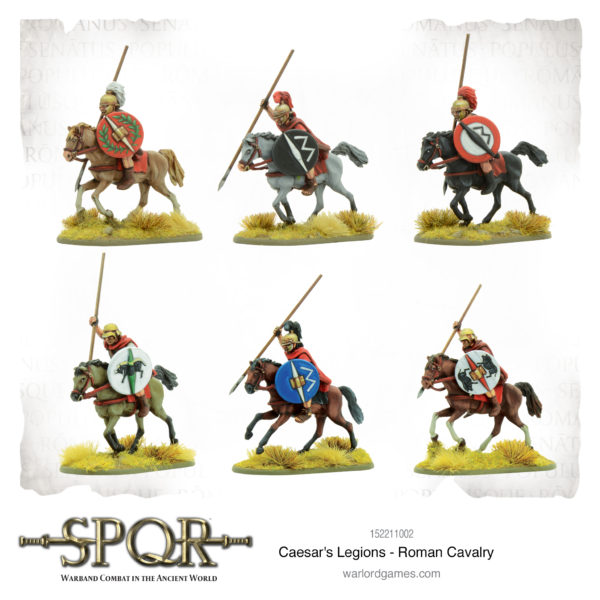 Supplement your cavalry with their own Roman Cavalry Command, offering equipment options of horn and standard. 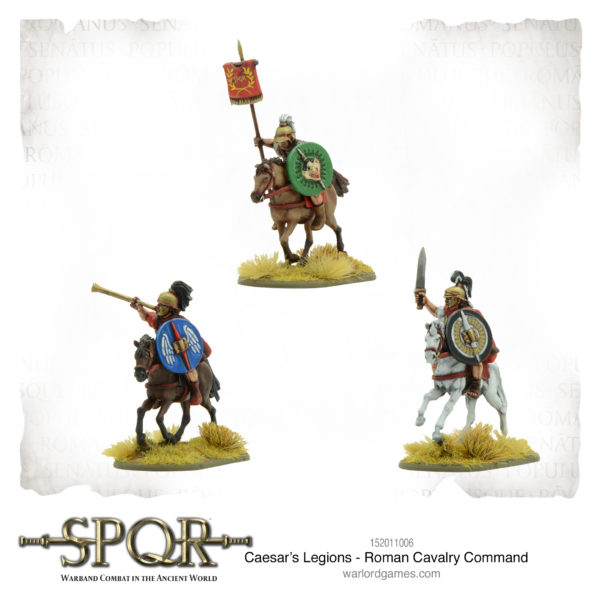 The scorpion war machine was light enough to be transported by even a small warband, yet provided some serious punch. Its bolts could pierce the thickest armour or cause considerable disruption to an enemy formation. 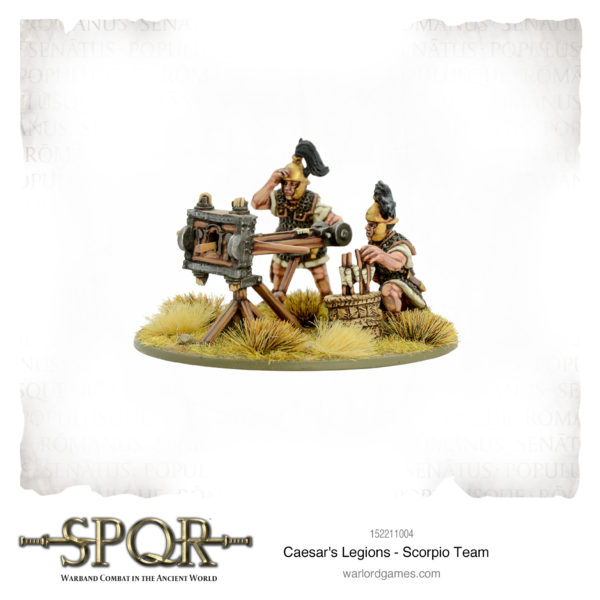 Getting started with SPQR

The SPQR A Clash of Heroes set gives you everything you need to begin waging war with both Caesar’s Legions and Warriors of Gaul. You’ll find all the necessary rules for creating your warbands and setting them loose on the field of battle, as well as a whole host of models with which to start your collection or enhance an existing one.

The included rulebook contains all the rules for the game, as well as scenarios tailored for every warband. There is huge scope for customisation with the expansive campaign progression system. This set provides an ideal starting point for Caesar’s Legions collection.

Choose your heroes, draft your warriors and surge forward to victory! 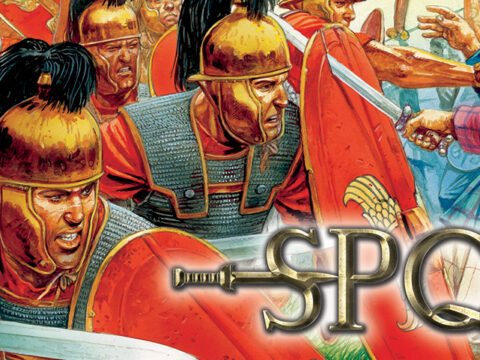