We’re joining the Canadian advance towards Caen this week with a look at the fierce fighting around the Carpiquet airfield during Operation Windsor.

The Battle for Caen

One of the principal objectives for the British and Canadian forces on D-Day was the capture of Caen. Sitting astride the Orne river and Caen canal, the city was the junction of several major roads and railway lines. If these could be secured, the Allies would be able to crack open the German defences and drive into the heart of Occupied France. 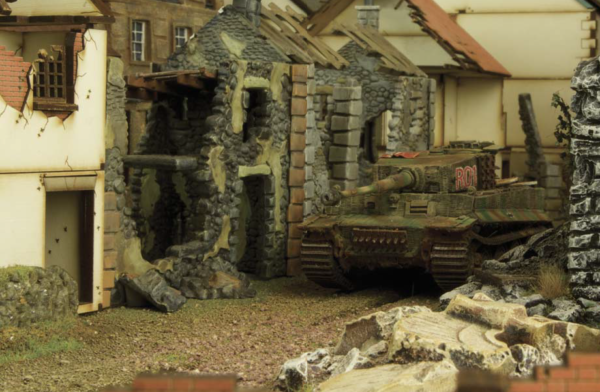 A Tiger I stalks through the ruins of Villers-Bocage!

The German defenders proved to be particularly tenacious and were rapidly reinforced by veterans from Wehrmacht and SS Panzer divisions. Several attempts were made to break the deadlock and bypass the city, but time and time again, the British and Canadians were repulsed by repeated Axis counter-attacks.

Operation Perch was intended to create a threat to the south-east of the city, with British armoured units driving towards Villers-Bocage and open up the German flank, ultimately bypassing the strongpoints in the Caen suburbs and driving into Occupied France.

German heavy tanks from the 101st SS Heavy Panzer Battalion were able to blunt the assault on Villers-Bocage and forced the British tanks to withdraw. 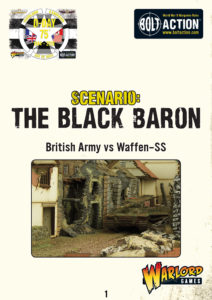 Join the battle for Villers-Bocage with another fantastic scenario from our summer campaign. Take command of Michael Wittman’s heavy tank troop and defend the town from an advancing Allied tank column.

With three Tiger 1s concealed in the ruins of the town, you’ll have to make short work of the column’s forward elements before the hard-hitting Sherman Fireflies join the fight!

Unable to break the German line, the British retreated and began to mass their forces for the next major assault. Unfortunately, the worst storm in 40 years wrecked one of the vital Mulberry harbours and delayed operations until the end of the month. 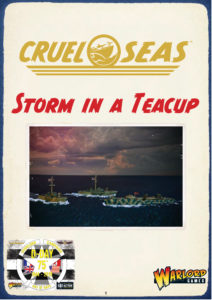 Storm in a Teacup

While in reality, the Mulberry harbour at Omaha beach was taken out of commission by bad weather, we’ve imagined an alternate history where a daredevil S-boat captain launched a night attack using the storm for cover.

Jump to action stations and play this FREE scenario as part of our gargantuan summer campaign. 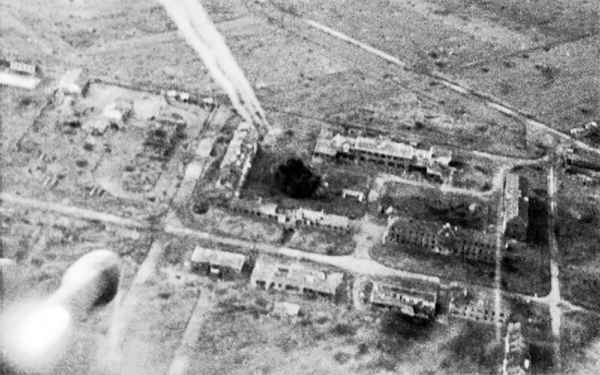 Rockets screech off the racks of an RAF Typhoon as it strafes the airfield at Carpiquet.

Operation Windsor was a Canadian-led drive on the airfield and village around Carpiquet, part of a greater thrust to outflank Caen during Operation Epsom. General Montgomery’s aim was to cross the river Odon and capture strategic points to the west of Caen, executing a pincer movement in conjunction with other British forces to the east.

The 3rd Canadian Infantry Division had been tasked with capturing the airfield – in fact, it had been one of their D-Day objectives. SS reinforcements moving up from the south had got there first, occupying the concrete shelters, emplacements and underground tunnels. They’d also laid vast minefields covering the approaches, and repurposed the airfield’s anti-aircraft guns for anti-tank defence.

Supporting the German defence was a battalion of Panzergrenadiers and 15 tanks. 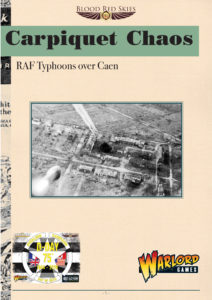 Blast a hole in the German defences and help the plucky Canadians capture the airfield. Carpiquet Chaos pits the Typhoons of No. 181 Squadron against Pips Priller and the butcherbirds of JG26.

This scenario uses experimental ground attack rules – the rocket-armed Typhoons have to knock out a well-defended anti-tank emplacement.

Discover the new rules for attacking ground targets in this free PDF! Make sure you log your games on our D-Day campaign site and contribute to the war effort!

The Canadian attack was supported by waves of Typhoon fighter bombers and a concentrated artillery barrage. The initial assault was driven back by artillery and anti-tank fire from across the Odon, but supported by lumbering Churchill engineering vehicles and flamethrower-armed engineers, the Canadians were able to neutralise the strongpoints and storm the airfield.

By July 5th, both town and airfield were in Canadian hands. SS counterattacks proved to be ineffective in the face of massive Allied air and artillery support.

We’re commemorating the commencement of Operation Windsor and Canada Day this week. Use the discount code CanadaDay2019 to get 15% off these fantastic products! 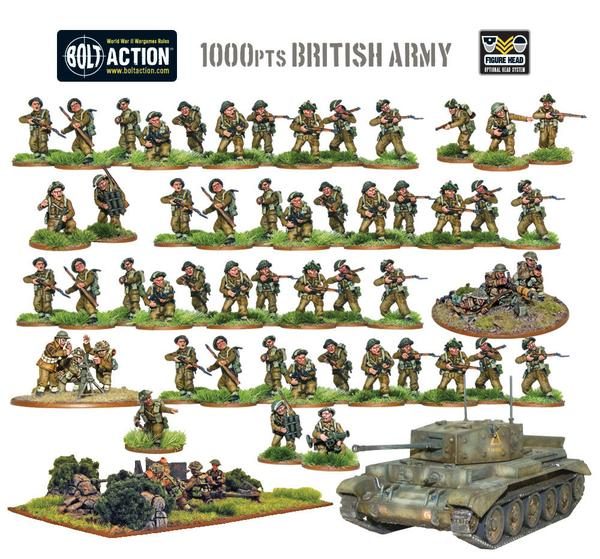 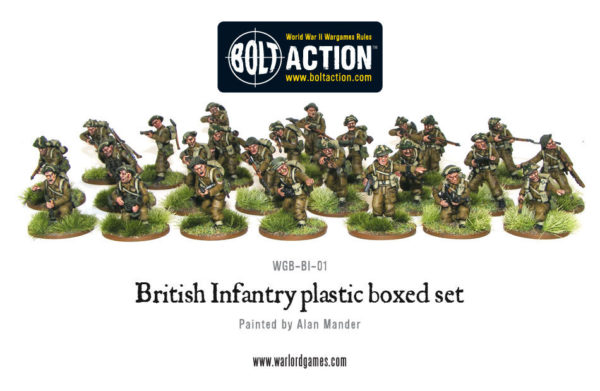 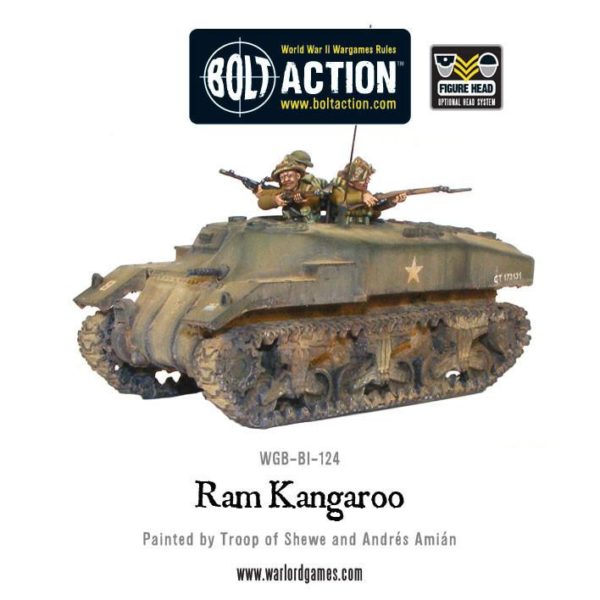 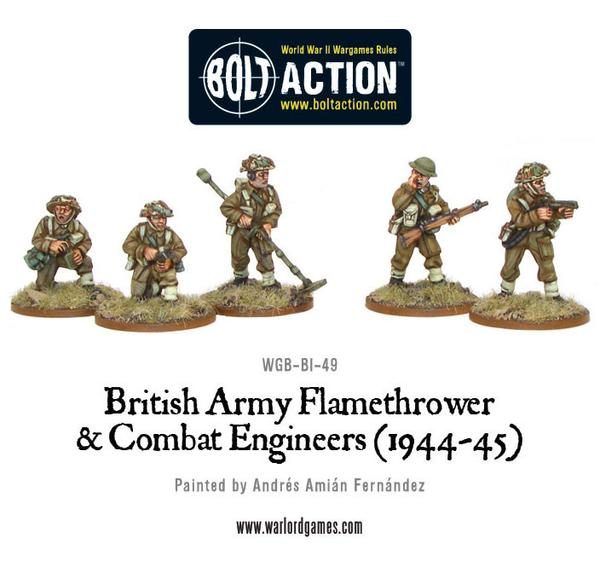 Tom spends most of his time buying books and painting miniatures. He enjoys putting animals on the bases of his miniatures and half-finishing side projects. Some say that he lives in a tower on top of some windswept northern hill with his wife and cow-patterned cat, Spaghetti.
View Profile | View all posts by Tom Mecredy
Pre-order: Korean People’s Army
Battle Report: The Winter of Discontent