“Nobby” Clarke was a Troop Sergeant Major (TSM) in the 11th Hussars. As the first British cavalry regiment to be mechanised in 1928, the 11th Hussars were outfitted with Rolls Royce and Morris armoured cars and were posted to Palestine in 1936 to suppress the Arab Revolt.

Mounted in relatively fast-moving armoured cars, the vast expanse of the Egyptian frontier was perfect country for the Hussars, who as part of the 7th Armoured Division was one of the core formations of the nascent Western Desert Force when war with Italy broke out in 1940.

A Rolls Royce armoured car of the 11th Hussars on the Libyan frontier.

From their patrol bases on the Libyan border, the 11th Hussars were some of the first Commonwealth troops to see combat in the desert, skirmishing with the Italians around border posts and fortifications along the frontier.

On the night of 12th June, TSM Clarke cut the wire and led 4 Troop into Italian territory to scout the enemy forces around Fort Maddalena.

His orders were to simply observe and keep a low profile. However, in keeping with the traditions of the 11th Hussars during his ‘clandestine’ journey to the fort, he managed to skirmish with a number of Italian vehicles before arriving at Maddalena.

The fort remained silent and no useful information could be gathered. Despite orders to lay low, Clarke decided that there was a better way of determining the fort’s strengths. Leading two of his troop’s cars Clarke drove at full speed towards the fort, opening fire with a mix of Bren, Vickers, and anti-tank rifles, waking up the defenders. 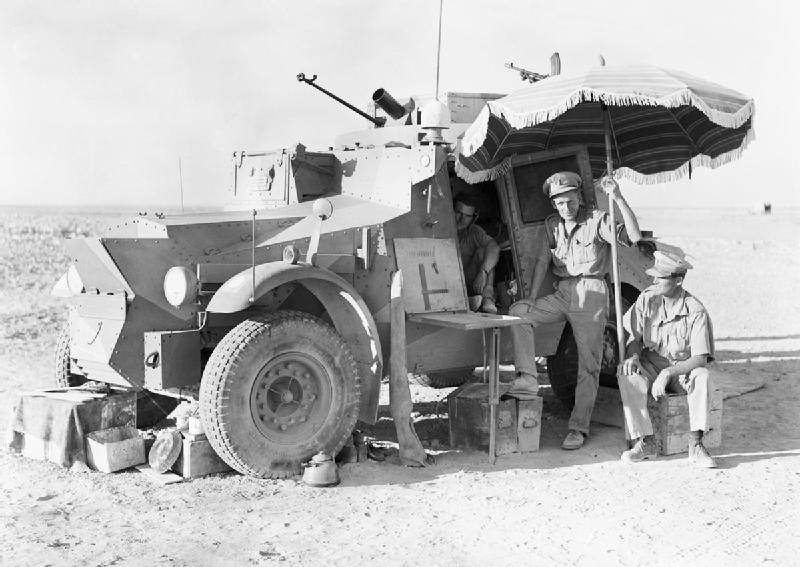 A Morris CS-9 of the 11th Hussars, somewhere in the Western Desert.

Almost at once, a storm of machine-gun fire came from the fortress, rattling the armoured cars and causing superficial damage. The Italians never left the fort whilst the troop drove around firing sporadically at the defenders. Only after the arrival of six bombers and nine fighters of the Italian air force did Clarke decide that retreat was the better part of valour.

For the next hour, the troop was under intensive air attack as it made its way back to the frontier, the armoured cars zig-zagging and turning away as each bomb fell. But for a few bomb splinters, the troop crossed the border to safety. The next day Maddalena was deserted. The Italians had abandoned the fort after the attack by the ‘madman’ the night before!

The best place for TSM Clarke and his upgraded Rolls Royce is at the head of a Western Desert Force platoon. Built around a compulsory squadron of Rolls Royce or Morris armoured cars, this platoon is perfect for players wanting a highly mobile fast-attack force.

Rounding out the force with some infantry and light support weapons allows you to contest and hold the objectives overrun by fast-moving armoured cars.

Getting Started with the Western Desert Force

Inspired to add the 11th Hussars to your collection, and disappear off into the blue with a squadron of armoured cars at your back? Grab one of our fantastic resin Morris CS9 armoured cars from the web store today! 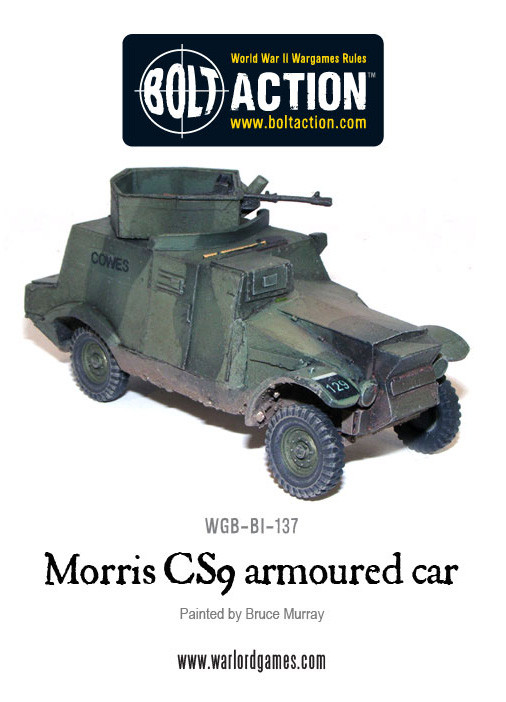 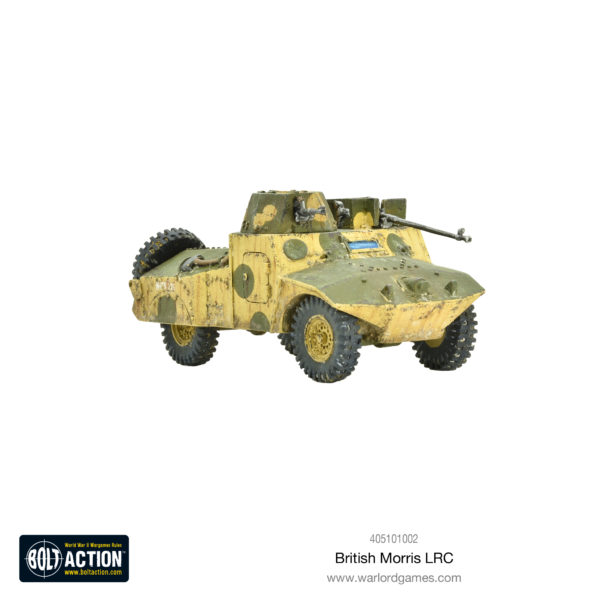 Tom spends most of his time buying books and painting miniatures. He enjoys putting animals on the bases of his miniatures and half-finishing side projects. Some say that he lives in a tower on top of some windswept northern hill with his wife and cow-patterned cat, Spaghetti.
View Profile | View all posts by Tom Mecredy
New: Warlords of Erehwon with Skeletons
Spotlight: The Red Fleet in Cruel Seas