HSK-7 Komet was a German auxiliary cruiser in World War II that operated as a Commerce Raider to disrupt Allied shipping.

Although a number of navies employed the use of commerce raiders in both World Wars, it was a particular practice of Germany to outfit merchantmen with hidden weaponry. These ships would then approach a target under a false flag with any hint of menace concealed and often with an adopted paint scheme. When the ruse was discovered it would often be too late, the victim already engaged at point-blank range with no avenue of escape. Over the course of World War II, the Kriegsmarines of Nazi Germany operated ten such auxiliary cruisers, with enormous success – collectively they are thought to have sunk or captured approximately 800,000 long tons of Allied shipping. These ships flew flags of neutral nations, or occasionally those of the Allies. To counteract these disguises, the Allies introduced a check-mate system to verify the identity of individual ships. 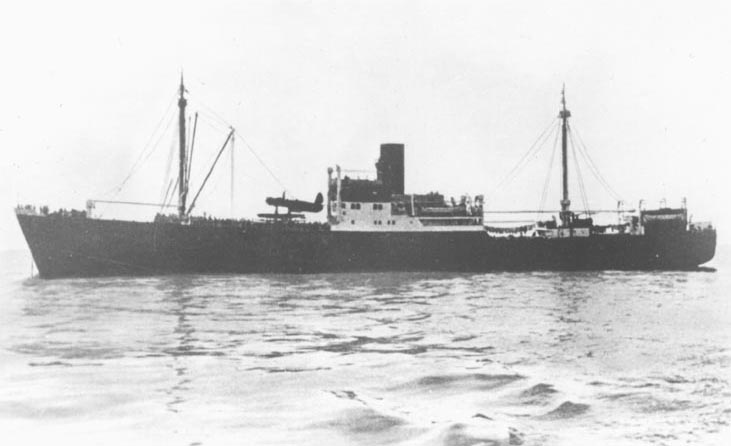 Known as Raider B by the Royal Navy, Komet was a merchant vessel originally operated by Norddeutscher Lloyd. Launched in 1937, she was requisitioned by the Kriegsmarine and recommissioned as an auxiliary cruiser on 2 June 1940. As part of her conversion, she was armed with six 15cm guns, one 7.5cm gun as well as one 3.7cm and four 2cm anti-aircraft guns. She was also fitted with six torpedo tubes and carried an LS2 class 15-ton fast boat and an Arado 196 A1 seaplane.

The Arado Ar 196 was a shipboard reconnaissance low-wing monoplane aircraft. It became the standard aircraft of the Kriegsmarine (German Navy) throughout World War II, favoured by pilots for its superb handling both in the air and on the water. Though no match for an enemy fighter, it was employed as a sub-hunter and was considered superior to its closest Allied counterparts.

Initially disguised as a Soviet Icebreaker under the name Semyon Dezhnev, and with the permission and assistance of the then supposedly neutral Soviet Union, the Komet passed through the Bering Strait, a feat that would not have been possible without the assistance of the Soviets – many of the German crews had yet to experience Arctic Waters. For this service, the Soviets demanded 950,000 Reichsmarks.

The Arado returns from a reconnaissance mission

The vessel then ventured south and re-disguised as the Japanese Merchantman Manio Maru. Operating in trio with the similarly disguised Orion and Kulmerland, they preyed upon Merchant vessels throughout November and December in the South Pacific. The Komet was instrumental in the attack on Nauru, arguably the major German success of the theatre disrupting the production of phosphate. The vessel was then ordered to the Indian Ocean but found frustration in the lack of Allied vessels to be found in the following months. She met more success later in the Panama Canal, still disguised as Japanese, sinking three vessels. She then moved towards New Zealand fearing Allied retribution and soon after received the order to venture home.

After nine months of repair, the Komet, with only two original crew members, set out once again disguised as a minesweeper from the Dutch occupied port of Vlissingen. This time though, the Komet was the hunted. On October 13th 1942, four groups of Royal Navy vessels intercepted the Komet. Although on this occasion, the Komet had been escorted by 4 MTBS, the Germans seem to have been caught totally unawares. MTB 236 observed the Komet as it was illuminated by a Starshell, and crept close enough to the vessel to unleash two torpedoes into it- The Komet sank with no survivors, off Cap de la Hague.

The German LS (Leichte Schnellboote, light fast-boat) craft was developed in 1939 as a midget torpedo boat for use with commerce raiders and with the (later cancelled) Type III U-boat. The LS2 assigned to HSK Komet carried three mines in place of rear-firing torpedoes. The engines proved unreliable and the LS2 spent more time being repaired than in action. It was destroyed by an engine fire.

The Komet hoists the Kriegsmarine flag.

This 3-D printed model has been painted by our illustrious leader, Mr John Stallard. He’s opted to paint it based on its initial Soviet disguise, the Semyon Dezhnev. The model was sculpted by Brian Carnes over at Sea Dog Games Studios. Go check out his work!

If you don’t have a 3D printer to hand, you can check out our range of Merchant vessels, afloat or (unfortunately) otherwise: 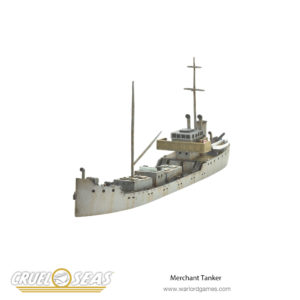 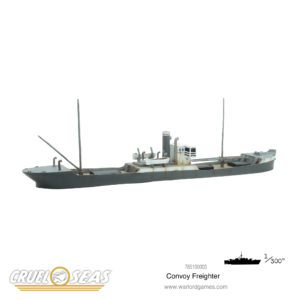 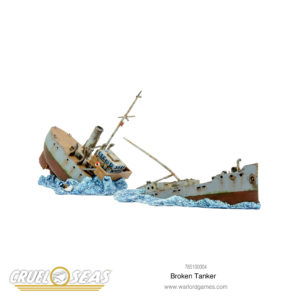