Spotlight: Battle of the River Forth

The Battle of the River Forth was the first Luftwaffe action over Britain. We examine the first combat of the Supermarine Spitfire.

Firsts over the Firth of Forth

The 16th of October 2019 marks the 80th anniversary of the Battle of the River Forth. The battle brought a number of firsts to the Second World War. It was the first Luftwaffe bombing action conducted against a British target, it marked the first enemy aircraft to be shot down by a Spitfire and indeed the first shot down at all over Britain. It was also the first instance of German personnel becoming prisoners of war upon British soil.

Two squadrons of the Auxiliary Air Force, no. 602 (City of Glasgow) and no. 603 (City of Edinburgh) squadrons, had only recently converted to the use of Supermarine Spitfires. At the outset of the war, they were assigned protection duty of Scotland’s central belt. The aircraft was swiftly becoming a favourite of the pilots, the iconic sound of the Merlin engine became fairly commonplace over the Forth. 602 Squadron was based at RAF Drem, whilst 603 Squadron operated from Turnhouse. 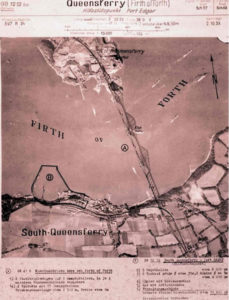 The Forth Bridge area prior to the Battle.

The morning of 16th October 1939 saw the deployment of two Heinkel He 111 aircraft of Kampgeschgwader 26 on photographic duty. They were based at Westerland on the island of Sylt, the closest Luftwaffe base to Britain at that time. Detected by RDF (Radio Direction Finder), Spitfires of 602 Squadron were scrambled to intercept, led by Flight Lieutenant George Pinkerton.

The German aircraft were spotted over Drem, and at around 10.21, Pinkerton’s group sighted one of the bombers and moved to attack. The Heinkel moved away from danger into cloud cover. Pinkerton and his wingman did fire upon the aircraft, though no damage was caused. These were the first shots fired in the air war over Britain.

The rest of the morning saw Spitfires on continual sorties to intercept further unknown intruders into British air space, though none of these resulted in any enemy contact.

Kampgeschgwader 30, led by Hauptmann Helmuth Pohle, had their target; the Royal Navy battlecruiser, HMS Hood, which was believed to have been sighted that morning. Four elements of three Junkers JU-88A-1 Bombers thus departed from Westerland, directed towards Rosyth Naval Base on the afternoon of October 16th. 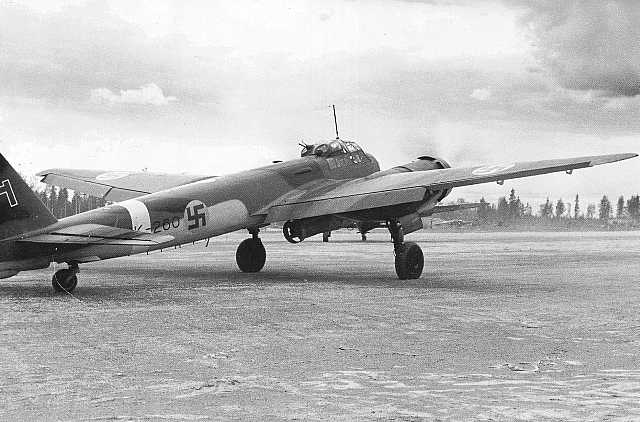 The USS Hood, however, was not to be found in the river. The earlier reconnaissance had mistakenly identified the HMS Repulse as the Hood, and this ship was in the dockyard. The Luftwaffe at this point in the war was under strict instruction to avoid civilian casualties; the Repulse was therefore not a viable target. They shifted their attack to the three ships that were in the target area in the River Forth: the HMS Edinburgh, HMS Southhampton & HMS Mohawk.

Pohle was the first to drop his payload, his chosen target was HMS Southhampton. He believed his bombs to have successfully hit and his flight turned South to escape the area just as the second wave was arriving.

No. 602 squadron had been scrambled around 14.00 to investigate unidentified aircraft over Trenant, but finding nothing there, Pinkerton was ordered north to the River Forth, whilst aircraft from no. 603 Squadron were simultaneously dispatched, in two sections; Red Section led by Flight Lieutenant Pat Gifford, and Yellow Section, led by Flight Lieutenant George Denham. 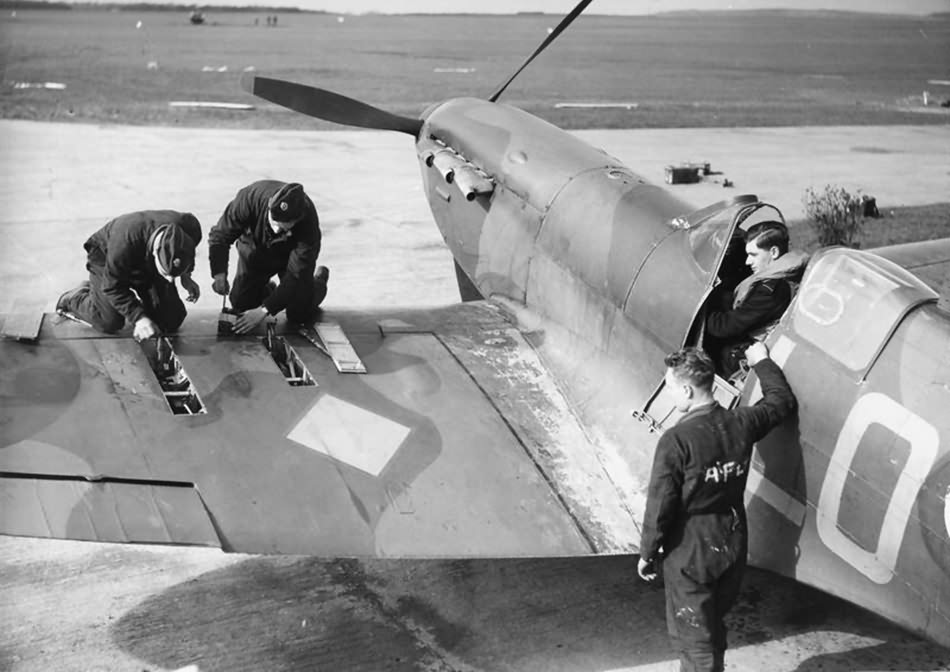 Both sections were too late to intercept the first two German elements, which had released their bombs and were attempting to flee the area. Yellow Section of no. 603 Squadron was the first to engage the enemy, spattering the second element with bullets as they attempted to retreat and causing damage to one of the Junkers. At this point, Red Section returned westwards and F/L Gifford effectively stole the kill, unaware that Yellow Section was in pursuit. He quoted the kill as being made at 14.45 and is thus credited as being the first man to shoot an enemy aircraft down in a Spitfire. The JU-88 crashed into the sea, and local fishermen recovered three survivors, shortly thereafter handing them into the custody of local police.

Meanwhile, Pinkerton pursued the first bomber group eastwards. This was the group led by Pohle himself. The three Spitfires managed to bring down his aircraft. As with the previous kill, the JU-88 ditched into the sea, and Pohle and one gunner were recovered and placed into custody (though the gunner died later). The rest of the afternoon consisted of a series of encounters as Spitfire pilots continued sorties. Though the third group of bombers did manage to drop bombs near HMS Mohawk, inflicting damage and causing casualties, the rest were pursued and driven off. One of the bomber’s routes took it directly over Edinburgh, preventing the pursuing Spitfire pilot from engaging for fear of collateral damage. 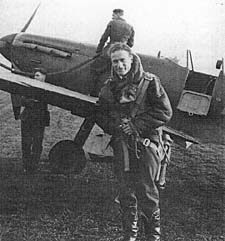 As this was the first direct conflict between the Luftwaffe and the Royal Air Force, the incident drew significant interest from both nations. It was widely believed amongst the British public that the intended target of the bombs was the Forth Bridge itself.

In the immediate aftermath, both British and German media were keen to demonstrate their successes. Both accounts were extremely exaggerated – a symptom of propaganda that persisted through the duration of the war. The Germans, for their part, reported that they had inflicted significant damage to two British cruisers and though two of their aircraft were ‘missing’ they had shot down two enemy aircraft in return. The British claimed as many as six enemy aircraft shot down and that no significant damage had been inflicted by the German bombs.

Neither account proved accurate. Whilst two German bombers were indeed shot down, it was discovered that a third had been damaged (though the source of this damage remains undetermined), limped its way to Holland and crashed there. British losses were hushed by the press; HMS Mohawk had actually suffered significant damage. Sixteen personnel lost their lives (including her Captain) and an additional 44 were wounded.

Bring the splendour of the Supermarine Spitfire to refight the legendary dogfights of the Battle of Britain and beyond. The best place to start is with the ‘Battle of Britain’ starter set, which includes 6 Spitfires MKIIs and 6 Messerschmitt BF-109Es, plus tokens to represent bombers. Once you’ve got a few flights under your belt you’ll have the extra rules to introduce the play cards that really bring your fighter aircraft to life, allowing you to fly them just as they would have been by the Aces of WW2! 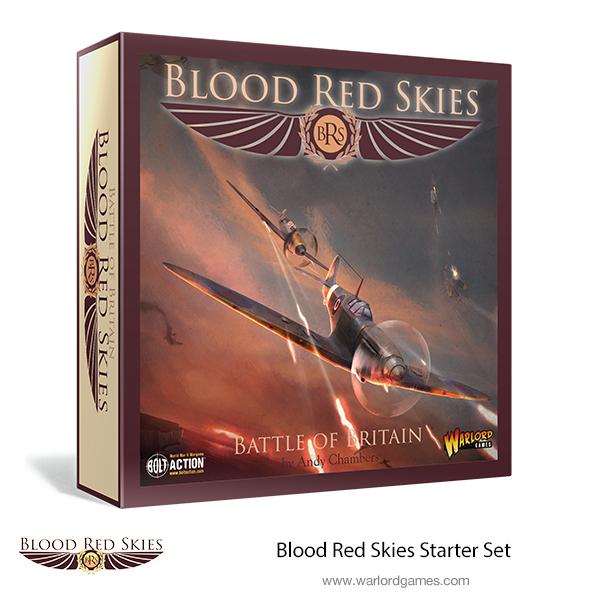 You can add further squadrons to your wing, and add Aces to the Fray! 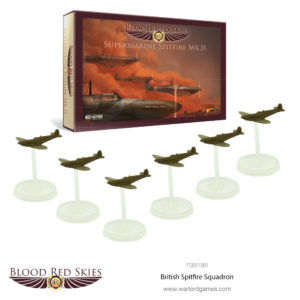 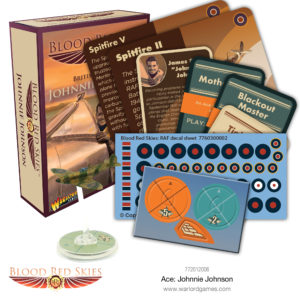 Coming soon to Blood Red Skies is the Junkers JU-88C. The C was based on the A-series, but was designated a fighter-bomber. It had a sheet metal nose that mounted fixed forward-firing guns.

Below is an early work in progress render of the forthcoming model, due 2020.