More men for the cause; send the Axis forces diving for cover with the new Soviet Assault Engineers squad and Soviet Support Group. 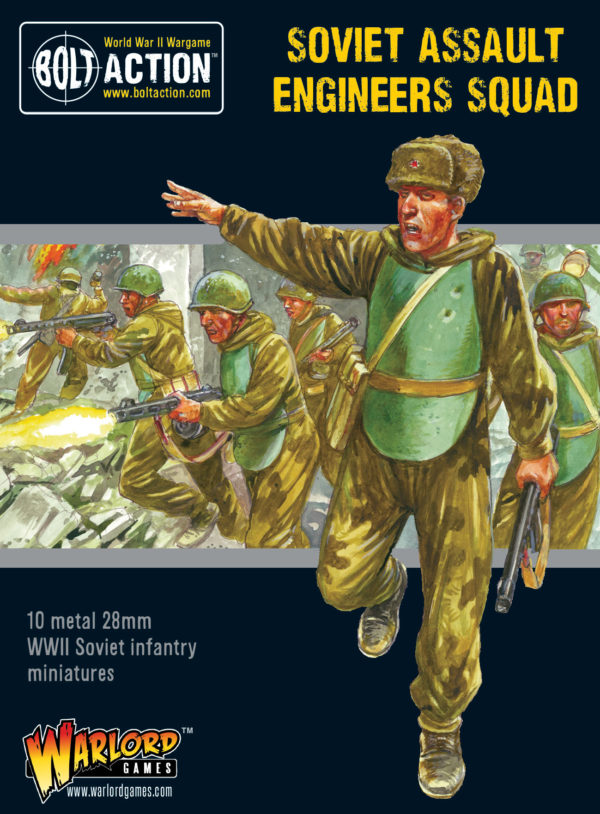 Soviet formations were sparsely served when it came to transport and rear-echelon support due to shortages. Pioneer detachments were a notable exception. Their expertise was too essential to do without: bridge-building, demolitions, fortification construction and minefield placement and clearance. These all required skills the conscripted masses did not have. Assault engineers were specialists tasked with liquidating enemy strong points during an advance and clearing obstacles to allow tank units to breakthrough. This was extremely dangerous work with a high casualty rate (even by Red Army standards) and assault engineer units were sometimes equipped with SN-42 body armour to give them a fighting chance. 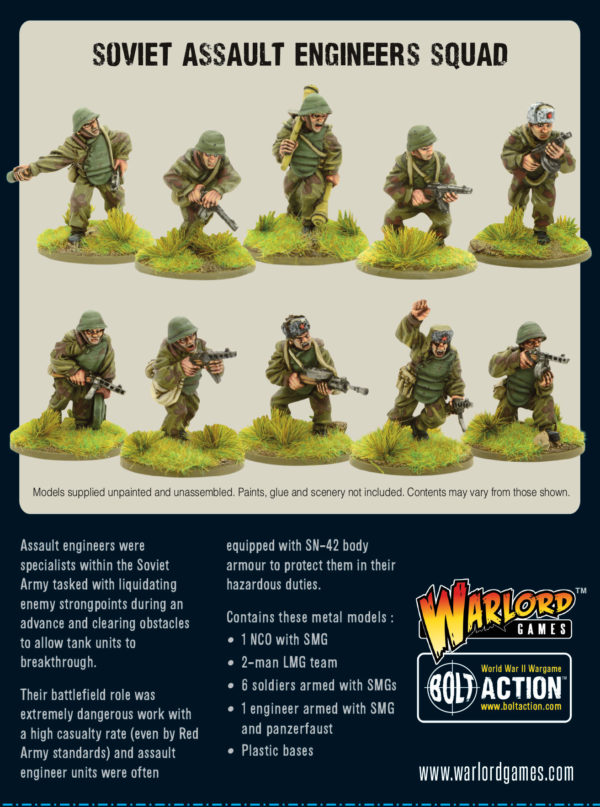 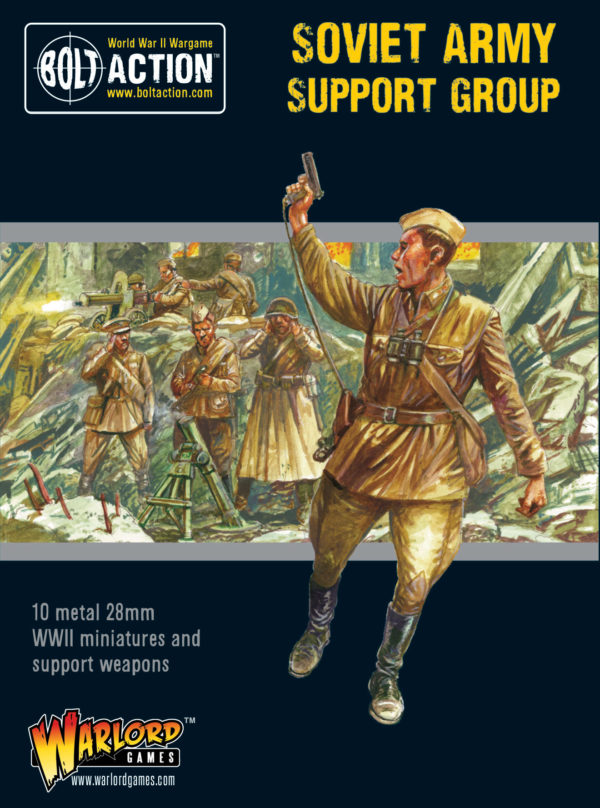 Like the soldiers they commanded, many Soviet officers were inexperienced and lacked training at the beginning of the Great Patriotic War. Stalin’s ruthless purge of the officers of the Red Army in 1937 had denuded the organisation of leadership and left deep scars in the survivors’ minds. Throughout the war, showing initiative was seen as a dangerous trait; most Soviet officers would follow their orders to the letter even if they meant marching their men to certain death.

Soviet operational leadership improved immeasurably over time, but the heavy casualties endured by the Red Army indicates that overall battlefield control remained a blunt instrument. Great reliance was placed on forward planning, timetables and pre-set objectives to overcome shortcomings. An officer unit consists of the officer himself and can include up to two other men acting as his immediate attendants. You can rate Soviet officers as Inexperienced, Regular or Veteran.

The standard Russian medium mortar of the war was the 82- PM-41 or 82mm battalion mortar Model 1941. This served alongside the otherwise similar 82mm Model 1937. Both were very effective and accurate weapons with a range of about 3,000 yards. 82mm mortars were regarded as artillery rather than infantry weapons by the Russians; they usually massed them together in batteries for battalion-level support.

The Red Army used the venerable Maxim Model 1910 as its medium machine gun throughout the war; it was the very same weapon that had served the Tsarist army in World War I. It was a capable weapon that could be tripod-, sledge or wheel-mounted and was often given a useful shield to help preserve the crew. The Maxim was so heavy and cumbersome, however, that, unlike most other Soviet weapons, the Germans seldom made use of captured examples. The Maxim was slowly replaced by the newer, lighter but equally effective SG43 model machine gun, which was also usually deployed on a small, wheeled mount with a gun shield. 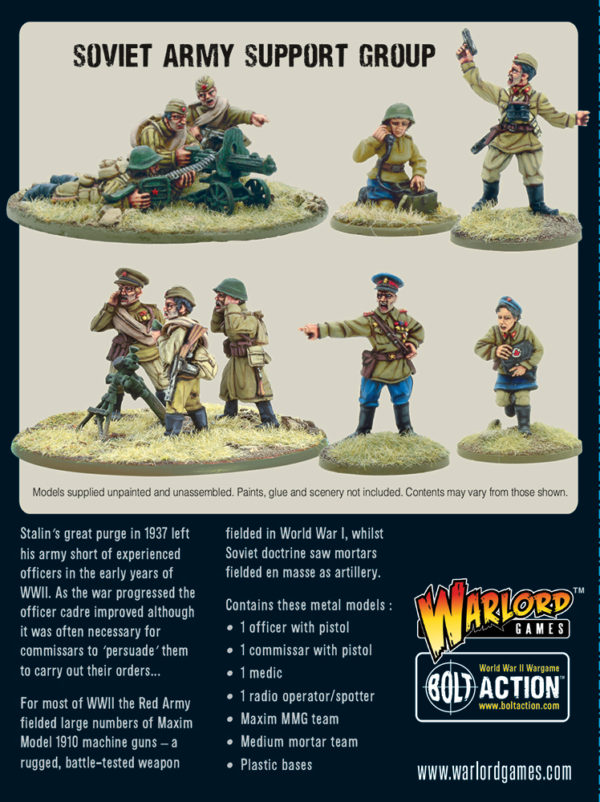