The Anglo-Zulu War (January-July 1879) has become defined by the battles of Isandlwana and Rorke’s Drift, both covered admirably by research, publications and even movies. What is less well known is the conclusion to this conflict, when Great Britain moved its war machine into full effect against the Zulu. 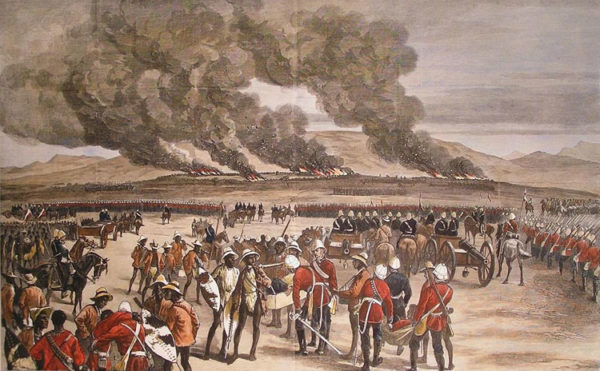 Lord Chelmsford had always sought a battle in the open with the full Zulu army, something that the main Zulu Impi had adroitly avoided. By overwhelming Chelmsford’s central column at Isandlwana in such a spectacular fashion, the Zulu nation had sealed its doom. The British had been badly mauled, and their pride dented badly; Chelmsford himself needed a decisive victory if his reputation was to be saved. His replacement had already been despatched to take over, Wolsely, so he needed to finish the campaign once and for all. By advancing steadily to Ulundi, Cetshwayo’s capital, he would force the battle he needed. The Zulu king played into his hands, throwing the dice on a pitched battle to see off the invaders. He would have been wiser in retrospect to avoid the clash, indeed he sent emissary after emissary to sue for peace but it was not to be.

The British army was well equipped and confident and advanced on the capital preceded by their excellent colonial cavalry who skirmished and scouted ahead. 3000 Zulus lay in ambush and there was a sharp action, indicating that the Zulus were going to fight.

At 6am on the 4th of July, the British army advanced, formed in one huge square, eager to see off the Zulus in classic fashion. The front face of the oblong was formed by the 5 companies of the 80th regiment formed in four ranks and bolstered by two Gatling guns in the centre, two 9 pounders on the left and two 7 pounders on the right. The left side had the 90th light infantry and 4 companies of the 94th with two more 7 pounders. The right face was comprised of 13th regiment and four companies of the 58th together with two 9 pounders and two seven pounders. The rear face had two companies of the 94th, two companies of the 21st and two guns, with the two cavalry regiments of the 17th Lancers and the Kings Dragoon Guards eager to do battle. There was also a company of Royal Engineers and a battalion of Natal Native Contingent.

In all the British force was formidable, 5,317 men, mostly equipped with the deadly Martini Henry rifle and well trained gunners. The Zulus had massed 20,000 men to resist the Redcoat advance. Chelmsford had got his set piece battle and the course of the battle had an inevitability about it, science versus pluck. 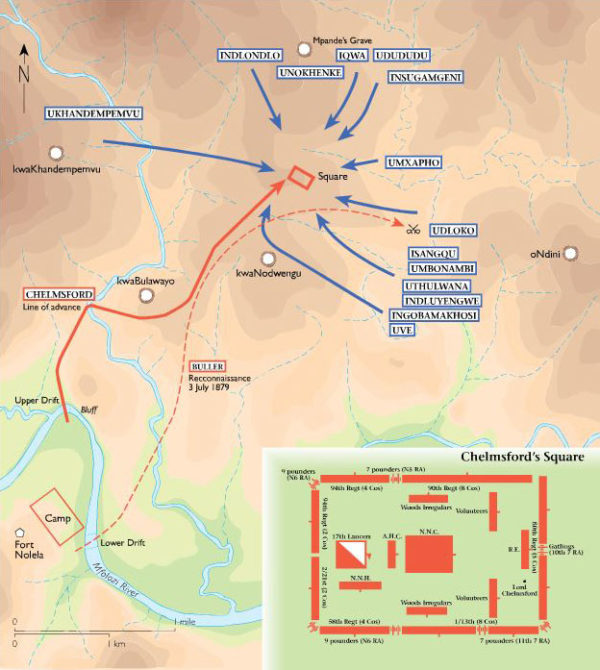 Map from The Zulu War 1879 courtesy of Osprey Publishing

The Zulus came on in the same old way, goaded and stung by carbine fire, and then taken under artillery fire at 2000 yards. It was a frightful slaughter. The Zulus carried out their orthodox Horns of the Buffalo tactics of double envelopment, much to the British satisfaction, who simply mowed down the furious warriors with rifle bullets, shells, canister and Gatling fire.

None reached the square though some intense fire was experienced by the Redcoats, but the Zulus fired high, resulting in few wounds or deaths. Within half an hour the Zulus were fleeing, pursued viciously by the Lancers and Dragoons and the NNC who had scores to settle.

Over a thousand warriors died that day and few prisoners taken. The British lost just ten men. The Zulu empire was no more and Chelmsford had extracted a terrible revenge.

Re-enacting the battle on the table-top

Purists amongst you will wish to recreate the many British and Zulu units in this large battle as closely as possible. This is laudable, but possibly madness. The forces are huge and the British square will cover most gaming tables in itself. I think it is more sensible to fight Ulundi style battles, rather than robotically re-create what was in effect a scientific slaughter where there was no chance for the brave but doomed Zulu force.
I suggest a game where the royal Krall is indeed the target for the redcoats, to burn it out and punish the tricksy Zulus. This could be achieved a number of ways.

They could raid it with their cavalry and set fire to the huts.

They could use their NNC to skirmish forward and attack the buildings.

They could stand off and use shells from their numerous guns to bombard the huts, or they could also just storm it with fixed bayonets and a loud English cheer!

Chelmsford was paranoid about losing men and sensibly used the dense square to ensure slow but steady success. What we need to do is to throw some alternatives in to the game to stop it being merely a mincing machine.

Firstly, we can alter the British and Zulu order of battle. Perhaps the British don’t have the Gatlings, less guns or incomplete ammunition – ruined by atrocious downpours or used up in petty skirmishes on the approach march to Ulundi. Maybe more troops had to be left behind to secure fords, roads and choke points. Chelmsford had over 600 wagons with teams of 16 oxen each, a huge target for marauding Impis. Maybe all the NNC, realising they were just ten miles from certain death, desert the night before, or break at the first sight of the massed Zulus. 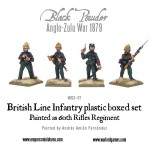 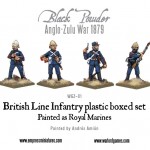 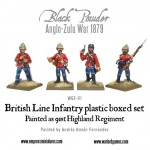 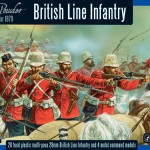 Secondly, many of Chelmsford’s men were young and inexperienced. There are accounts from officers who were present who state that quite a few of the young soldiers, average height of  5’5”, were firing poorly, slowly or not at all. A movement back by an unnerved unit could spell disaster for the square. Feel free to alter the stat lines for differing units. 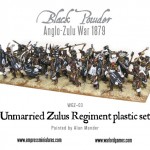 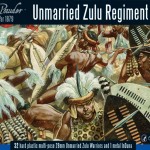 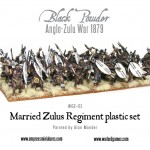 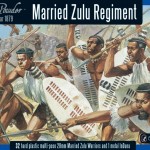 The Zulu army was a mixture of young unmarried men who had no idea of how horrible it was to face the redcoats. They could be given extra bonuses to their Morale in the first few turns, at least until they feel the power of the British rifle fire. The more experienced married regiments would use cover more effectively, relying on stealth and guile to approach the redcoats – any young fool can dash forward and be shot down. Those that fought at Khambula and Isandlwana should be given more modern rifles too, making it tougher for the British troops.

Finally, as we are in command of our miniature armies, why not use different tactics and generals even? Maybe Wolsely had caught up with Chelmsford and sent him home in disgrace, and would then have to learn himself on how best to beat the Zulus. He may well have advanced in lines, confident that massed firepower and cavalry flank charges would be a match for the Zulus. It would certainly lead to a more interesting and challenging game.

And finally, Cetswayo himself. He watched the battle from afar that day, but what if he commanded in person, overruling his generals who would bravely but foolishly dash his fine warriors on the redcoat ranks? He was no fool and no coward. He was clever and knew well how the white men thought. Why not try the battle with some homemade rules for Cetswayo in charge, trying different tactics to the one-trick pony Horns of the Buffalo?

However you play the game, have fun, for this is simply that, a game. 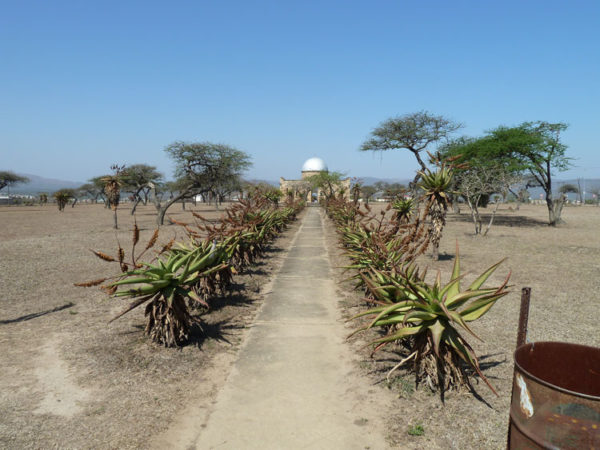 Memorial to the fallen at the Battle of Ulundi.