This Saturday sees the launch of our much-anticipated new Sci-fi game, Beyond the Gates of Antares!

As part of a set of exclusive bonus items – if you pre-order the starter set, ‘Strike Vector One: The Xilos Horizon’ direct through the Warlord webstore BEFORE the launch date of Saturday 7th November, you’ll receive a limited edition miniature – the dismounted version of Fartok, Leader of Battlegroup Nine! 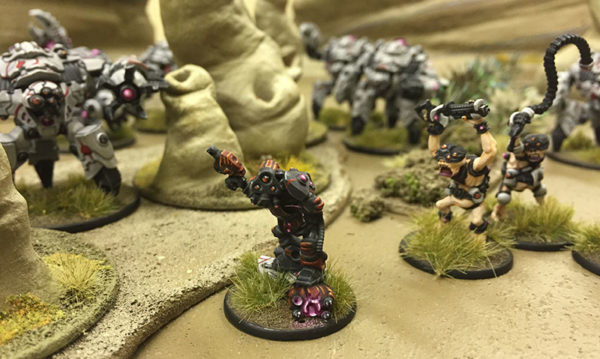 This miniature will not be available again! This is your only chance to get hold of him… once the game is released, we will retire the mould! 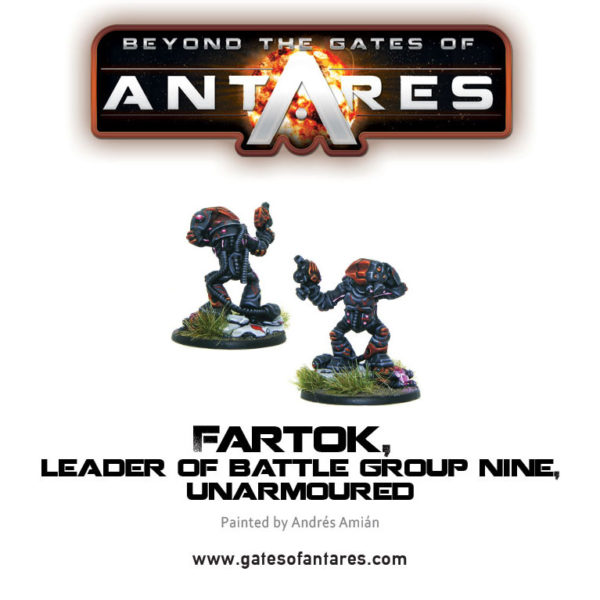 If that wasn’t enough to convince you…

Remember – it’s not only the Fartok miniature which is supplied exclusively when you pre-order direct through the Warlord webstore – you’ll also receive a copy of the box cover artwork, hand-signed by none other than Rick Priestley himself – and PDF download of both the Ghar and Concord army lists! 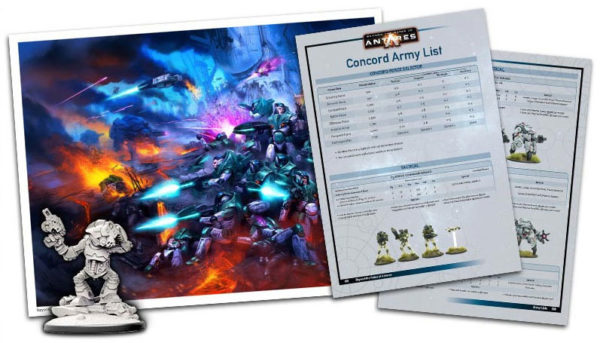 Today we have a brand new scenario, not yet published – hot off of Rick Priestley’s desk… ‘Run, Fartok, Run!’ – which features the exclusive miniature! 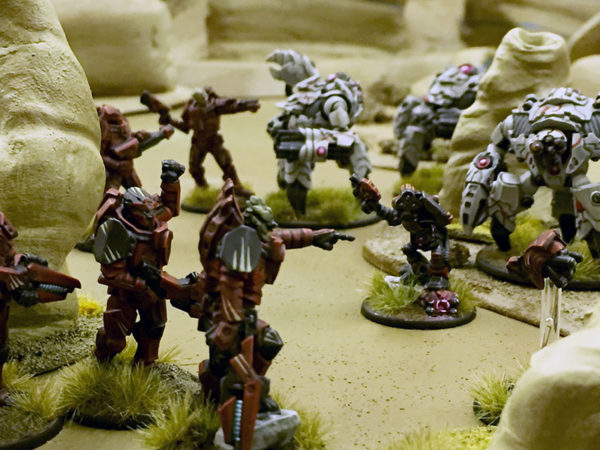 Fartok – High Commander of Ghar Battlegroup Nine leads the charge against an Algoryn bastion on Ephra when his forces are suddenly attacked from all sides!

Fartok’s battle armour is struck and immobilised. All around him Ghar warriors are either dying or fighting for their lives.

Fartok manages to free himself of his armoured casing, but now he is vulnerable and alone amidst the confusion of battle. Without powerful battlearmour suits Ghar are practically blind, feeble and defenceless. None-the-less they are determined creatures and none moreso than Fartok himself…

This scenario has been designed to make use of the exclusive miniature, has been play-tested by the Warlord staff amidst a sea of cheers and our trademark poor dice rolling skills…

We hope that you enjoy it too! 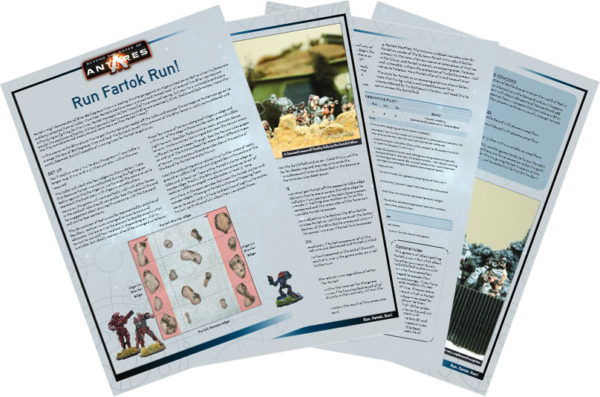 Don’t forget – get your pre-order placed before the launch date (7th November) to secure the exclusive items available only when pre-ordering direct through the Warlord webstore!

– The box cover artwork personally signed by the game’s creator Rick Priestley
– Free PDF downloads of the Ghar and Concord Army lists from the book
– The exclusive pre-order miniature Fartok, Leader of Battle Group Nine, unarmoured – this figure will not be available again after launch day! 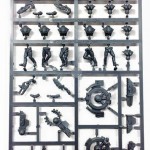 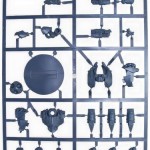 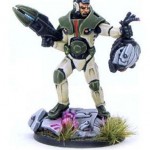 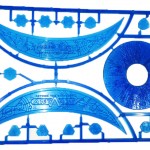 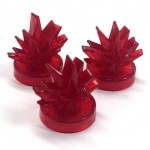 Again – these exclusive items will not be available beyond the official release date of the 7th November – so get your pre-orders in as soon as is possible to secure them! 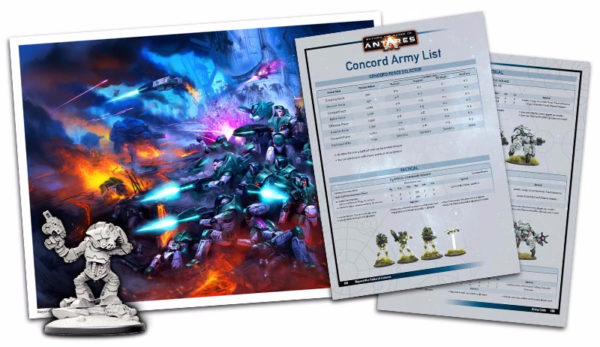 PLUS! If you order the Beyond the Gates of Antares starter set direct from the Warlord Games webstore it is free postage, that’s right your copy of the Xilos Horizon starter set will be shipped to you ABSOLUTELY FREE!..