With the 200th anniversary of the Battle of Waterloo just weeks away, we’ve been concentrating on our growing Napoleonic range. We’ve been releasing brand new kits like the plastic Chasseurs à Cheval and the Old Guard Grenadiers, reorganising sets to make them more manageable by gamers and even repackaging our fantastic Napoleon’s Berlin Carriage model into a splendid new box! 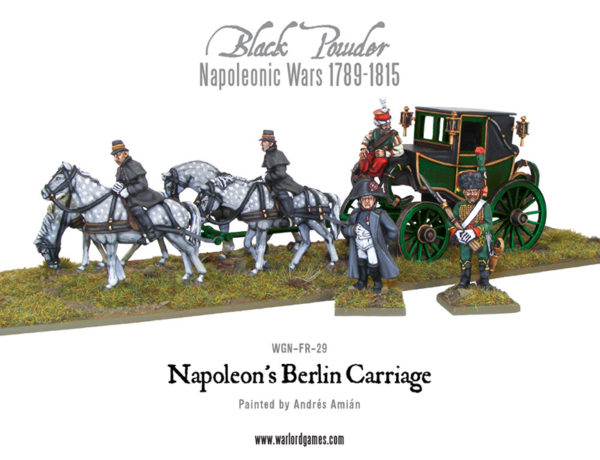 Napoleon fought many long campaigns and, whilst an able horseman, he preferred to travel in style and favoured this ‘Berlin’ carriage. The Berlin was so named after a style of well-built carriage found in Berlin that was light, stable and, more importantly, comfortable with two seats and the whole suspended by thick leather straps. 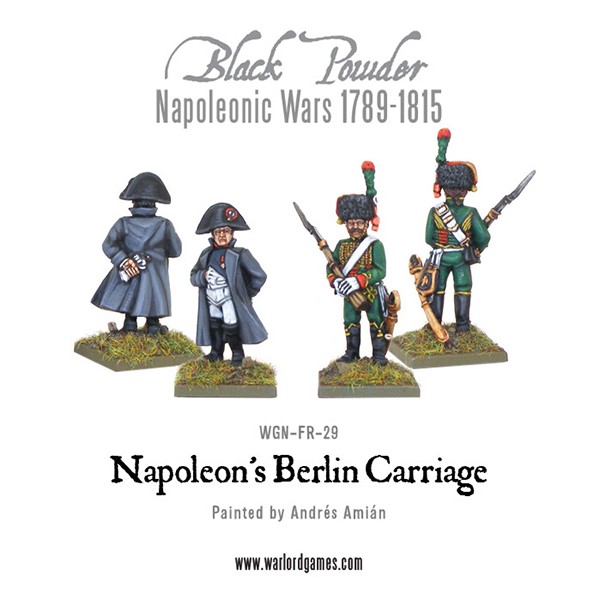 This carriage accompanied Napoleon into Russia, and was eventually captured by the Prussians when he fled at Waterloo, even leaving behind his trademark hat such was his haste to save himself. 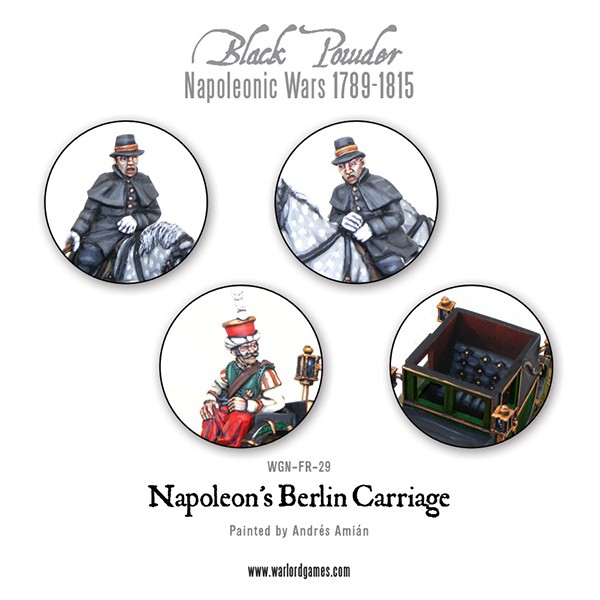 Napoleon is shown here guarded closely by a vigilant Chasseur à Cheval of the Guard and his fearsome ‘Mamaluke’ manservant Roustam. The carriage’s team of four quality horses could be increased to six if the terrain or journey warranted it. 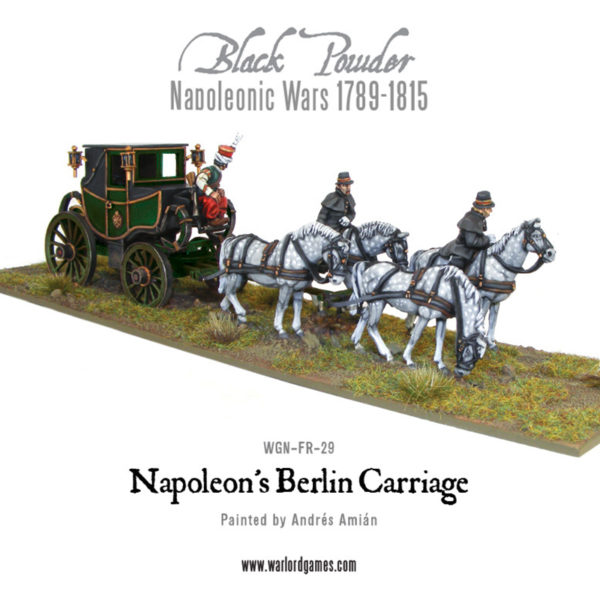 Place this beautiful carriage as a centerpiece for your army, use it as an objective, or have it handy near the table’s edge if things are not going to plan! 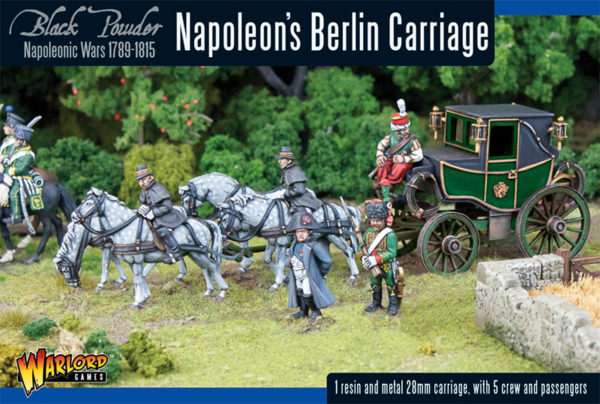 Napoleon makes the ultimate general for a French army (you can find his rules in the Albion Triumphant volume 2 supplement).

If using Napoleon and his Carriage as a command piece the following rules apply:

The model moves as a mounted Commander.

The famous carriage is an inspiring sight for the French troops. When measuring command distance , measure from Napoleon’s head as normal, but count the distance as 12″ closer than it actually is – so 24″ counts as 12″, 36″ counts as 24″, etc.

If the Emperor’s life is in danger, Napoleon’s bodyguard will whisk him back into the carriage and away to safety. If Napoleon would for any reason be removed as a casualty, instead roll a dice. On a 1, the Command model is removed as normal. On any other result, Napoleon survives and he and his carriage are moved 12″ towards the nearest friendly table edge (stopping if they reach the edge).

You can find a wealth of rules and details for fighting battles from the Hundred Days Campaign, including the Battle of Waterloo, in our Albion Triumphant volume 2 supplement: 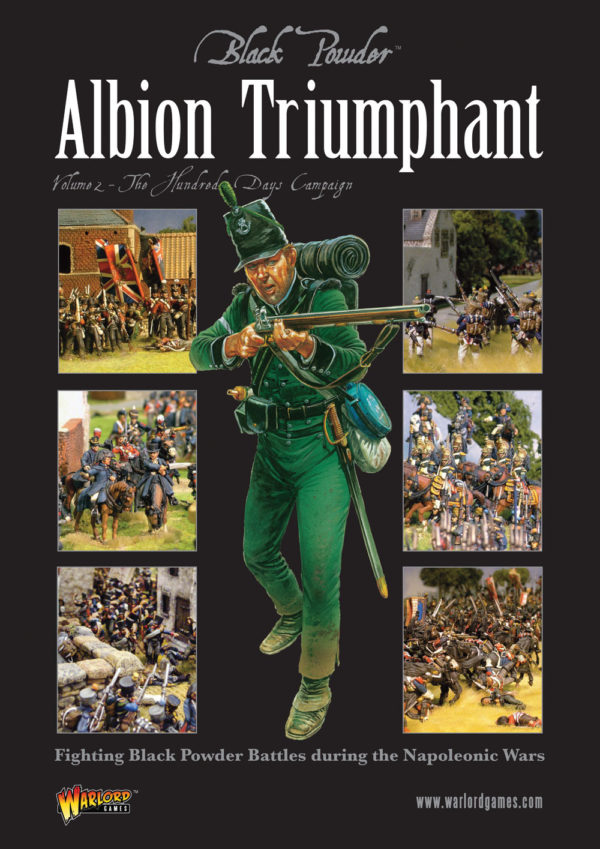