The Bystrokhodny (which means ‘fast tank’) series were built in massive numbers, serving the Soviet military well for several years.

The concept for these vehicles originally came from the Christie Tank design, unsuccessfully shown to the US military. The Soviets used their contacts to get the plans and specifications over to them, along with two prototypes but without the turrets (assigned the name ‘BT-1’). These vehicles were successfully transported over, with all paperwork describing them as “agricultural tractors”.

Based upon the prototypes and Christie’s plans, three unarmed BT-2 were produced. These tanks would later feature 37mm gun and coaxial machine guns, but shortages meant that some were just armed with three machine guns and no main gun!

The BT series featured many different versions all based on the same chassis, and could also be found fighting in the German army. The BT series were fast, reaching speeds of around 56mph – and featured hard rubber road wheels and a chain drive, which enabled them to run without the need for tracks, making them even faster when on roadways and clear ground. The Soviets employed their characteristic philosophy of keeping their war machines mechanically simple and utilitarian –  the BT-7 could therefore be repaired fairly easily in the field by the crew.

The BT series served the Soviets as their main battle tank throughout the mid-war period – and would later be replaced entirely with the more numerous and cheap to produce T34s.

Developed in 1932, the BT-1 was practically a carbon-copy of the American ‘Christie’ T-3 chassis – with a 350bhp Liberty petrol-fuelled engine, it was capable of road speeds of 40mph with its tracks on, or up to 65mph without tracks.

With a three-man crew, it weighed 10 tonnes, was 18 feet long, 7ft4in wide, and 6ft4in tall. The BT-1 was armed with a pair of machine guns, was a turretless prototype, and only a small number were ever produced. 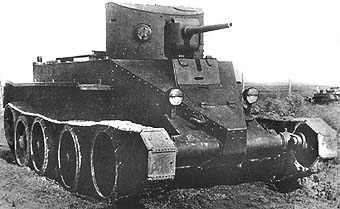 The BT-3 was a further improvement on the BT-1 chassis – replacing the spoked roadwheels with solid ones, and a 45mm main gun – only a few were built, and most were later adapted into bridge-layers, plus a few adapted into Flamethrowing vehicles.

The BT-4 mounted a pair of twin-DT machine guns in the turret – only 3 tanks were ever built! 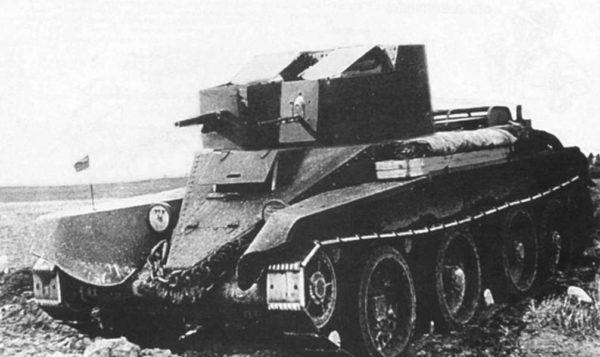 The BT 5 was armed with a 45mm 20-k gun with co-axial machine gun and featured a cylindrical turret. 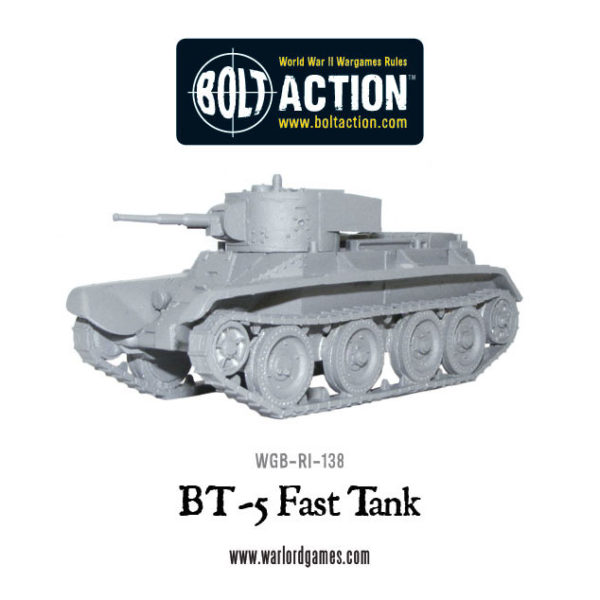 The BT-7 was lightly armoured and featured a light anti-tank gun. However, when faced with the Germans’ well armoured tanks, they struggled, losing over 2,000 BT-7s in the first year of fighting. Hundreds had been immobilised before the invasion mainly due to poor maintenance and had to be abandoned as the Soviets retreated eastward. Despite this the BT-7 would go on to see action against the Japanese, who lacked the heavy tanks the Germans had fielded. 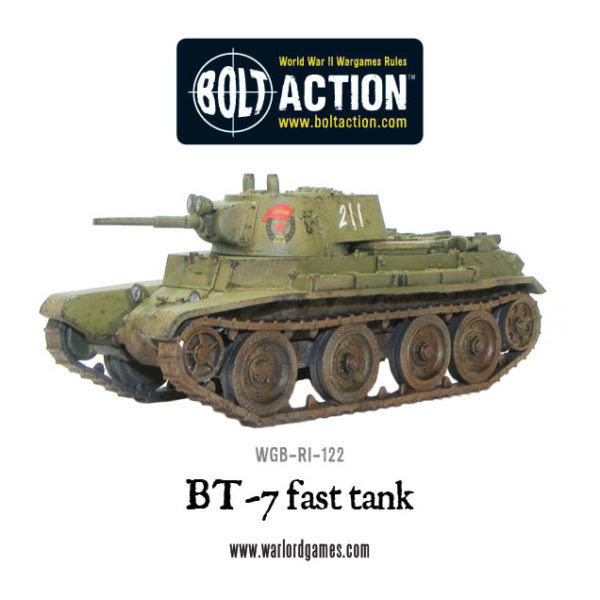 Whilst sharing the same chassis as the other BT-7s, this particular tank was armed with a short barrelled 76.2mm cannon. This became the weapon of choice when confronted with the much more heavily armoured German tanks. This armament would later be seen on the highly successful T-34 series. Again, these tanks also saw action against the Japanese, easily being cable of penetrating the much thinner armour of Japan’s tanks.

The BT-7A went into production due to the need of some extra firepower and to provide the infantry with some decent support. This version featured additional bracing for rigidity due to the heavier howitzer, with an escape hatch underneath the tank and was equipped with a smaller air filter for the crew. The other key change from the regular series was the diesel powered engine, a far superior one compared to the standard gasoline version, giving more power to the little tank. Eventually all gasoline powered versions were removed from frontline service. Around 154 of these support tanks were made, featuring a drum-shaped turret holding around fifty rounds of ammunition. This version of the series was slightly heavier than the rest due to this extra ammunition and larger cannon. Along with the other variants in the series, the BT-7A was mechanically reliable and was respected by her crews for its performance on the field and the ease of looking after the tank.

Such was the usefulness of this tank that the German used them to cover their rear in actions against flanking Soviet attacks. However, the tank would frequently go up against the better armed and armoured German tanks, and it was not designed for frontline combat, easily being out classed by the later German armour. With this in mind the series was largely replaced by the T-34s but still remained in service throughout the war and beyond. 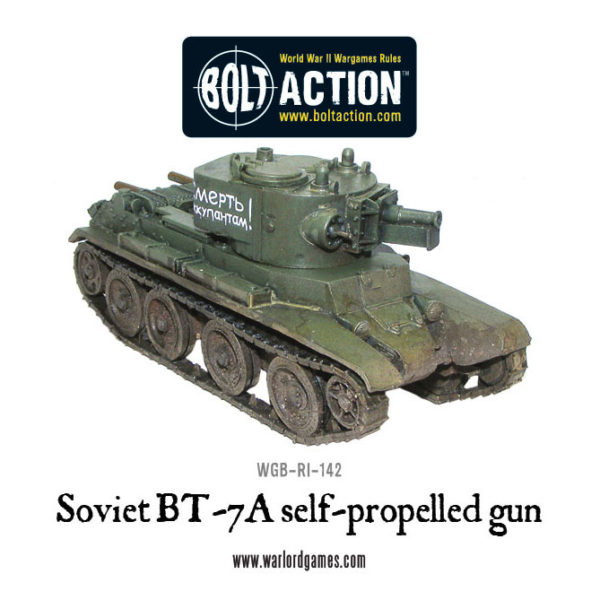