Our Fallschirmjager boxed set will be released in January along with some tasty new models for the airborne forces of the Reich! Here’s a quick heads up on some of the new stuff: 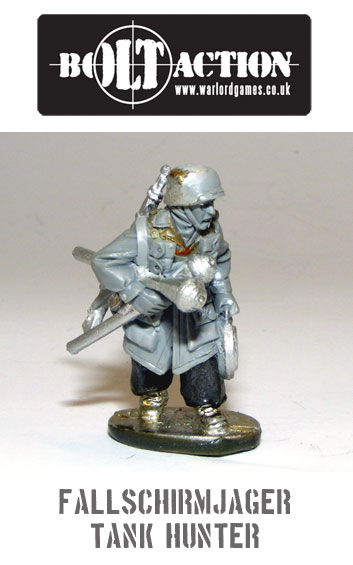 First off we have one of our forthcoming Tank hunter models. Obviously, he’s laden down with Panzerfausts and Teller mines as he stalks his armoured prey. Woe to the Sherman which falls into his sights! 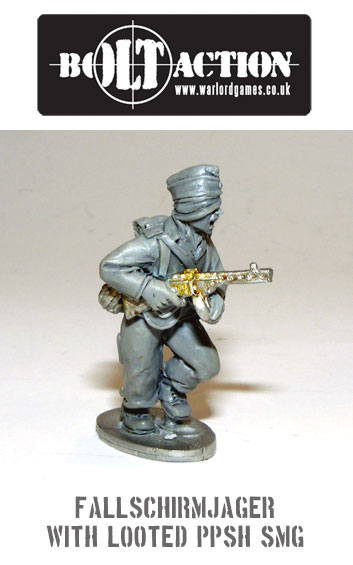 Next up are a couple of miniatures from our Fallschirmjager with looted weapons pack.

This wounded Jager is carrying a Russian PpSH which means that he’ll be able to lay down a hideous volume of firepower once the action starts to get hot. Most armies wouldn’t hesitate to make use of enemy weapons and this veteran has plucked his weapon from a fallen Soviet soldier. 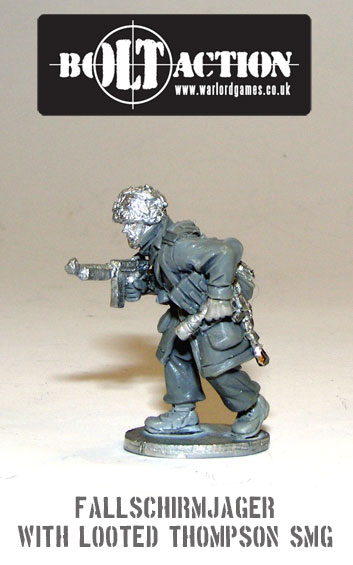 Lastly we have this lucky paratrooper with a looted Thompson sub-machine gun. The Thompson was a wickedly efficient weapon for close assaults and you can be sure he’ll be using it to full effect until the ammo runs out.

All of these excellent miniatures will be available soon. However, you can get the rest of your Fallschirmjager force together in the appropriate section of the Warlord webstore now!