West African troops from France’s colonies provided fierce and loyal troops to the French army in two World Wars. Though raised across France’s territories in west, central and east Africa, they took the title Senegalese in honour of the first black Tirailleur regiments formed in Senegal. 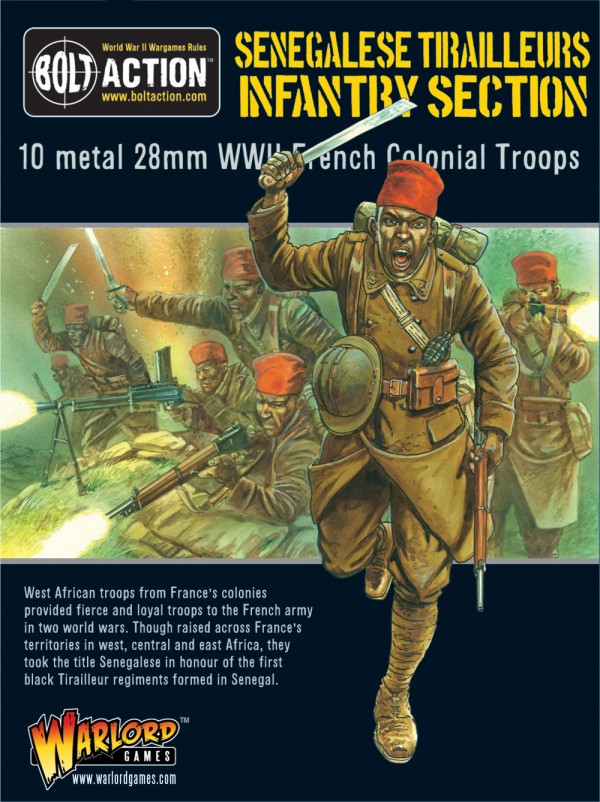 Ever since the 1850s France had recruited troops from Senegal and other West African countries in her Empire. By 1940 nearly ten percent of the French army was formed of Colonial units. 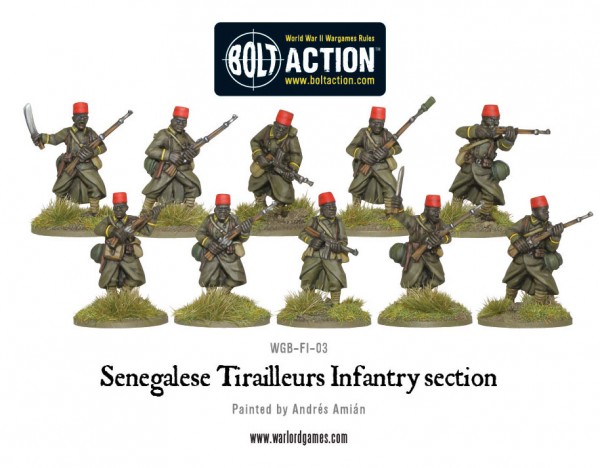 They soon earned a reputation for tenacity and ferocity in combat and gave a very good account of themselves in dozens of actions as the Blitzkrieg overwhelmed France. Fierce in attack, and stubborn in defence, the Senegalese were feared and often despised by German troops who objected to the West African traditional close combat weapon, the Coupe-Coupe, a massive heavy-bladed knife that the troops wielded to great physical and psychological effect!

You also get the Senegalese Tirailleurs Infantry section in the new 1000pt French army deal a great way to start a French army and save yourself some money too.

Alessio is writing rules as we speak for a Bolt Action theatre selector for late war Free French, to get your Senegalese into action!