We’ve been promising them for a while and as usual Warlord has delivered. If the Royalists or standard Parliamentarians aren’t to your liking, then how about you give our Scots Covenanters a glance: 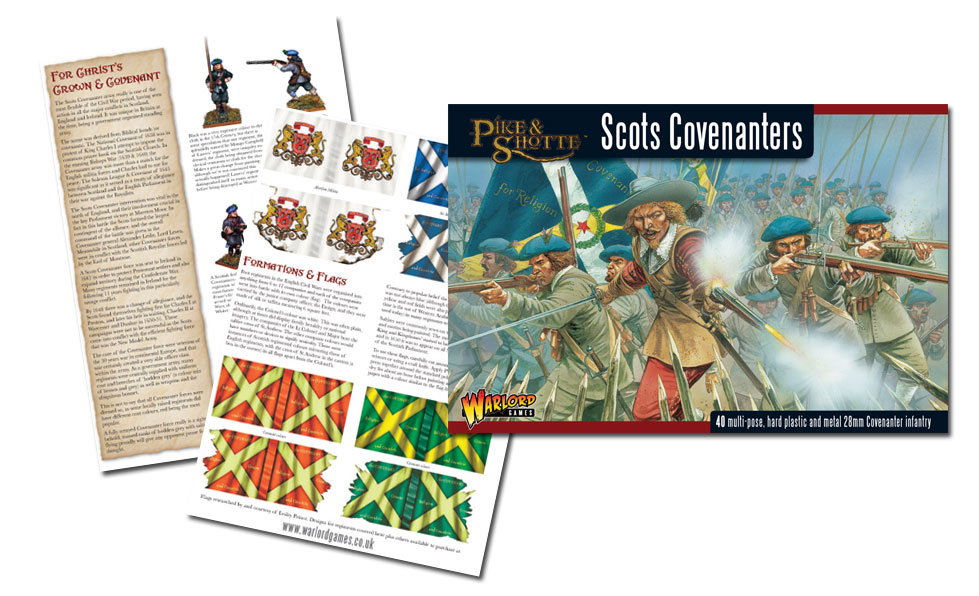 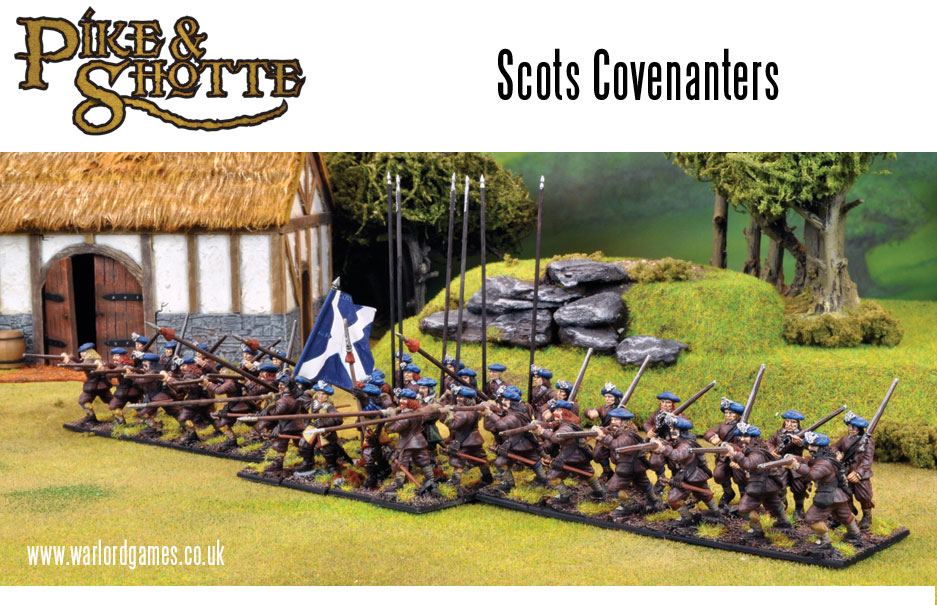 Warlord’s Covenanters are shown here fighting under the saltire flag, which was typical of the day, eager to get to grips with their English foes. There is a compelling thrill about the sight of a Scottish Government army drawn up for battle. Dour-faced hardmen from the lowlands of Scotland drawn up in their trademark Hodden Grey uniforms, topped with their distinctive blue-knitted bonnets, the Covenanters fought hard in many bloody battles of the civil wars.

Indeed they routed the English forces in the Bishops’ Wars leading up to the great civil war where they first sided with Parliament, fighting mainly in the North, most famously at Marston Moor. Then they made a momentous decision and sold the captured Charles I, their King, to his bitter enemies, Parliament. 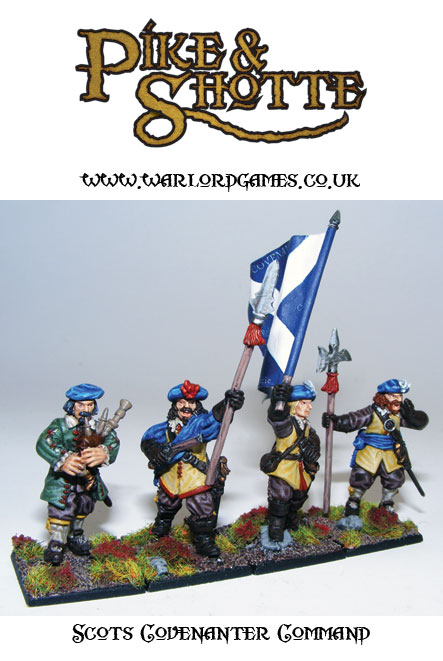 This unholy alliance could not last and the Covenant army found itself allied with a doomed Royalist cause in the second and third civil wars.

Well-equipped and organised, the Scottish infantry could give a good account of themselves. They scorned armour and often helmets in their pike divisions, but all too many of them died at catastrophic battles like Preston, Dunbar and, finally, Worcester. Others were slaughtered in the Highlands by Montrose’s wild Highlanders and Irish. Survivors were shipped to the West Indies where many died of disease, a sad end to a once proud fighting force.

These excellent new models are now available in the Warlord webstore. Check out the special offers while you’re at it!