Now available in store, the famous Chosen Men of the British 95th Rifles. This fantastic metal boxed set contains 14 characterful riflemen, as well as one dog! 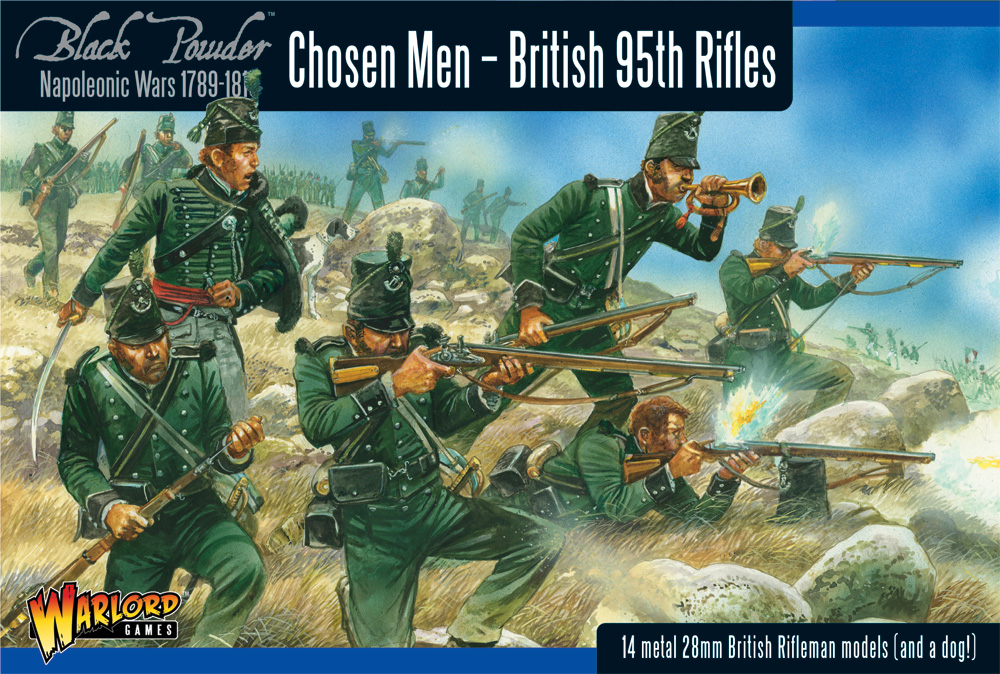 The 95th Rifles were an elite unit of hard marching, sharp shooting light infantry that served in many bloody battles of the Napoleonic Wars. Unusually they did not wear the classic red coat of the British army, but instead a dark bottle green uniform which gave them their nickname of the ‘Sweeps’ or the ‘Grasshoppers’ by their French foes. 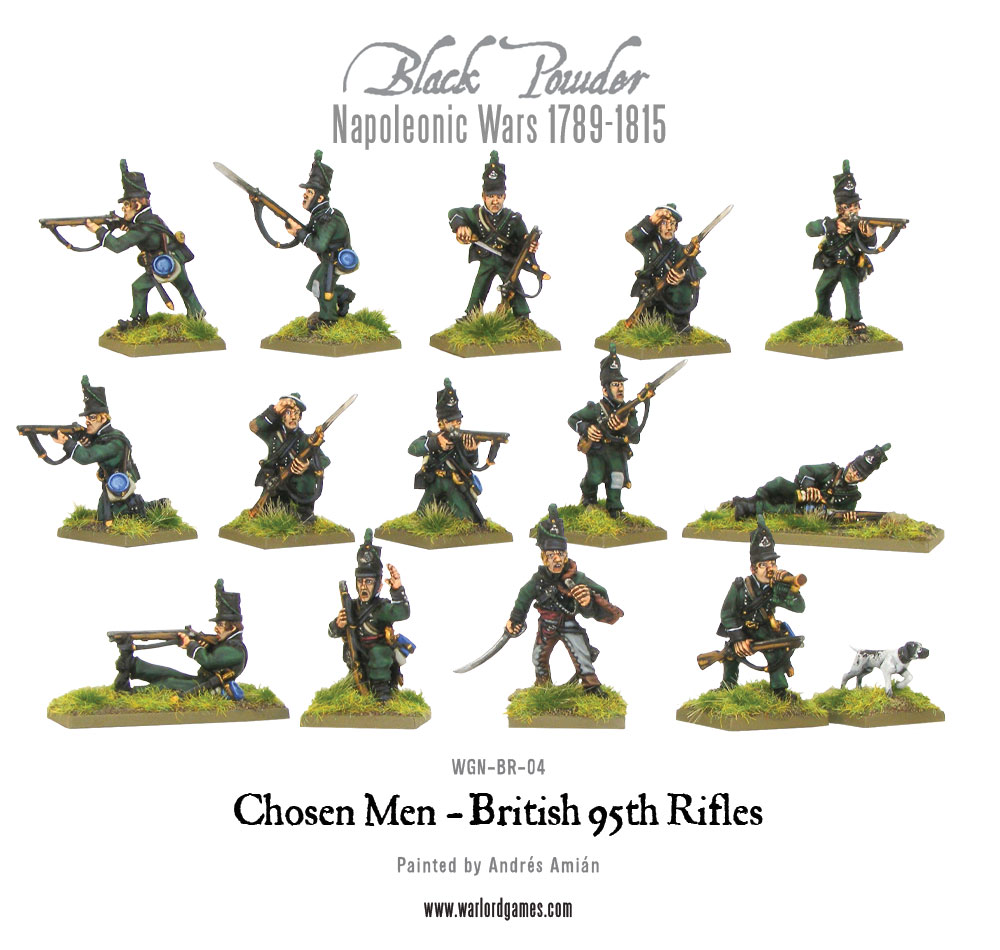 They were equipped with the Baker rifle – a supremely accurate weapon for the period – which would hit single targets at ranges unheard of for the smoothbore muskets which most other troops carried.

They earned a superb reputation in the Peninsular campaign and later at Waterloo, being battalions that Wellington could rely upon. To help maintain the effectiveness of the companies, reliable and trusted men would be issued with a white tape around the arm distinguishing them as ‘chosen men’ and expected to inspire the rank and file.

To make up for the short length of their rifles, they were issued with wicked looking sword bayonets, long enough to give a parity against an enemy bayonet.