New: Battle Of The Bulge, a Bolt Action Campaign Supplement 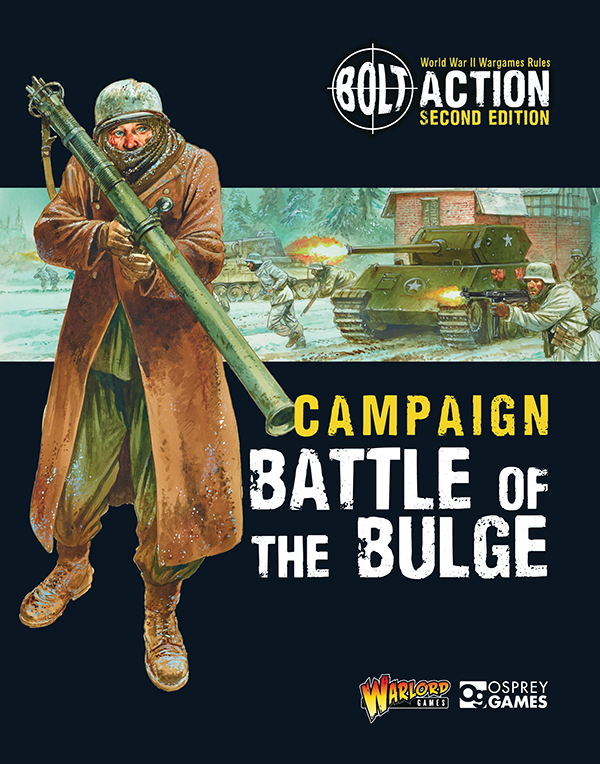 Despite a spirited defence from the opening hours of the Normandy invasion in June 1944, Hitler’s forces in northern France were comprehensively defeated and forced to retreat westward. Although their position was strengthened considerably following Operation Dragoon – the landing in southern France in August 1944 – the Allies were faced with considerable logistical problems as they advanced towards Germany, spreading their lines of communications and support thinner with every mile.

Operation Market Garden, the massive airborne assault of September 1944, failed to meet its objectives and the momentum of the Allied advance was further threatened.

German forces were able to capitalize on this and with mounting pressure from the east as Soviet forces prepared for a winter offensive, Hitler decided to launch one last gamble – a massive counter offensive against the Allies in December 1944. The German assault (including 45-divisions) launched against American defenders dug in across the Ardennes region led to the largest single battle fought by the US Army in the entire twentieth century. The stakes could not have been higher for either side – for Germany it truly was a last attempt to avoid being completely overwhelmed by the Western Allies, whilst for the American forces bearing the brunt of the assault, there was a very real threat that a German breakthrough could have undone all of the successes since D-Day.

Code named Operation Watch on the Rhine by German forces, the initial successes of the campaign led to a worrying and distinctive bulge in the Allied front line, leading to the Allied press giving the offensive an immortal moniker: The Battle of the Bulge.

Inside Battle Of the Bulge

Battle Of The Bulge is a campaign expansion to Bolt Action & compatible with both 1st and 2nd editions. Crammed with scenarios, new units and new rules whilst still giving some historical background for context. Everything you need to explore one of the most complex series of engagements in the European Theatre of Operations is within the 124 pages of this full colour book. 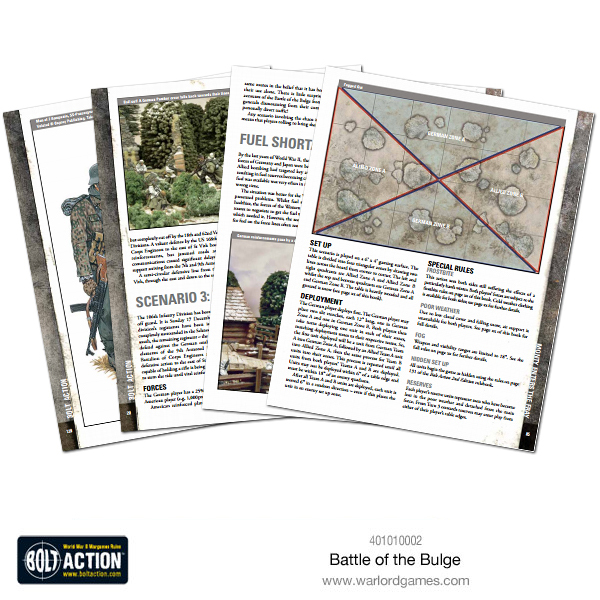 The Battle Of The Bulge campaign book is divided into easy sections that take a brief look at a particular historical time frame, the combatants involved (including any special characters that made an appearance) – then moves on to introduce the special Bolt Action scenario, with any special rules or new units clearly explained, along with the recommended force selectors to use when preparing your forces.

The 12 scenarios are overflowing with detail and cover actions that were happening just prior to and after the more famous ‘Bulge’ battles:

As you might expect when you’re fighting battles in these extreme conditions there should be a few special rules included and of course we’re happy to oblige with some familiar and some new to this campaign supplement, such as:

Battle of the Bulge really packs a punch looking at a huge amount of units, key commanders get special mentions throughout the book, plus new rules and Bolt Action entries for many.

Just some of those mentioned include:

As with all Bolt Action books you can get a FREE and exclusive figure for your collection when ordering your book direct from the Warlord Webstore. Find out more about this infamous commander here: 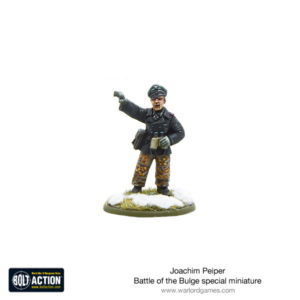 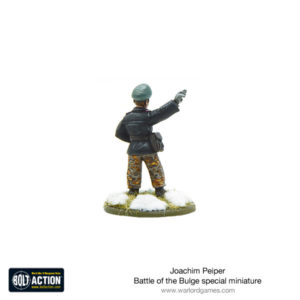 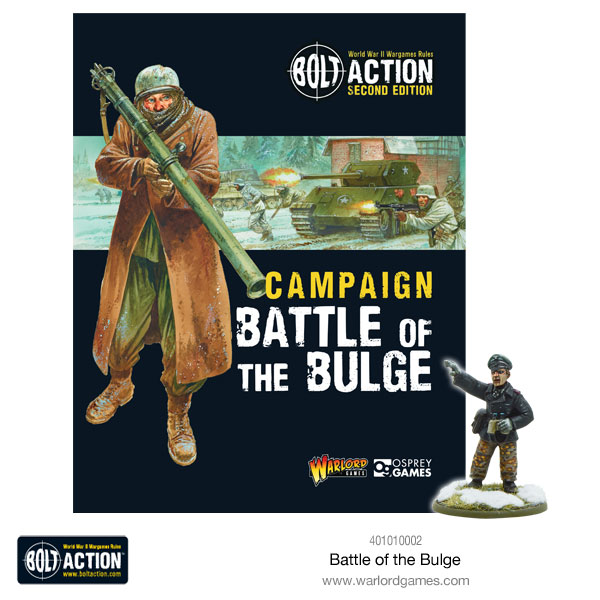 Many excellent historical books have already been written which delve deep into the detail of this fascinating campaign – given the focus of this book, it has only been possible to provide a superficial, ‘broad brush’ overview of the campaign. For any readers who are interested in focusing more on the actual history of the battles, a bibliography of recommended texts has been provided at the back of the book.

Get your armies prepared for winter and the Battle Of The Bulge with these fantastic sets in the Warlord Webstore: 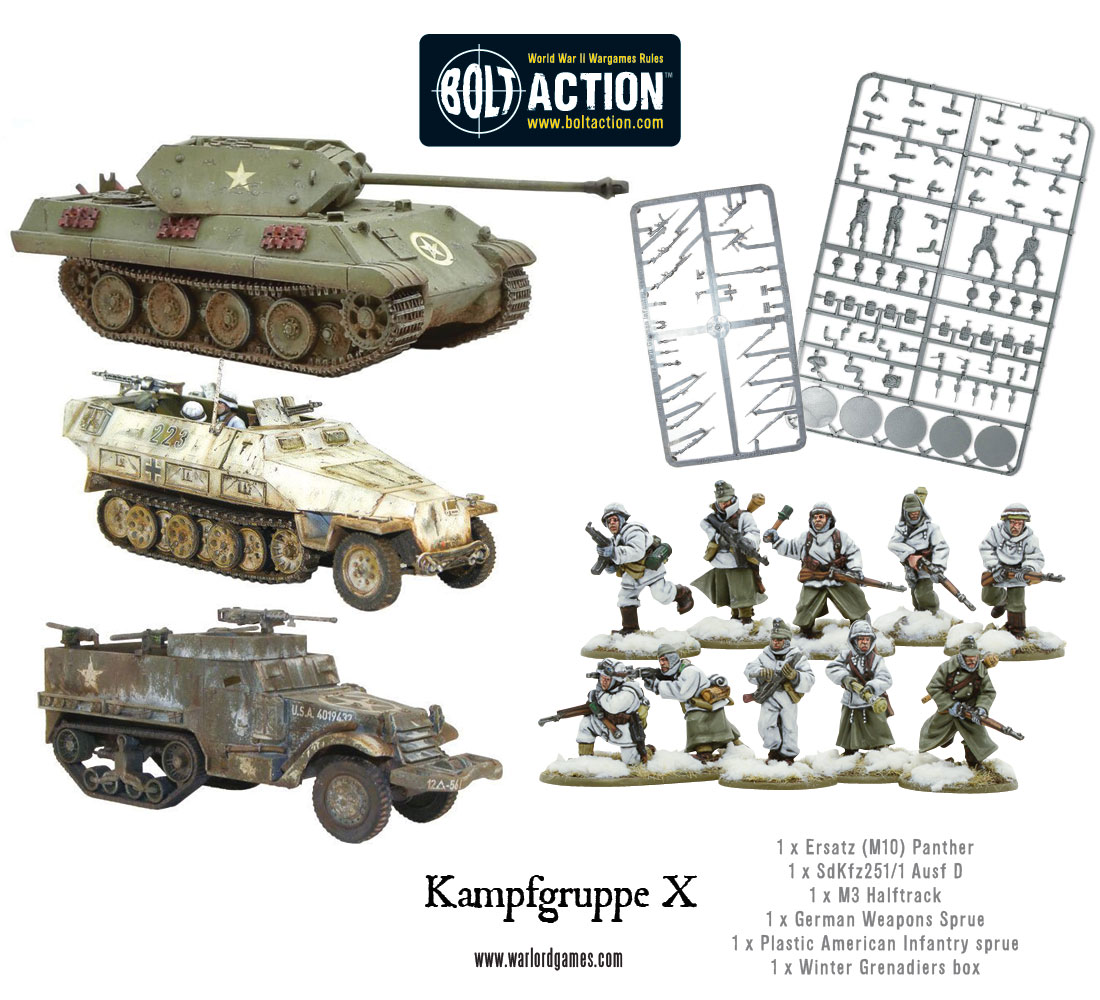 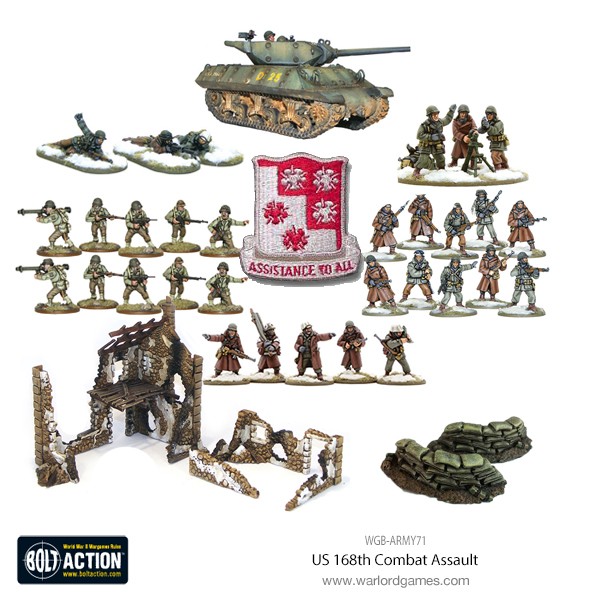 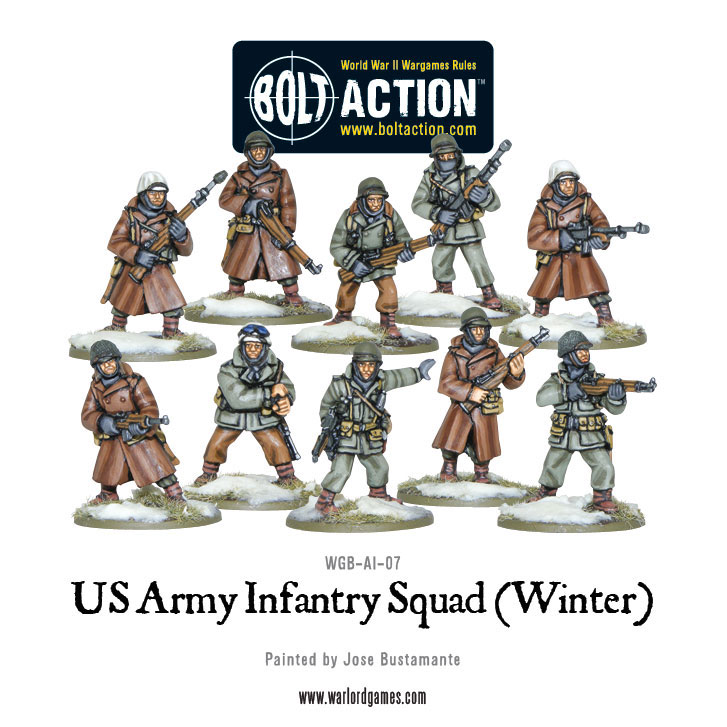 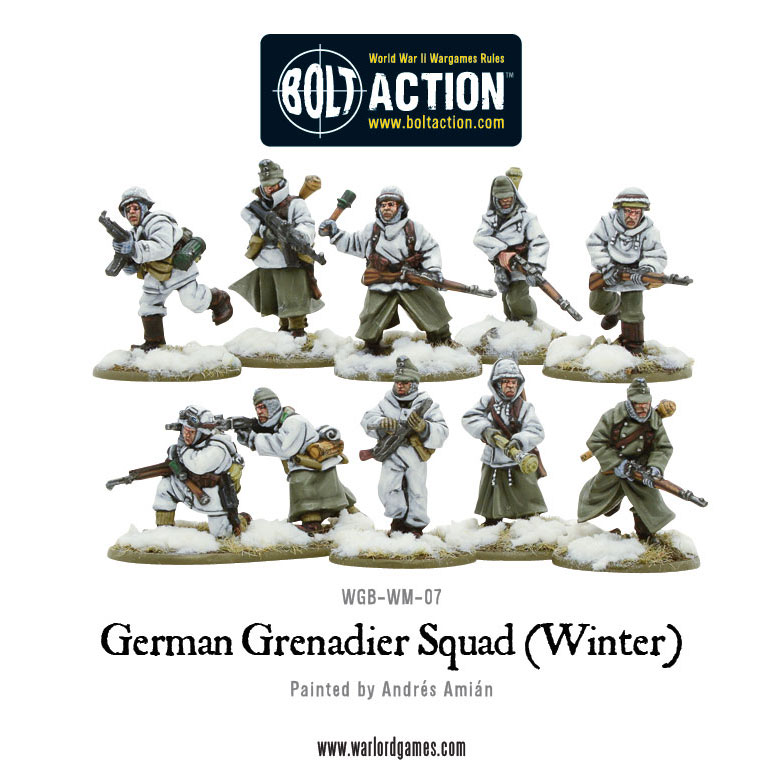