Organised and run by our good mate Jon Russell, this intimate event was a frenzy of Bolt Action gaming. Jon explains how the day went… 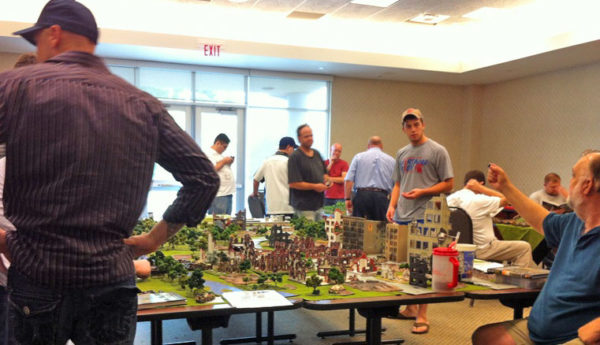 Held on 25th August at the Reed Center in Oklahoma City the Bolt Action pre-release party featured a massive series of battles based firmly on Operation Market Garden (forever immortalised by the film A Bridge Too Far).

Warlord Games’ American crew were on hand in the form of Chris Woodward and Mike Majors who had pre-release copies of the new rulebook for sale on the day – eagerly snaffled by the enthusiastic gamers present! 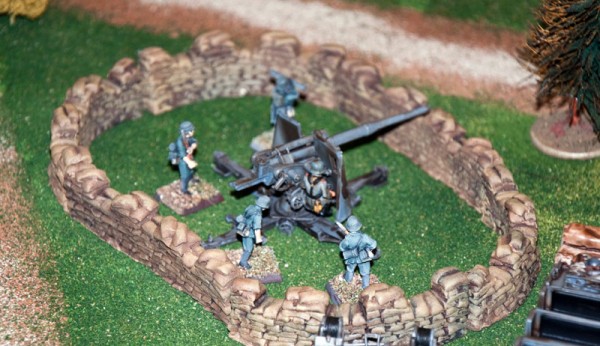 The day started with webcam interview with Warlord Games owner John Stallard. Chatting with the layers on the other side of The Pond, John answered many questions and talked about the many upcoming releases for Bolt Action.  In typical Warlord Games fashion none were disappointed and all the gamers are very eager for the many exciting things coming out in the near future. 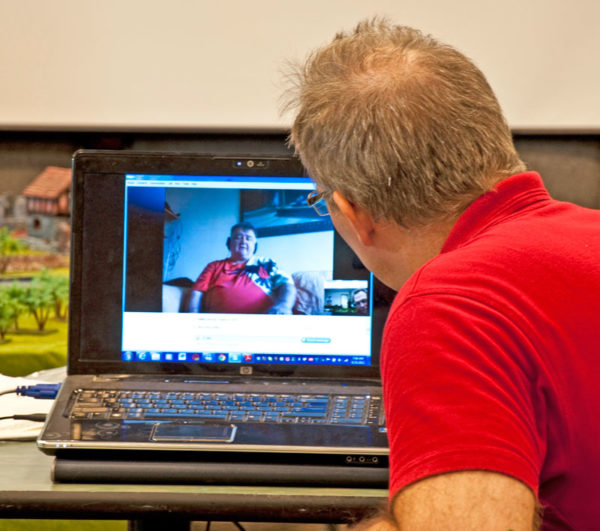 After a quick overview of the rules, gamers were unleashed on the four tables. 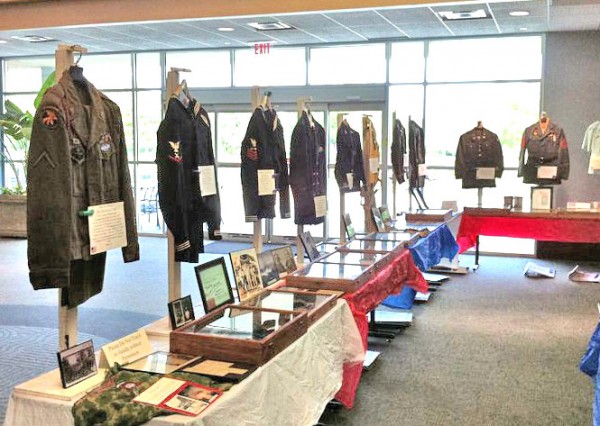 Keith Myers brought along his remarkable Traveling Military Museum.  Keith displayed thirteen original World War Two uniforms and was on hand to answer questions. A massive thanks to Keith for his help and everyone in attendance really appreciated the added history on the day.

Throughout the day gamers had the chance to look through the many books on hand about Operation Market Garden – we’re sure there wil be new Airborne and German armies springing up in the near future as a result!

Following lunch, shuttles took the participants to a nearby aircraft park for a commemorative hpto with a C-47 transport aircraft before returning to the desperate action at the Reed Center. 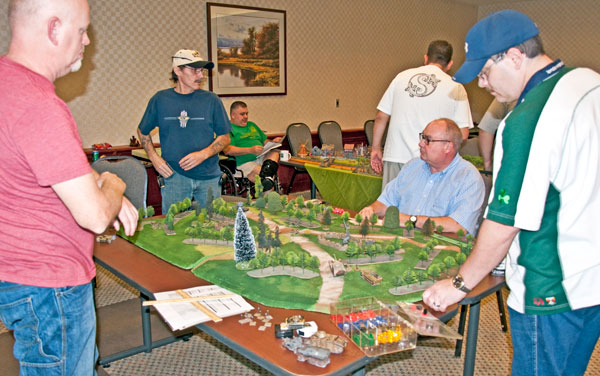 The celebrations ended with the award of several great prizes for the choice of best player on each table before everyone headed for their respective homes with a smile, many with a copy of the new rulebook in hand and all with a tale to tell of the day’s battles.

This event could not have happened without the fantastic support of the Reed Center (in particular thanks to Wissam and Shaina!), my friend Michael Adams (who along with Jacqui Kerr from Oklahoma City were our official photographers) who flew in from Fort Collins, Colorado, Ken Litko from Litko Games Accessories providing over 800 markers for this event, and, of course, all of the many gamers of Oklahoma City who helped set this up and all the others who drove, some from many miles away, just to be there.

Note: Jon is being far too modest here – much of the credit goes to his sheer unbridled enthusiasm and dedication to put on a memorable and successful show. Thanks Jon, you are a true Warlord! 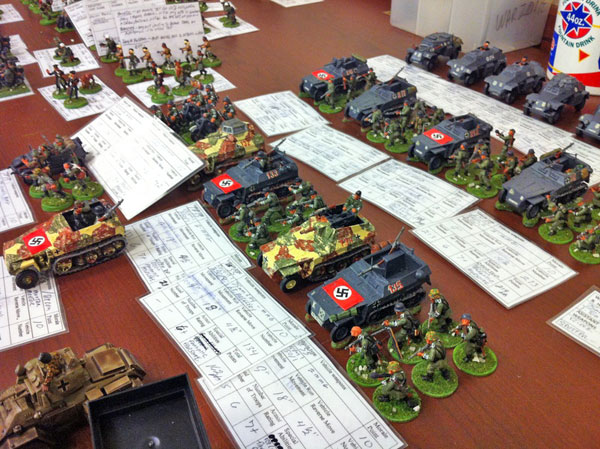