Fire support arrives for the German Armoured Grenadiers as they bring forward their mortars mounted in the ubiquitous Hanomag. 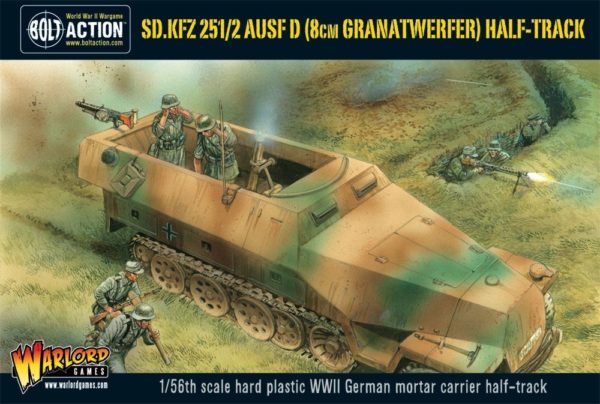 The Sd. Kfz (abbreviation for the German word Sonderkraftfahrzeug that means ‘special motor vehicle’) 251/2 was used for mobile mortar support.

The vehicle was a simple expedient conversion of the standard Sd Kfz 251 Hanomag (1 of over 20 variants fulfilling many different roles like Command radio carriers, Pioneer carriers and Weapon platforms). In Bolt Action you can add a spotter and arm it with a pintle-mounted MMG (the MG34 machine gun). 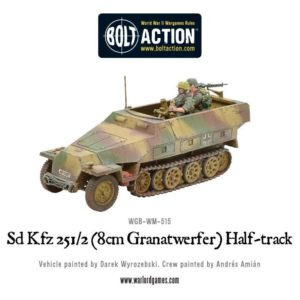 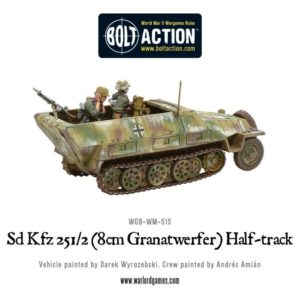 This model represents the 251/2 ausf D version of the vehicle (it had a simplified armour shape from the earlier ausf C, particularly obvious was the sloped rear armour) that was in use from 1943 on wards in most theatres. This variant featured a forward facing 81mm mortar in the rear, tactically spot on for attacking and moving position frequently. 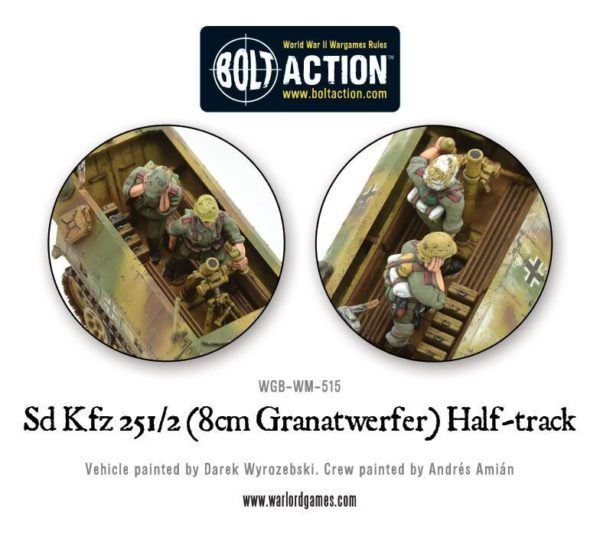 Here’s just a selection of German halftracks – Check out the rest of our range in store: 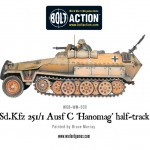 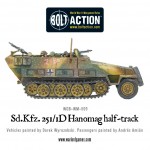 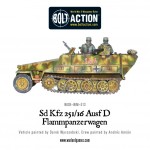 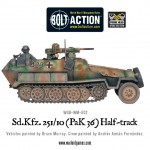 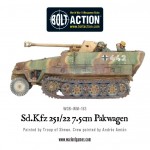 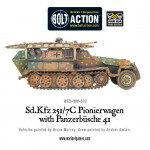 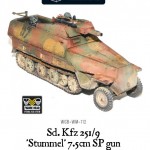 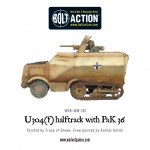 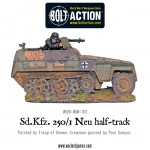 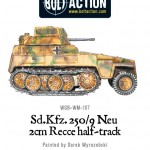