With new crew miniatures we’re now re-releasing two old favourites back into the Bolt Action range – both based on the Sd.Kfz 250 Neu halftrack. 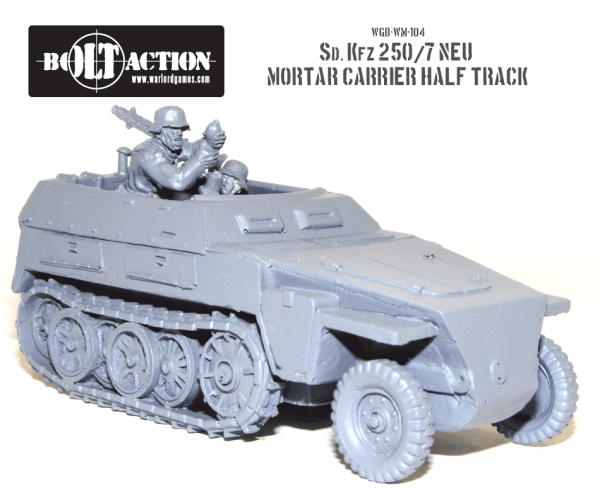 The first of these halftracks is the Sd.Kfz 250/7. Built between 1943 and 1945 the 250/7 carries an 80mm mortar to provide excellent mobile fire support for the German infantryman. The remastered model comes without the old integral base and includes two crewmen who are serving the mortar. Incorporating the Warlord Figure Head System of separate heads you have plenty of options for tailoring them to suit your existing army. 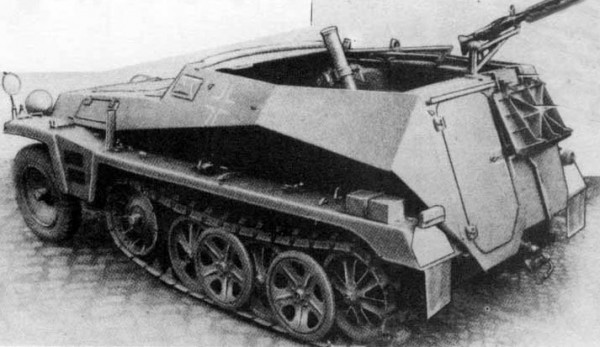 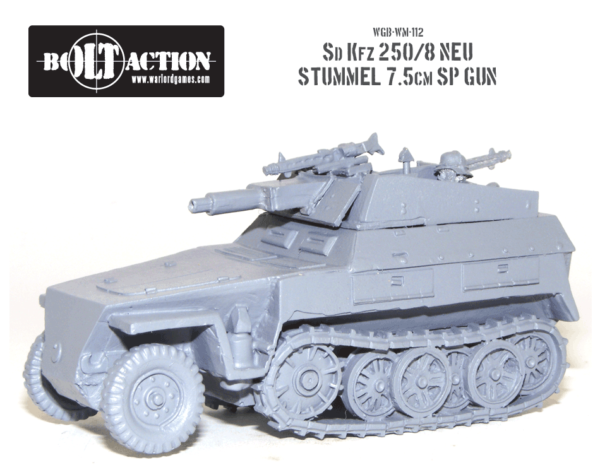 The other new release for the Wehrmacht is this superb Sd.Kfz 250/8 ‘Stummel’ (Stump). With it’s 7.5cm gun the Stummel gives the infantry and panzergrenadiers good fire support. As with the 250/7 above, the Stummel has been heavily remastered – again the integral base has been removed. The stump gun is being served by two new crewmen who, again, have separate heads. 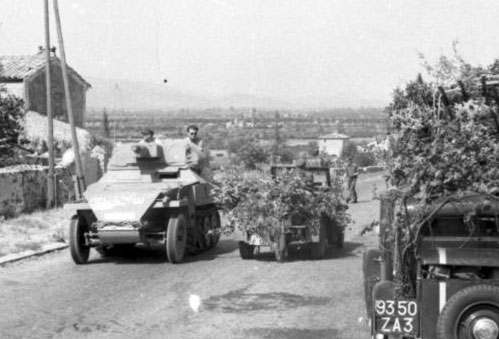 Both of the vehicles above are based on the Sd.Kfz 250 Neu halftrack – below is the main variant which was designed as a standard troop carrier. 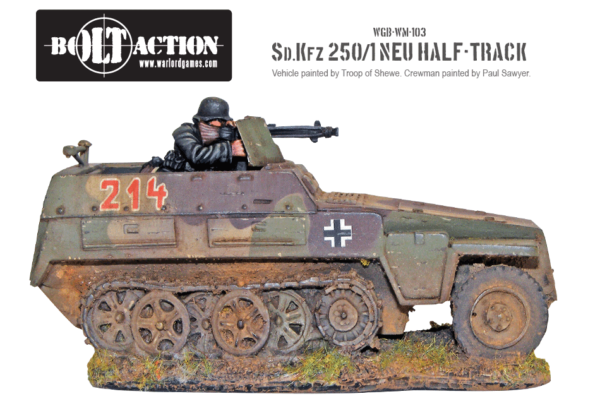 Need paints to get your new halftracks onto the tabletop? Look no further than our Late war German Vehicle Paint Set. 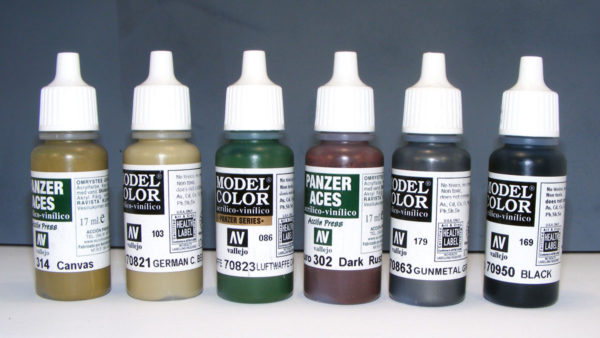