As World War 2 entered its final stages the ever resourceful German units on the ground, starved of supplies, turned to using whatever was at hand – the results turning into unusual and unclassified one off examples: 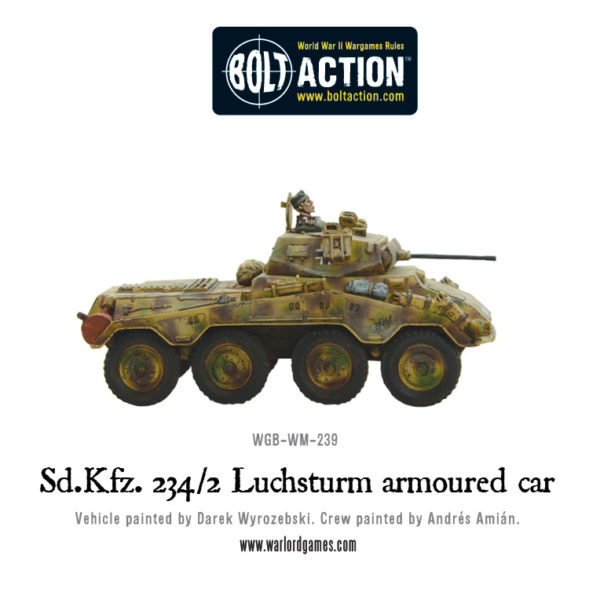 Deep within the Reichsminister für Rüstung und Kriegsproduktion and the Heereswaffenamt no production records for a 5th member of the Sd.Kfz. 234 family is ever mentioned. However we do have 1 photo that suggests there was at least 1 further member… 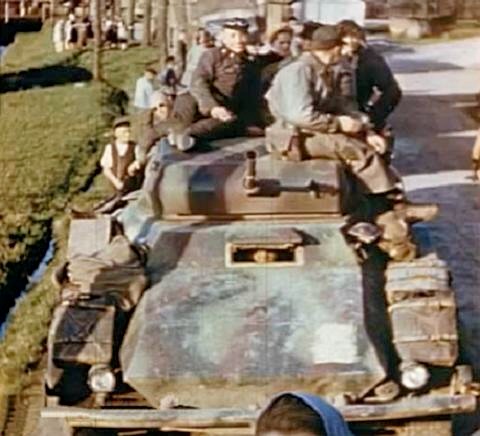 Most likely this example is a field modification serving with the 20 Pz.Div Hungary April 1945. The recovery of a 234/2 body and a turret from a damaged Panzer II Ausf. L Luchs resulted in this enigmatic but simple field conversion. 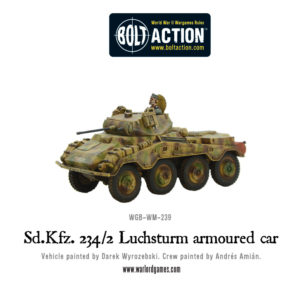 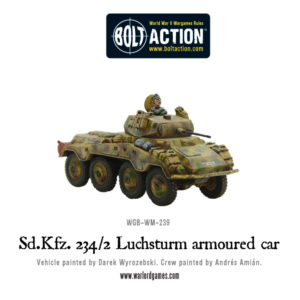 Fast mobile weaponry such as this can make a real difference when it comes to securing an avenue of approach early in a battle. Particularly good on the flanks, move up to a good position early to hinder the enemy, or at least distract them from your real objectives. 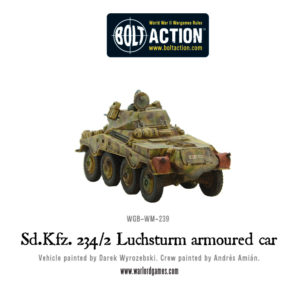 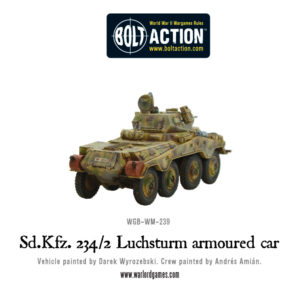 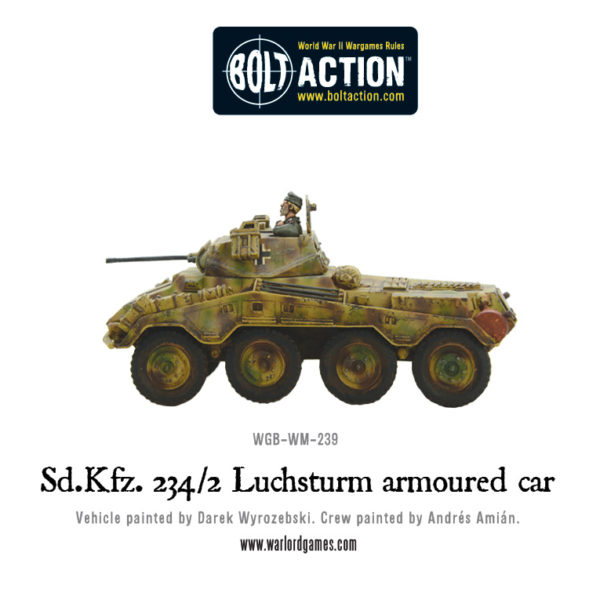 The SdKfz 234 series were eight-wheeledarmoured cars used for armed reconnaissance ahead of a formations line of advance. There were 4 official versions:

Keep your eyes peeled for the 4th member of the family early this Autumn 2016.

Will you be using this in your games of Konflkt ’47?