Now for something a bit special – Special Air Service to be precise!

We’ve had our resin Willys Jeeps converted by Warlord’s own Darek Wyrozebski to make these SAS Jeeps that raided behind the Axis lines.  Cluttered with all manner of kit and the essential jerry cans full of water or fuel, these are superbly detailed representations of the vehicles SAS founder David Stirling’s lads used to such great affect in the campaign in the Western Desert. 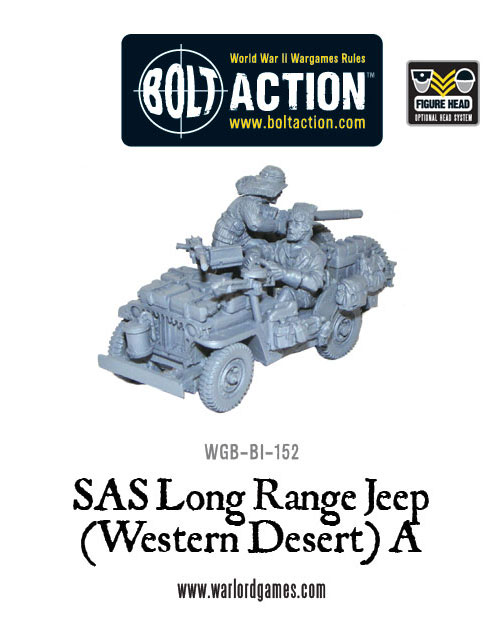 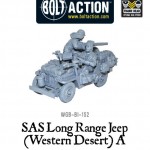 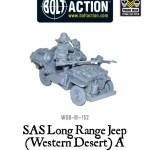 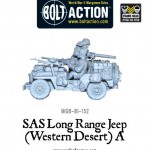 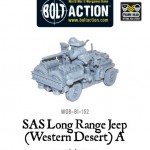 There are two variants of the Jeep and all weaponry and crews are interchangable between the two so you can arm them to your own tastes. It also means you can field several of them and always have a unique look to each vehicle.

Jeep A sees one of the SAS crew firing a Lewis gun to the rear – no doubt seeing off the chasing Italian or German recipients of their latest raid or spraying a fuel dump of airfield as they roar through in a surprise attack! This Jeep also has a 50 Cal HMG and a Vickers K machine gun. 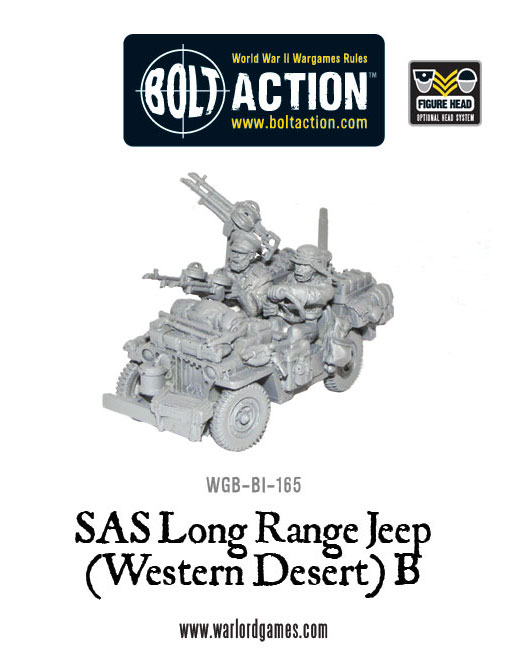 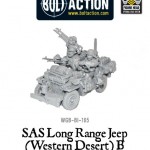 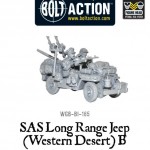 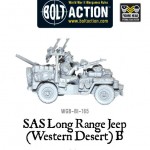 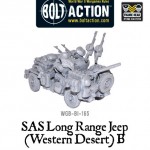 Jeep B is bristling with machine guns! Two twin-Vickers K set ups and backed up by a Lewis gun. Nasty.

The crews for both Jeeps have been sculpted by Bolt Action stalwart Paul Hicks. The crew have separate Figure Heads so again there is plenty of variety to be had, especially if mixed with heads from other Figure Heads ranges.