New Release: US Deuce and Half Truck

The workhorse of the US army as well as doing sterling service with many other countries during World War II and for many years afterwards this 2 1/2 ton truck is a symbol of the US war machine. Originally manufactured by GMC starting in 1939 and also known as the “Jimmy”, the 6×6 truck was integral for purposes as varied as personnel carriers, dump trucks, bomb transporters and even mobile canteens. We’re offering you two variants of this venerable and classic design, the standard Deuce and a Half: 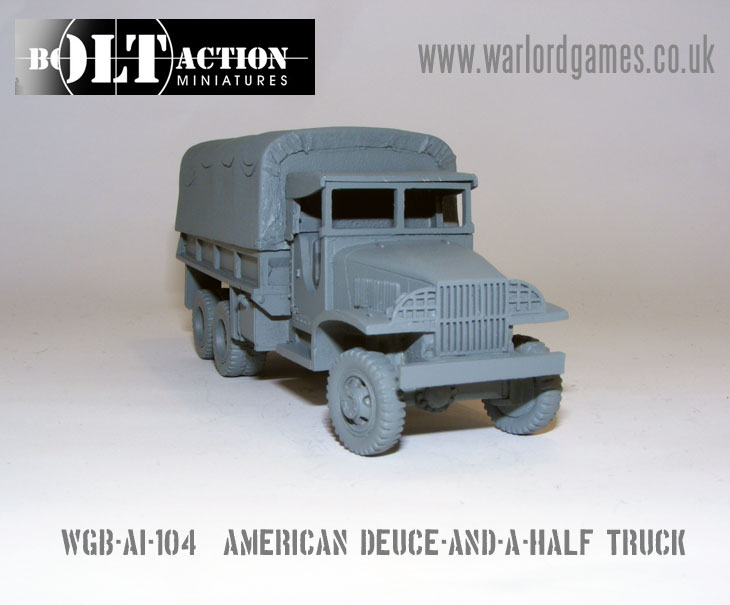 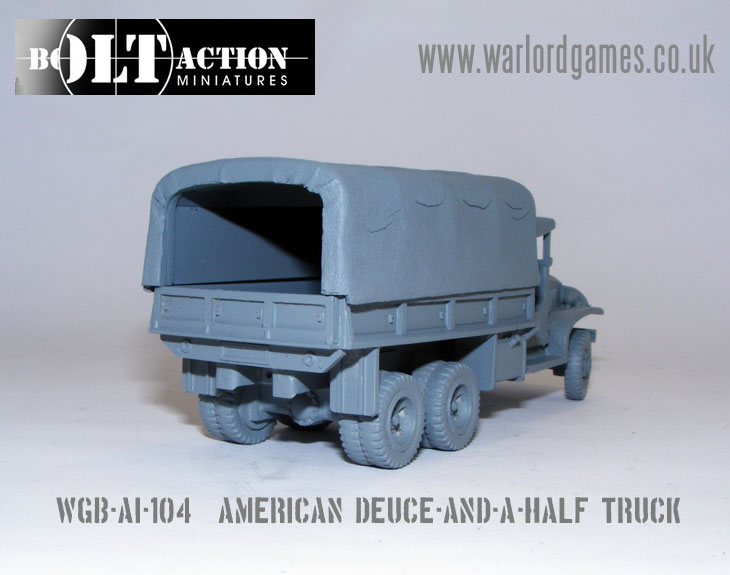 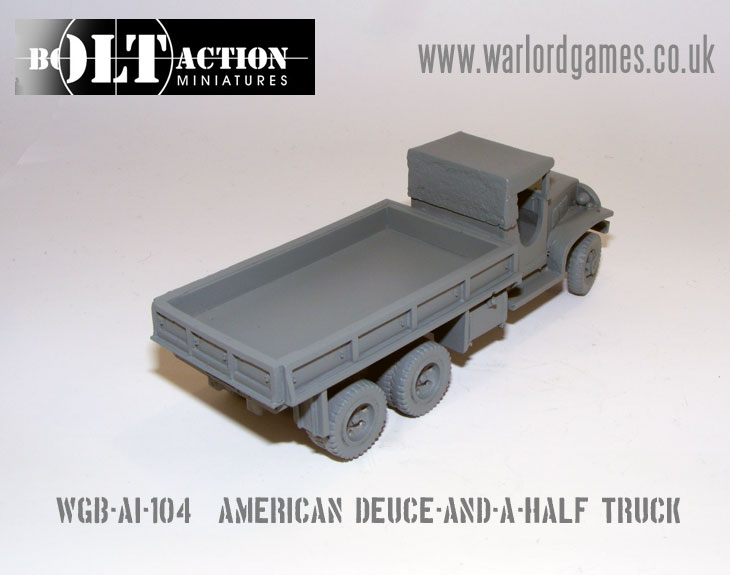 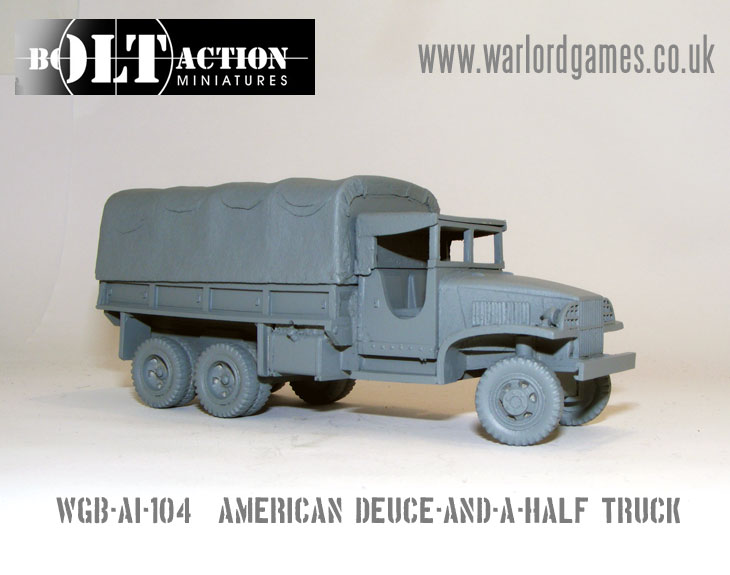 After 1941, the militarized version of the 6×6 was put into production under the designation CCKW (C=1941, C=conventional cab, K=front wheel drive, W=tandem rear drive). We’re also offering a Deuce and a Half with a .50 Cal machine gun mounted in a cupola ring for giving any attacking infantry and light vehicles second thoughts about raiding your transport caravan. These trucks were the mainstays for the famous “Red Ball Express”, “White Ball Express” and British “Red Lion Express”. 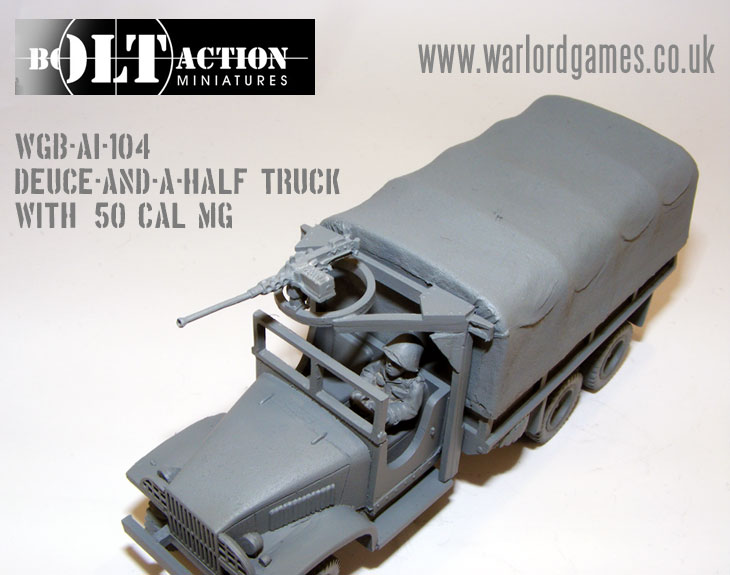 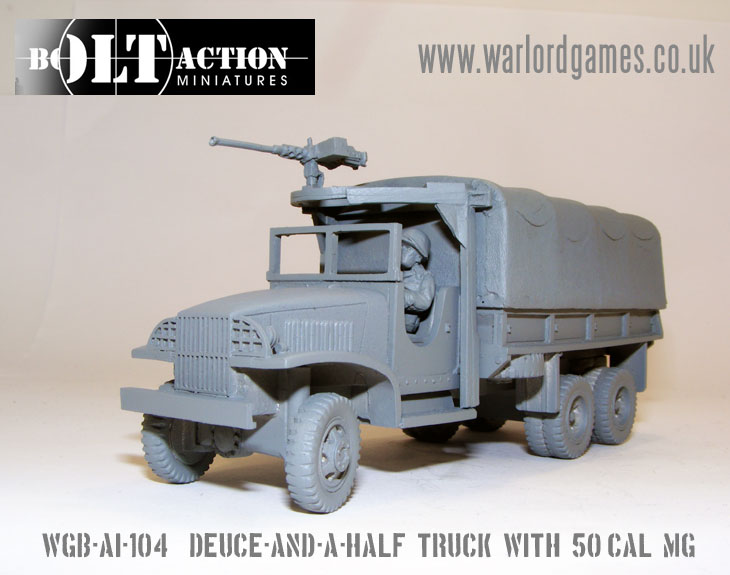 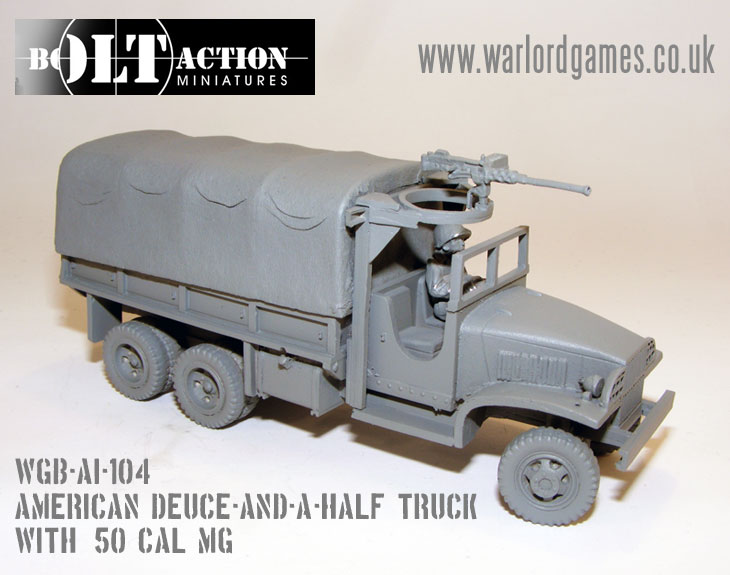 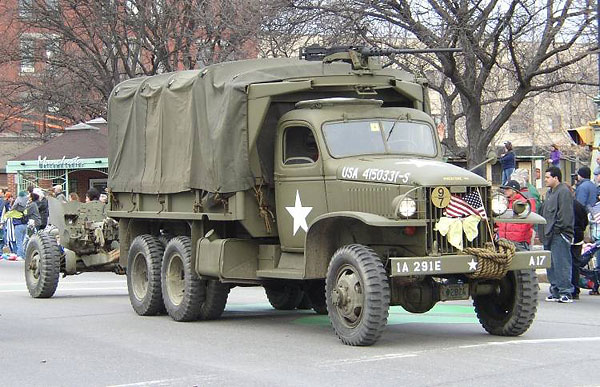 As you can see from the photo above which we’ve borrowed from the excellent website of all things CCKW – http://www.cckw.org, we’ve tried to make our models as accurate as possible. Both of these excellent transport vehicles are now available in the Warlord webstore and are sure to be useful for any Allied army (or as a captured Axis vehicle).