Used by the Royal Marine Armoured Support Group to give covering fire and subsequently land on the beaches of Normandy on June 6, 1944, the Centaur Mk IV is ready to rumble out of the Bolt Action Miniatures casting room and onto your home tabletop! Constructed of highly detailed resin, this excellent support tank is perfect for any late-war British army. 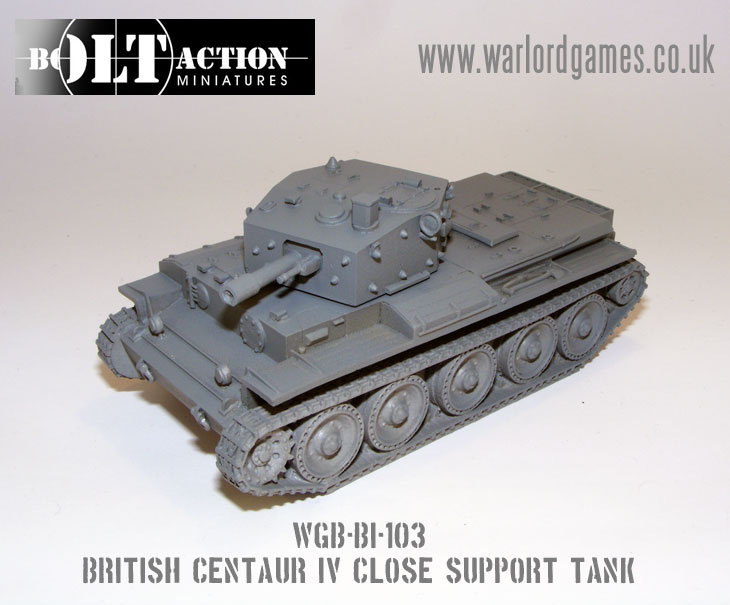 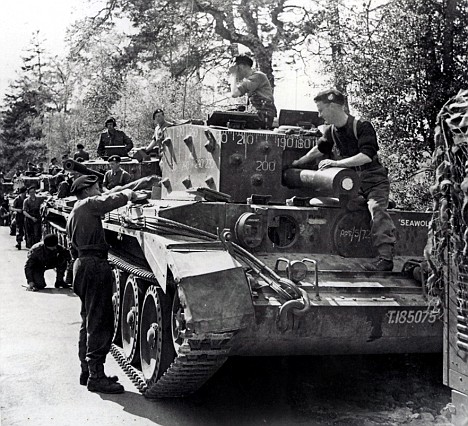 As you can see from the photo, our sculptors spared no detail to bring you and accurate version of this formidable vehicle. The Centaur Mk IV was armed with a 95mm Howitzer to keep enemy heads down and also sported an up-rated engine.

The iconic white degree markings around the turret were to aid in-direct fire from the landing craft. Each would hold four Centaurs, effectively operating as four gun turrets. The markings allowed the four 95mm howitzers to match bearings and fire at the same target – directed from one of the warships accompanying the landing craft so they could fire even if, as they tended to be during the landings, obscured by smoke. 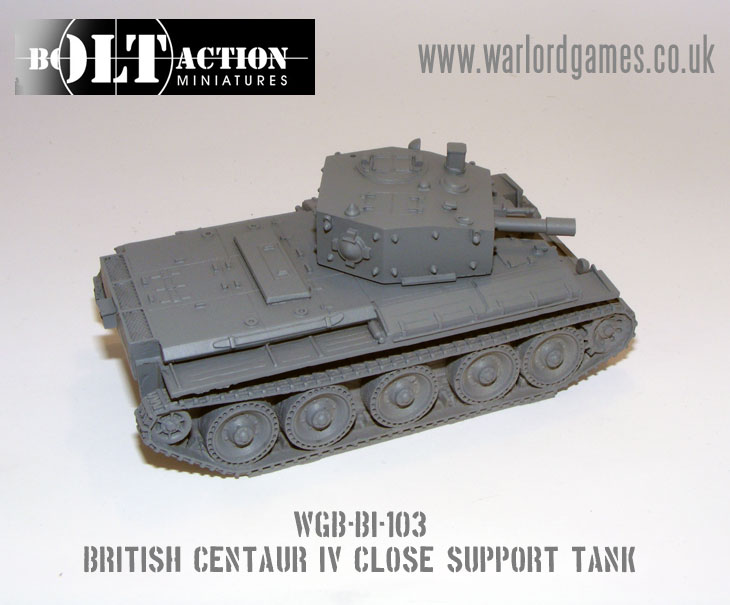 You can field your Centaur right now by visiting the Warlord webstore. Oh, and did we mention we’ve added a few special offers on the Centaur so you can not only buy this great-looking close support tank but also save a few quid on His Majesty’s Royal Marines too – check it out here.