Five new pre-painted buildings released this week from 4Ground, the last three for the French Indian Wars and the first two ruined houses which can be used for both games of Black Powder and Bolt Action. 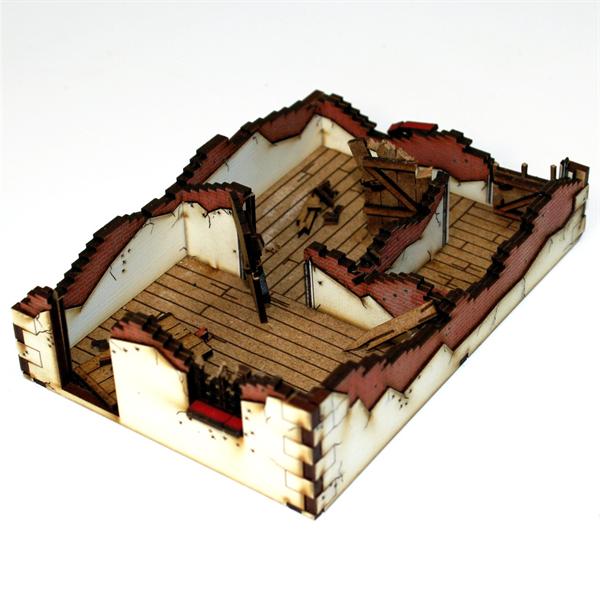 The high level of battle damage in these buildings goes to great levels of detail. With the brickwork being made of two 2mm MDF pieces it steps in from the plaster giving a realistic look. Included in the pack are bricks & plank debris to give extra realism to your model. 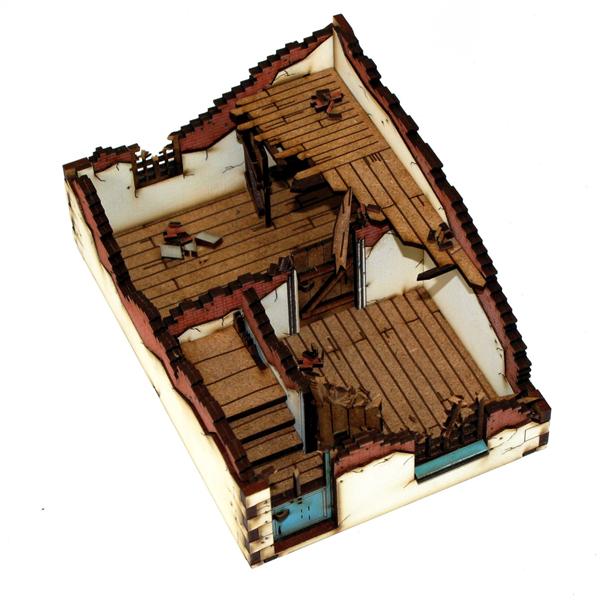 There is nothing stopping you mixing and matching this with other 4Ground buildings and for extra realism you can use them to replace other buildings as they have been bombed or hit by artillery.   This building is not just suitable for Bolt Action, buildings like this were common from the late 1700’s making 4Ground’s World At War range very versatile terrain.

Both of these ruined buildings can be found here in our webstore. 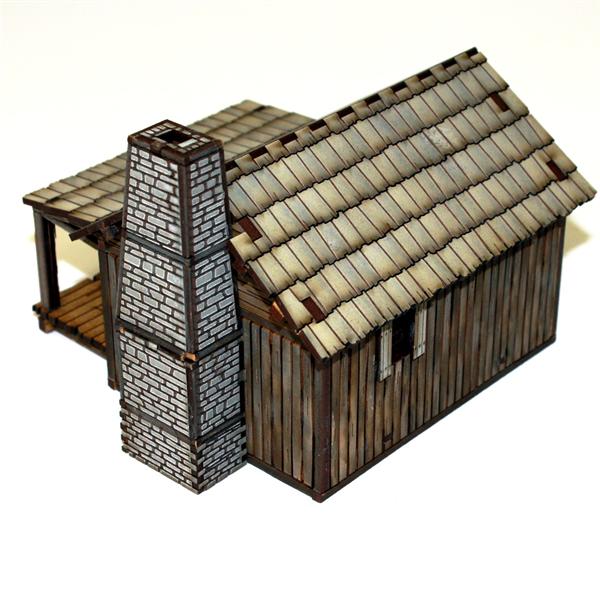 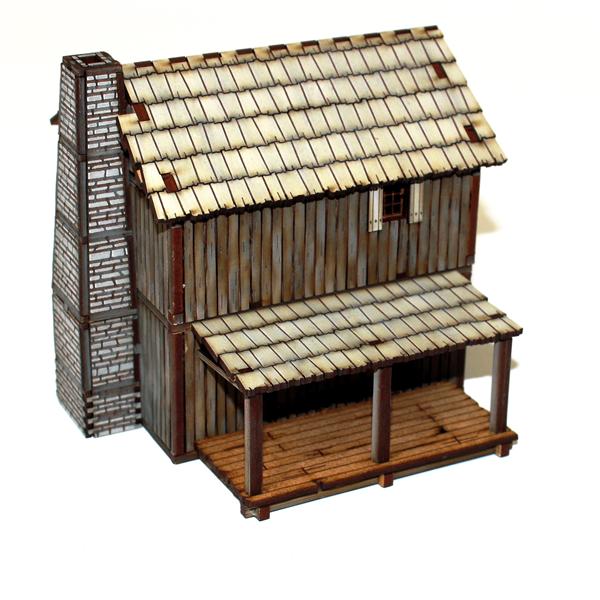 The French settlers of New France built their first homes and hunting cabins with Poteau en Terre – post in ground or ‘earthfast’ – construction, which was made with well hewned vertical log timber posts driven into the ground.  For their more permanent dwellings, like this one, ‘poteaux-sur-solle’ – post on cill – was used, though lots more hewning was required to square the logs, this method was easier to undertake and much preferred to ‘pièce sur pièce’ – log piece on log piece – used by the New English. 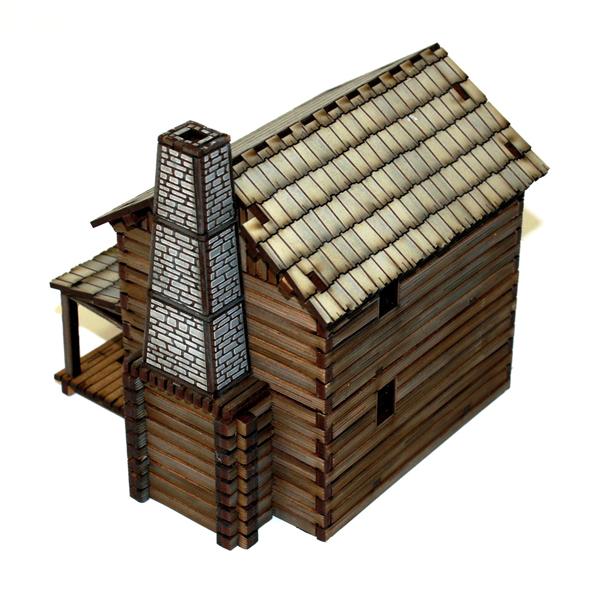 As more settlers dwelled together in ever larger comminutes more businesses would set up around them, these business owners’ were able to earn their livings supplying local wants and needs; before the setting up of a local saw mill to manufacturing sawn planks and clapboards almost all dwellings were made from felled and hewn logs.  New English log cabins used large straight timbers for their horizontal ‘Log On Log’ construction with axe or adze hewn plank floorboards, often called “boarden floored”, to walk on.

All three of these cabins can be found here in our webstore.