In addition to our recently released Horch 1a field car with raised canopy, we now have an open-topped version for you. Whether your troops are fighting in the Western Desert, across Europe or on the Russian Front, this heavy field car will serve the Third Reich well… 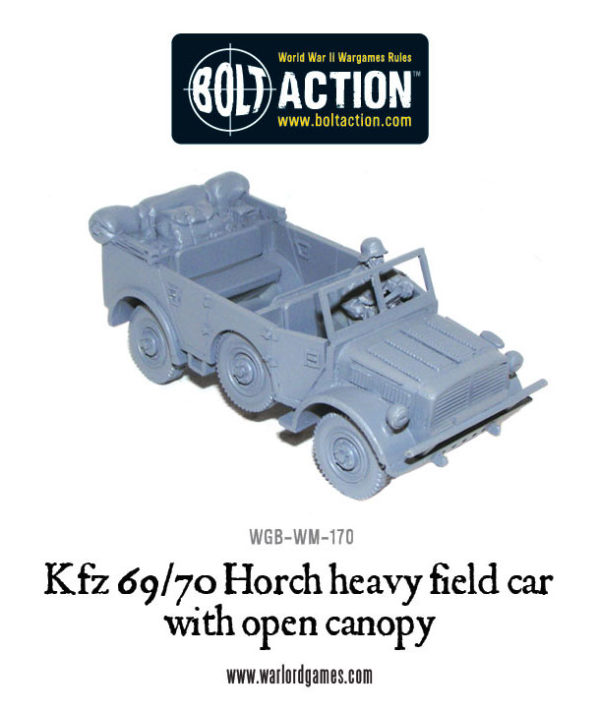 Produced during the early years of the war, the Horch 1a would serve throughout the war and in all theatres in which the German army fought – Russian Front, Western Desert, NW Europe etc. The four-wheel drive field car could reach a top speed of 90km/hour on roads and carried a complement of up to six passengers. 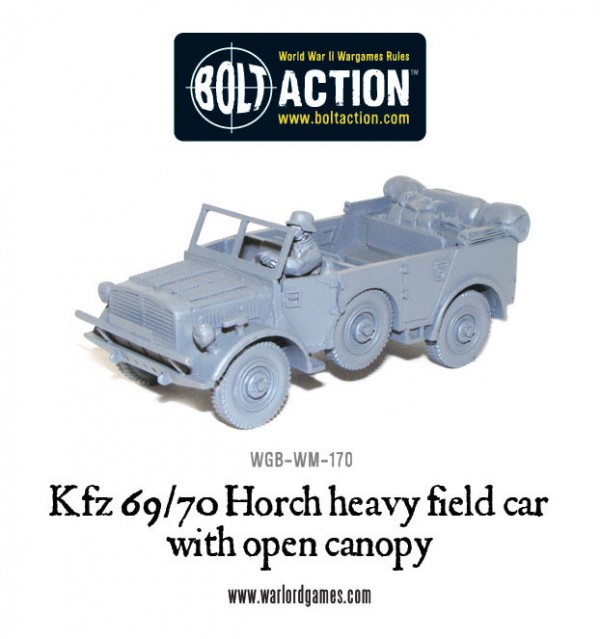 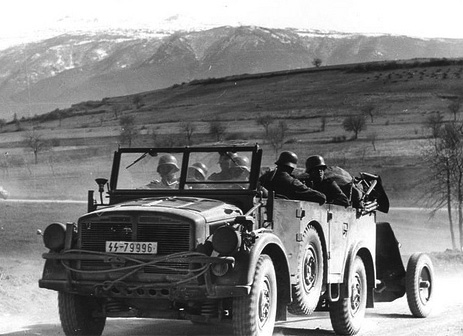 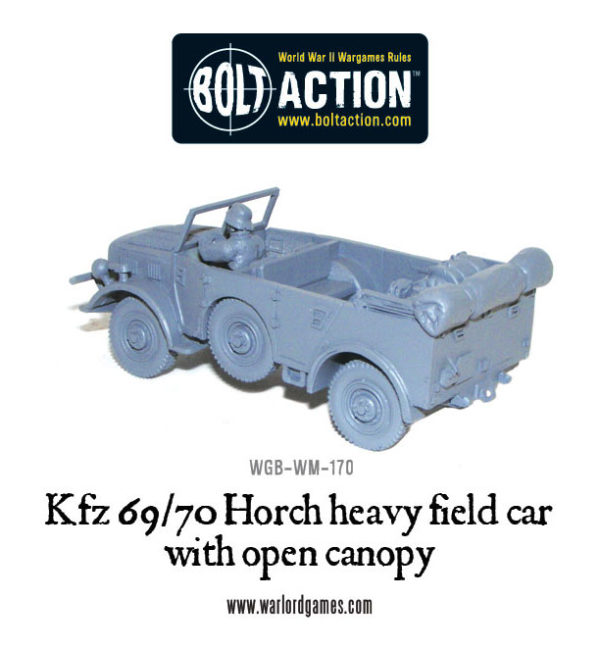 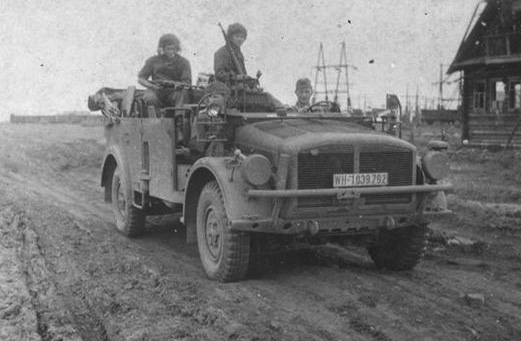 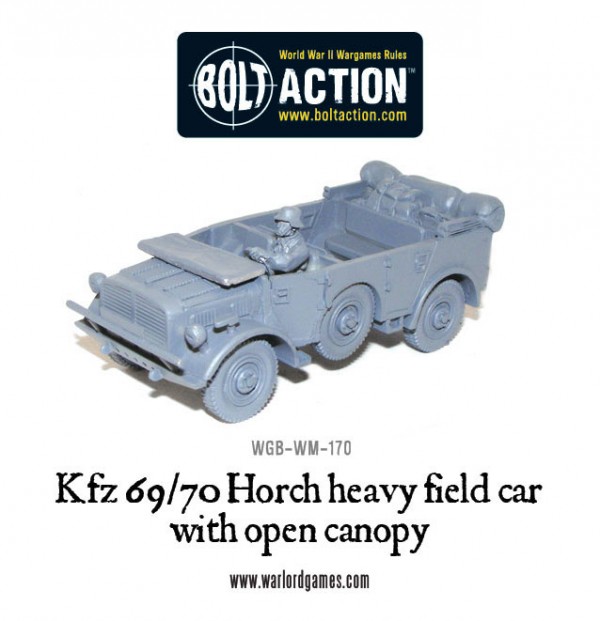 As you can see, the Horch is supplied with two windscreen variants – one with a canvas cover and one without. A driver is also included and has a separate Figure Head allowing you to swap it for one of our other German Figure Heads. 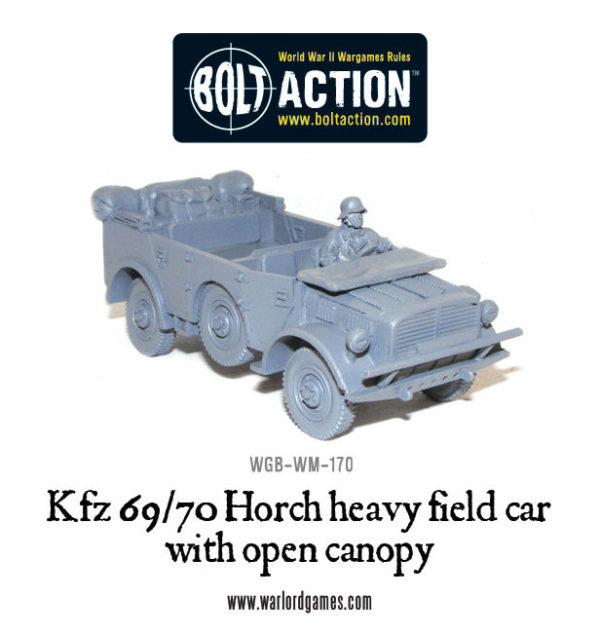 As mentioned we recently released our Horch 1a with canopy raised.  The windows and canopy are moulded onto the hull, making it easier to build but conversely not allowing you to see the interior detail. Your choice! 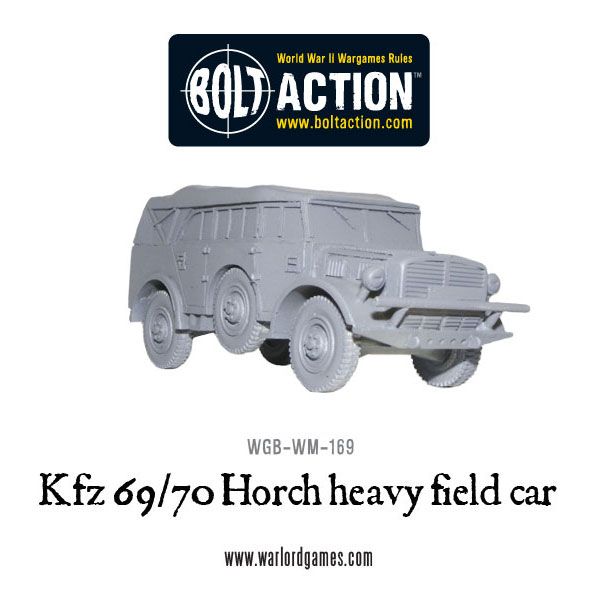