No Engine – No Problem – just dig a pit, tow one out of commission panther into pit, and voila! Big gun – Hard target! 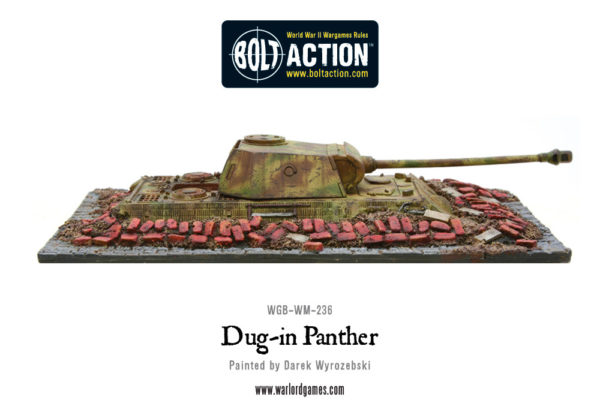 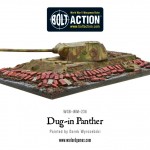 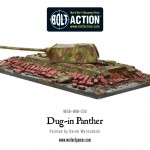 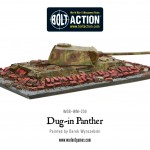 By the later stages of the war the lack of any production or repair facilities let alone any raw materials, meant a huge loss of equipment and little in the way of offensive capability to what remained of the German forces. However ingenuity was still abundant and when one of your best tanks becomes mechanically inoperable it can still be a formidable, ready made, defensive position: 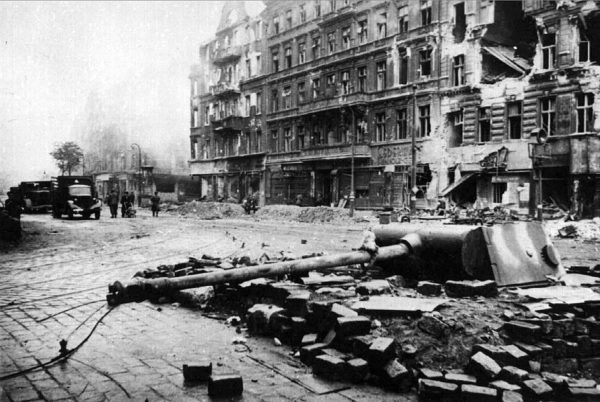 Our new dug in panther perfectly represents the last desperate efforts to keep machines in the fight!

The Dug-in Panther is a Tank for the purposes of the generic Reinforced Platoon selector from the Bolt Action rulebook. It is also a Tank for the Defence of the West Wall and the Last Levy selectors of the Armies of Germany book. 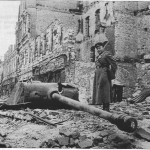 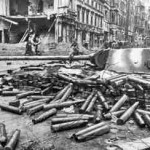 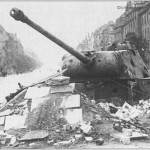 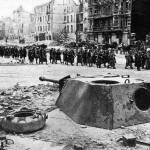 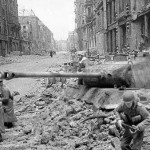 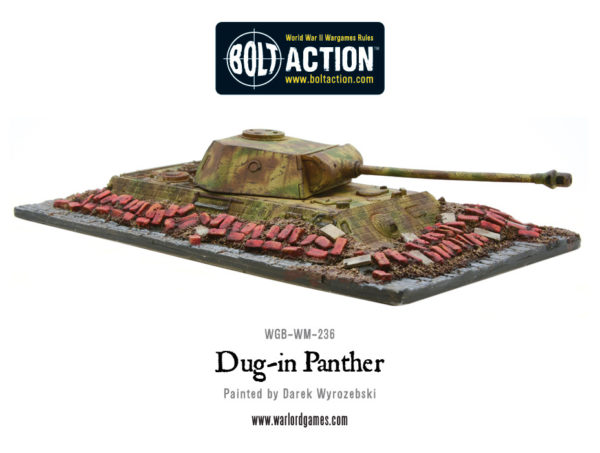 Battle your way to Berlin with Ostfront – Barbarossa to Berlin: