The latest resin Bolt Action vehicle to trundle out of the Warlord Games factory is this Cromwell cruiser tank covered in burlap camouflage. Converted from our existing Cromwell by Neil Burt of Troop of Shewe fame, it’ll add bags of character to your British forces.

Burlap camo was a type of netting which was very popular with Commonwealth armies during W.W.II. It differs from ordinary netting in that it has attached to it many strips of material which hang down looking like strips of tape. 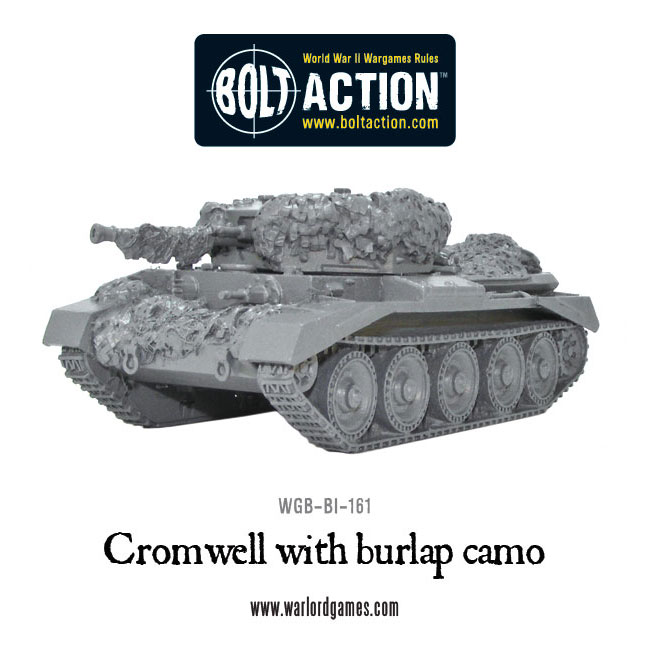 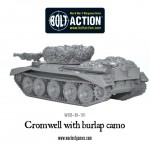 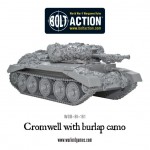 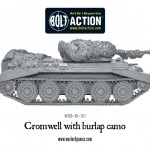 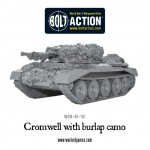 Many photos of British armour during and right after the invasion of Normandy in 1944 display this type of camouflage with the most popular being wrapped around the turret, and draped over the gun barrel and front hull. 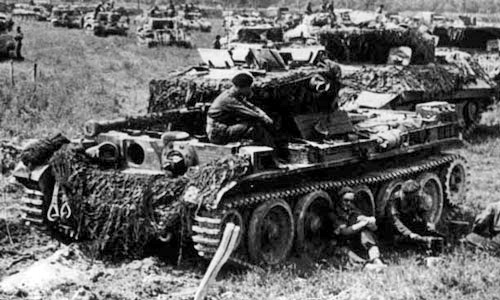 With all camouflage the primary purpose of the netting was to make the vehicle difficult to make out from the rest of the terrain and in this respect it was effective as the netting helped break up the harsh edges of the vehicle with the long strips of material giving an appearance of leaves. 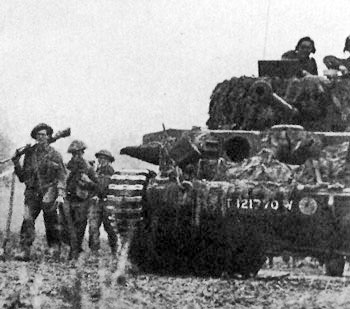