This new metal boxed set allows you to take the fight to Jerry as he storms into France and the Low Countries in 1940! These miniatures are also good for use on the Home Front during the anticipated invasion of Britain, Operation Sealion… 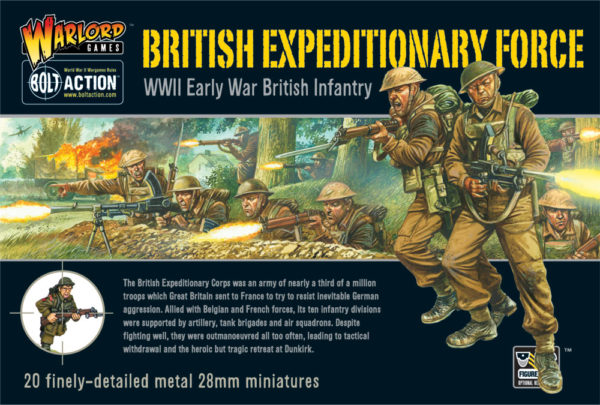 The British Expeditionary Corps was an army of nearly a third of a million troops which Great Britain sent to France to try to resist inevitable German aggression. Allied with Belgian and French forces, its ten infantry divisions were supported by artillery, tank brigades and air squadrons. Despite fighting well they were outmanoeuvred all too often, leading to tactical withdrawal and the heroic but tragic defeat at Dunkirk. 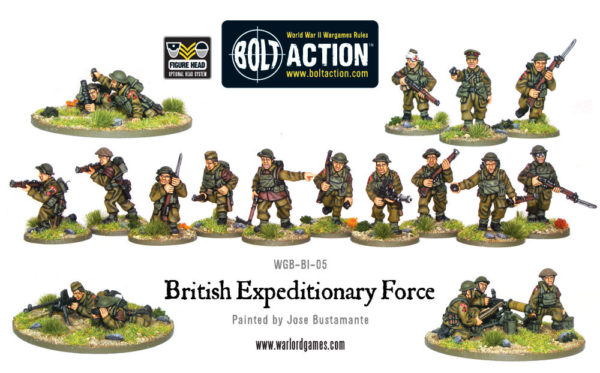 Just the job for bloodying the noses of Adolf’s upstart invaders!