Ever-keen to expand our range and bring some of the more interesting vehicles from history to your tabletops, this week we’re proud to preview a range of some of the lesser-known Second World War Japanese tanks and prototypes – which should be available to order very soon indeed! 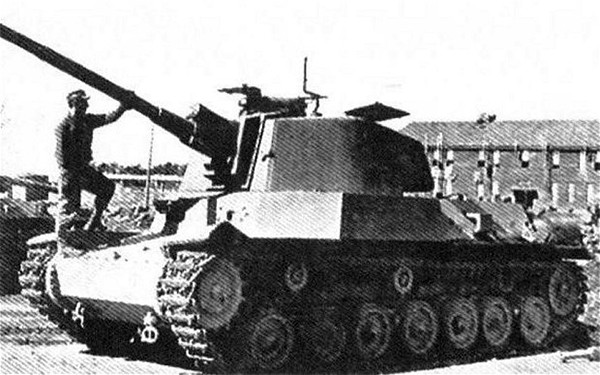 The Japanese began really developing their tanks when they saw the armoured action over in Europe – however they underestimated just how powerfully armed and well-armoured their enemies’ tanks would be – so had to develop specialist tactics and take advantage of their intimate knowledge of the environment if they were to give the enemy a run for their money.

Their (comparatively) light tanks were used with dash and daring – and would often surprise the enemy by appearing in areas where they did not believe tanks could be used, the wet jungle proving no obstacle to them.

They were also a very resourceful army – with their engineers often seen scavenging battlefield wrecks, re-purposing any remaining functional components and using them to repair other vehicles – even those of the opposing forces – including the likes of the infamous ‘Yan-ki Tan-ki’ as shown below!

First – The trio more commonly known simply as ‘The Funnies’

With materials and supplies at a shortage due to the war, Japanese engineers had to look to some more inventive and unorthadox methods of propulsion for some of their armoured vehicles during the latter stages of the conflict.

The little-known ‘Ho-ho’ is a prime example. With engine parts running scarce, the Japanese did away with a powerplant altogether – instead utilising the 2-man crew’s athleticism to push the tank forward. Using a complex series of pedals, cogs, gearing and ingenuity, the Ho-ho was effectively a pedal-powered tankette.

Weighing-in at just shy of 4 tonnes, this was no mean feat – progress proved slow. Crews were issued special high-energy ration packs in an effort to increase the vehicle’s effective range – however the Ho-ho was soon shelved, as platoon commanders were inundated with complaints from the crewmen of excessive chafing. 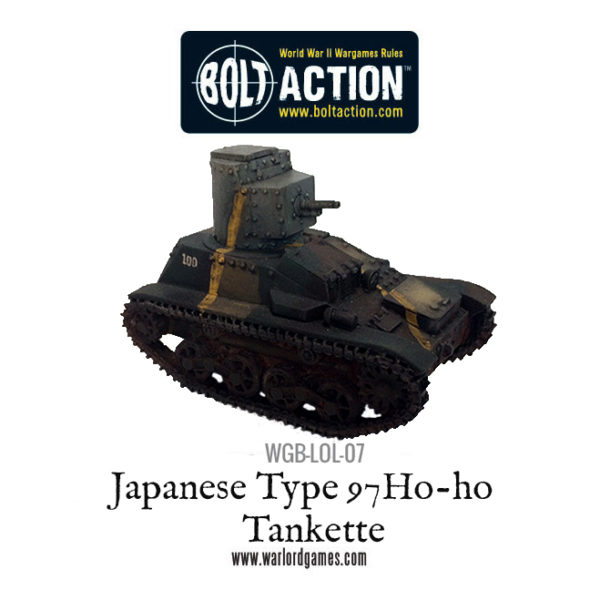 Armed with a high-velocity 47mm gun, the Type-92 Ha-Ha was the most heavily up-gunned variant based upon the Type 94 chassis. However, this wasn’t necessarily a good thing. Massively top-heavy, only a handful saw service, and reports claim to have seen several Type 92s up-turned, having succumbed to the disproportionate level of recoil from the gun – catapulting them about the battlefield. 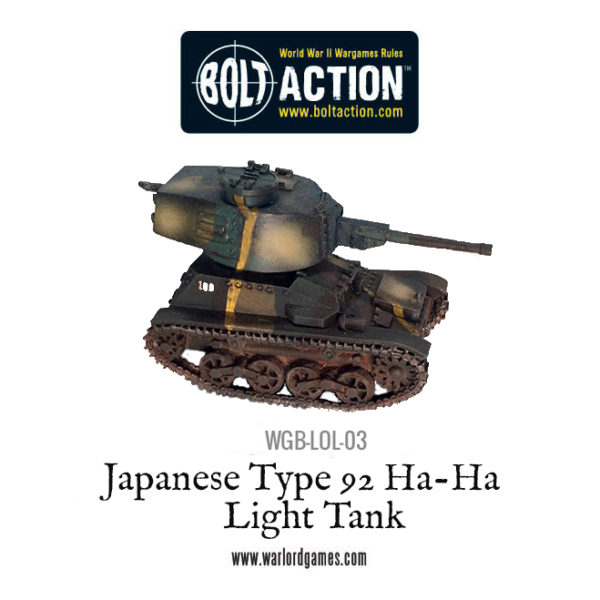 The Ti-Hi was another variant upon the Type 94 Chassis – this time utilising the 57mm main gun as seen on the larger Chi-Ha. It was trialled in an Infantry Support role – and was found to possess a rather unique attribute…

As with most AFVs built upon the Type 94 chassis, the Ha-Ha had a two man crew – driver and gunner. Crews found that if they spun the main gun around to face backward, and fired whilst driving – they could effectively achieve a speed-boost, raising the vehicle’s top speed from around 25mph to a much pacier 40 in some conditions. However, this required great co-ordination between driver and gunner, and ditched Type 47s became a common sight, as crews became overly-confident and arrogant in using this technique when trying to out-manoeuvre the enemy. 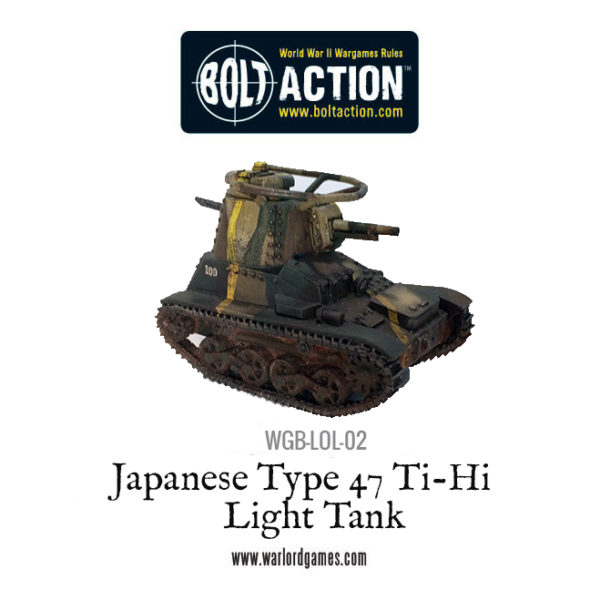 The Ho-Ki-Ko-Ki – as with many Japanese tanks of the period – didn’t have the level of armour of the American tanks which it faced in the Pacific – so the crews would adopt an unorthodox tactic in an effort to avoid incoming rounds – the tanks were fitted with a special drivetrain which allowed them to shift gear much quicker than most AFVs of the time. 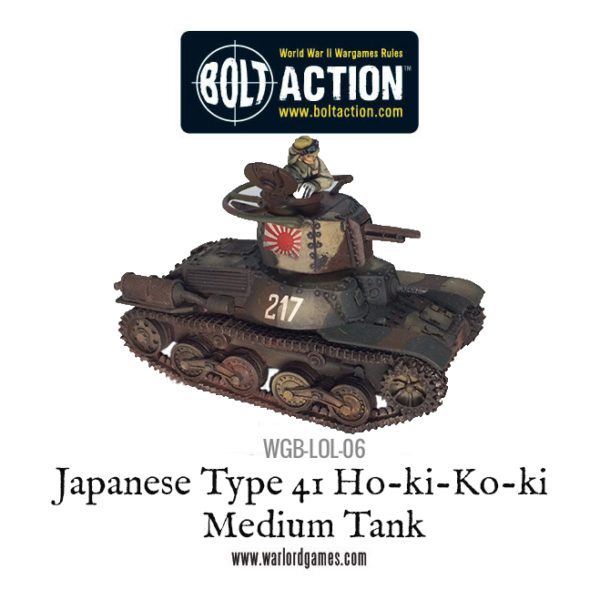 Similar to the So-Mo which we’ve previewed before here, the Lo-Ko was able to run on train tracks… but – where the So-Mo had the option of running on road as well, the Lo-Ko ran on tracks EXCLUSIVELY.

This made for a very limited application – Lo-Kos were however mass-produced by the thousand, and stationed at Rail Depots across Japan in preparation for the inevitable invasion. They were armed for any eventuality – with a rocket rack to tackle armoured targets from range, and 5 flame throwers for infantry at close range. The invasion of course didn’t come, so they simply sat and rusted, unused.

The only kills attributed to the Lo-ko, therefore – is a record of several Lo-Ko crews killed whilst ‘testing’ the Rocket firing mechanism atop this bizarre superstructure. Crews stationed at Rail Yards grew bored of the inaction, so would take turns adding more and more explosives to the rockets – leading (somewhat inevitably) to disaster… 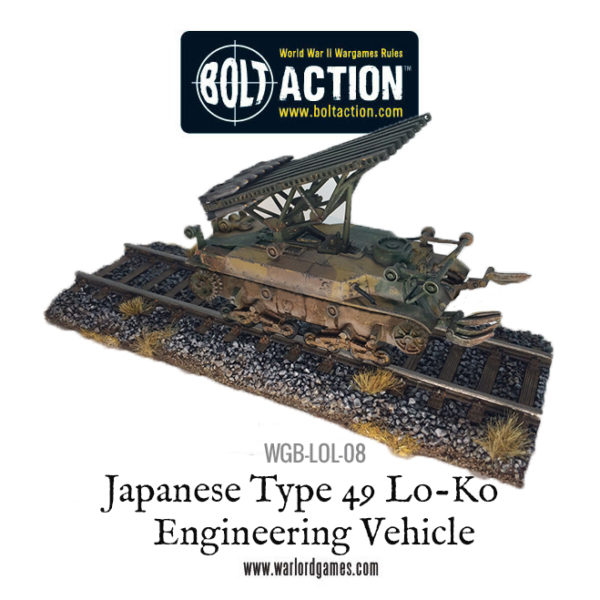 The Japanese were a resourceful force throughout the Second World War – often, they’d aim to simply damage or immobilise American tanks rather than knock them out. Once immobilised, the Japanese would assume control of the vehicles, re-designating them as ‘Yan-ki-Tan-kis’ 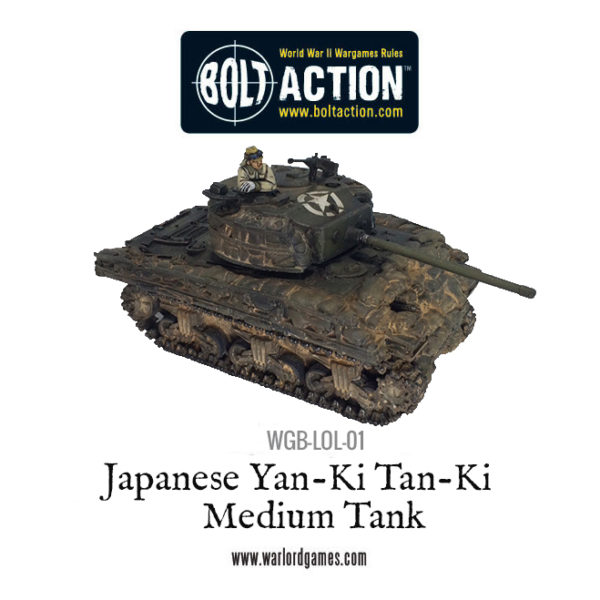 The Shu-ti is an almost unbelievable concept – it was a design which only managed to reach the prototype stage, however it features a rather unique armament, so we couldn’t resist…

During tests, it proved extremely volatile and unstable – the barrel simply couldn’t withstand the rate of fire being asked of it – the barrel heated-up, melted, and ultimately snapped… they found that the new, shorter barrel was a much more effective design – so ditched the fully-automatic loading system, and alas – the ShinHoto Chi-Ha was born… 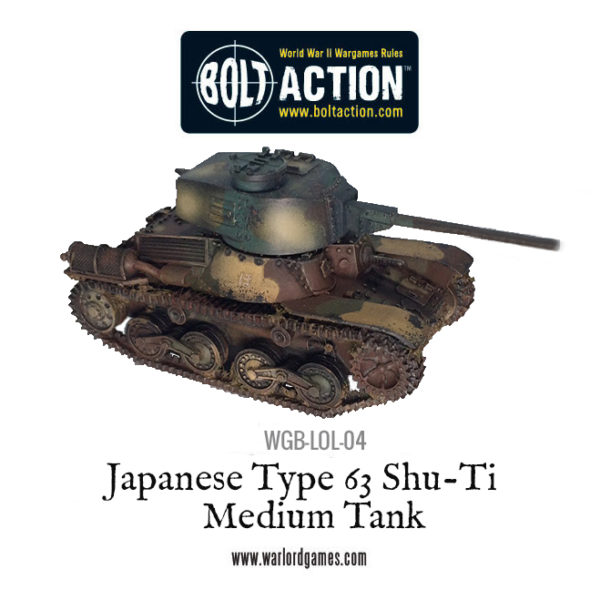 To see our existing range of Japanese Armour, take a look at this article!