The air is thrumming with the sound roaring engines primed for take off – as another wave of air support joins the frey in the Warlord webstore! 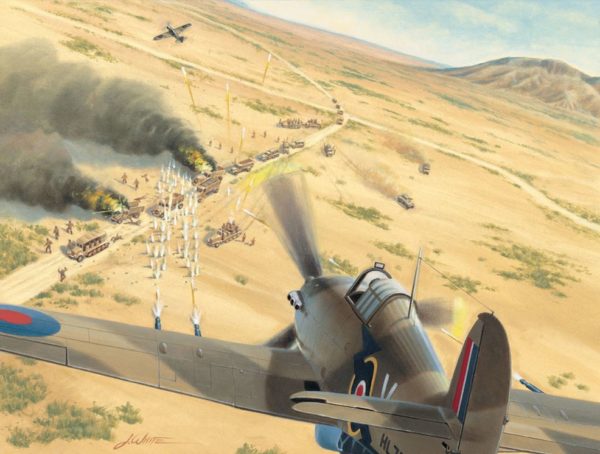 Within the latest Bolt Action 2nd edition rules aircraft can play a vital role in your armies plans for dominating your local battlefields, and here are 5 new additions, some replacing existing versions and some new to decide from: 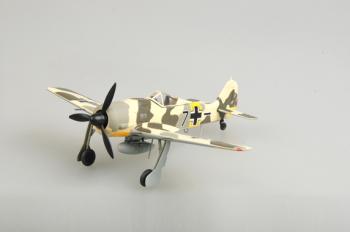 First up is the Focke Wulf FW190A-6 – this highly detailed aircraft has the very interesting camouflage and markings for the 5./JG54, flying during the Autumn of 1943.

The A-6 overcame previous models shortcomings with larger wing surface and a lighter frame. With some 1055 A6’s built between May 43 and March 44 it proved a suburb aircraft that was multi tasked into a fighter-bomber role.

Here are two more choices of the famous and perhaps greatest of all time fighters designed by Willi Messerschmitt – the Bf109: 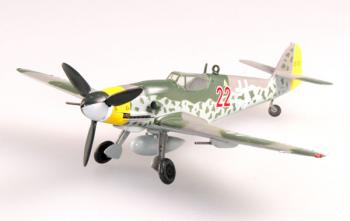 This highly detailed aircraft represents a Bf109G-10, a later model that would have been in the skies above Germany in 1945. 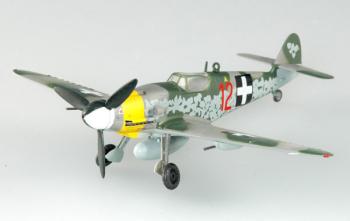 This aircraft represents a Hungrian Bf109G-10, again flying at the end of the war in 1945.

Throughout the war the stalwart BF109 Messerschmitt received constant upgrades to stay ahead of the allied advancements. By 1944 the Bf 109G-6 was jury rigged into a number of roles for which it was ill-suited and its performance reduced further when combined with less capable pilots. It was nerveless a numerous foe for the allies in all theatres. Total Bf 109 Wartime production (September 1939 to May 1945) was 30,573 units and accounted for 57% of all German fighter types produced. Manufacture of the Bf109G derivatives continued postwar until 1958 (Spanish-built Hispano Aviación HA-1109 and HA-1112 Buchons).

These are pre-built and pre-painted 1:72 scale plastic aircraft from Easy model, come with a display stand. 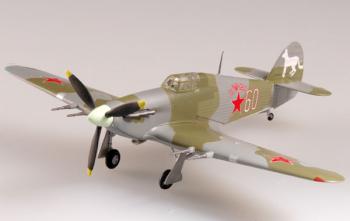 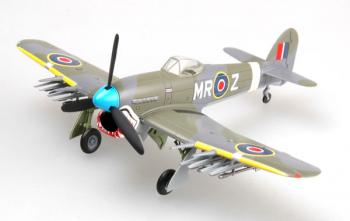 The Hawker Typhoon was a British single-seat fighter produced from 1941. Although it was intended as a replacement for the Hurricane in the interceptor role, the Typhoon eventually evolved into one of the Second World War’s most successful ground-attack aircraft, mounting an arsenal of heavy cannon and rockets!

This highly detailed aircraft represents a Typhoon Mk.IB – With the distinctive shark mouth markings of the CO of 245th Squadron based in S/LA.Zweihbergh April 1945. 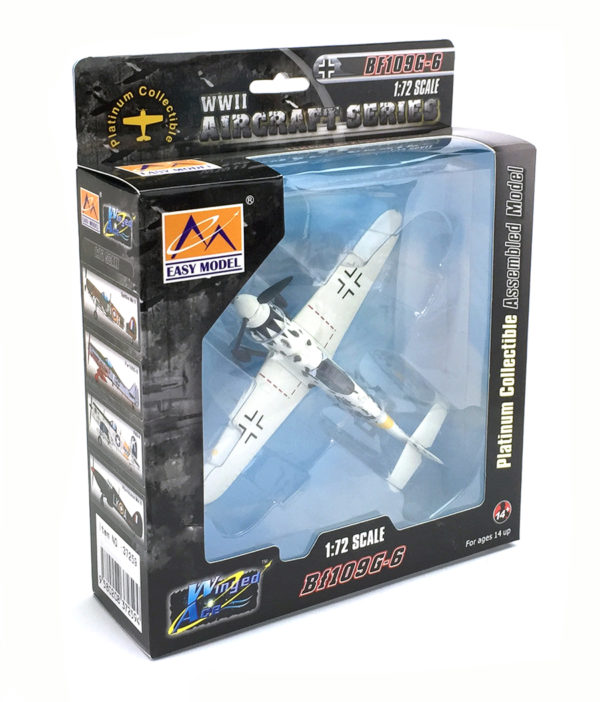 Come and take a fly past our warplane collection and add an element of airpower to your Bolt Action Battlefields this winter!