Combining the lethal 7.5cm Pak 40 anti-tank gun with the ubiquitous Hanomag halftrack gave German forces a highly mobile and very potent solution to enemy armour. You can see this, the latest addition to our huge range of Bolt Action vehicles, below. 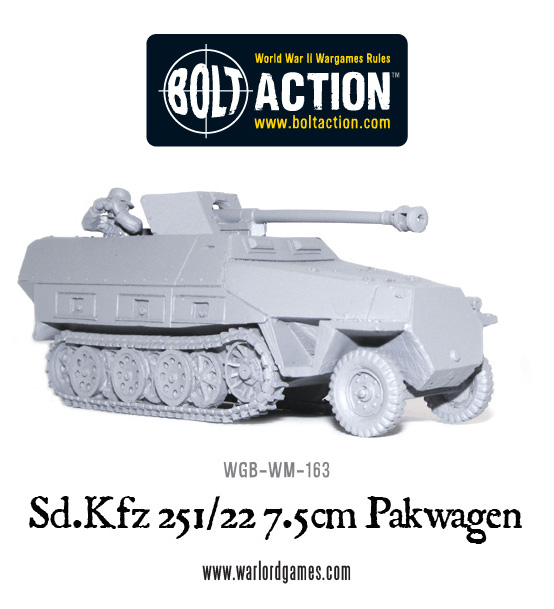 Officially known as the snappily titled SdKfz 251/22 (7.5cm PaK40) Mittlere Schutzenpanzerwagen, this self-propelled anti-tank gun was more commonly referred to as the Pakwagen. Far easier to say after a few Schnapps… 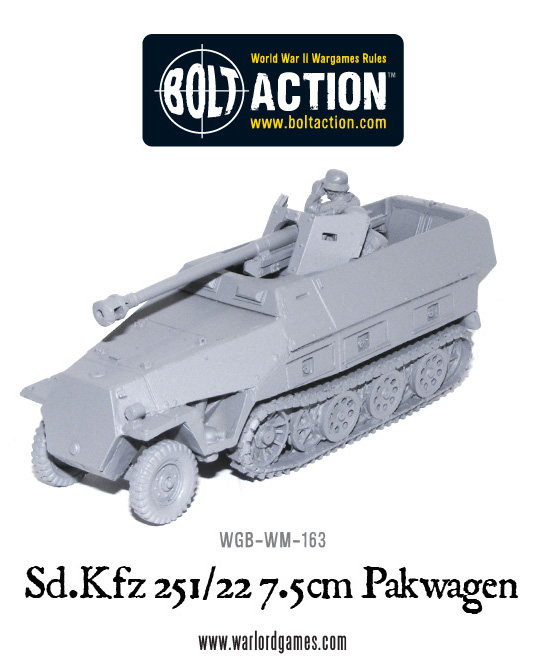 There are many suggestions for why the Wehrmacht adopted this halftrack/anti-tank gun hybrid. One such is that it was designed to fill a gap left due to not enough tanks or tank destroyers in the latter stages of the war. Another thought is that more mobile anti-tank weaponry was necessary to counter Soviet armoured thrusts.  A direct replacement for the under-powered (by 1945) Sd.Kfz 251/9 Stummel is another idea for the inception of the Pakwagen. The truth may well incorporate all of the above. 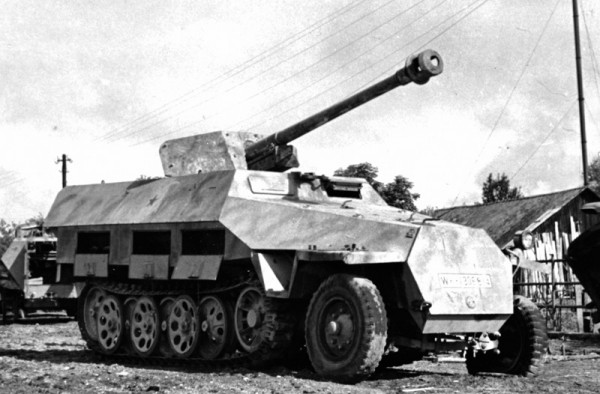 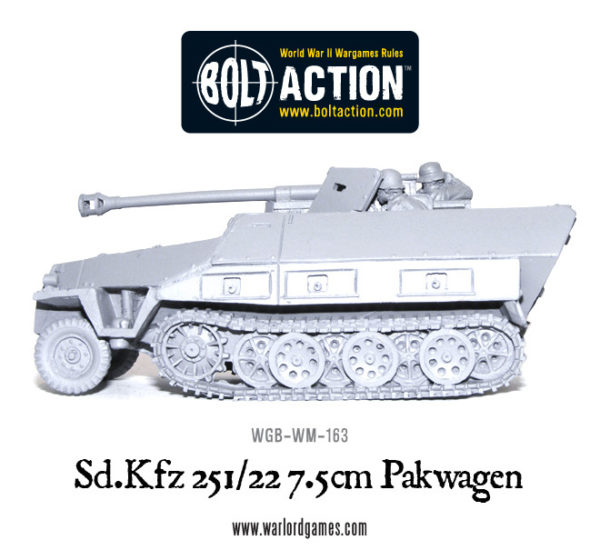 The first Sd.Kfz 251/22 Pakwagen’s were delivered to four units in December 1944 – Grossdeutschland, 25th Panzer Division, 9th Panzer Division and 11th Panzer Division.  WWII buffs will know that two of these units were on the Eastern Front with the others on the Western Front so there is plenty of scope for adding these into your German army no matter where it fights! 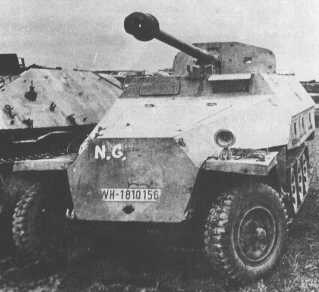 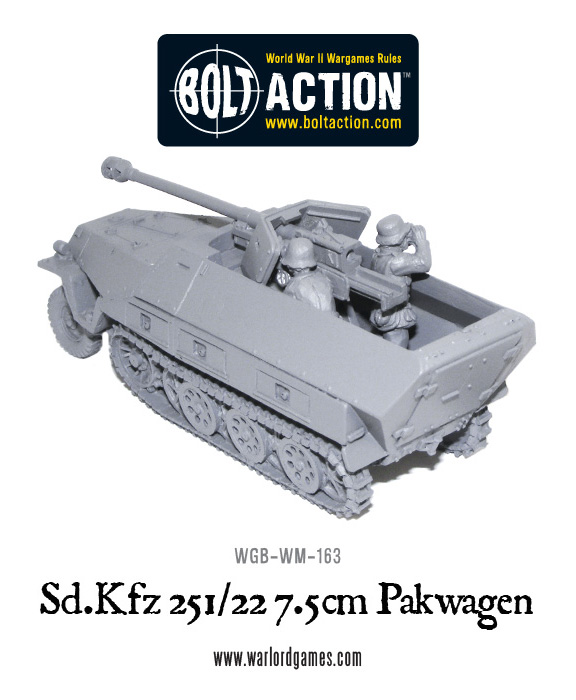 This great new resin and metal vehicle comes with two crewmen. One gunner, sighting the next shot and another scanning the horizon through his field glasses as he searches for the next target… 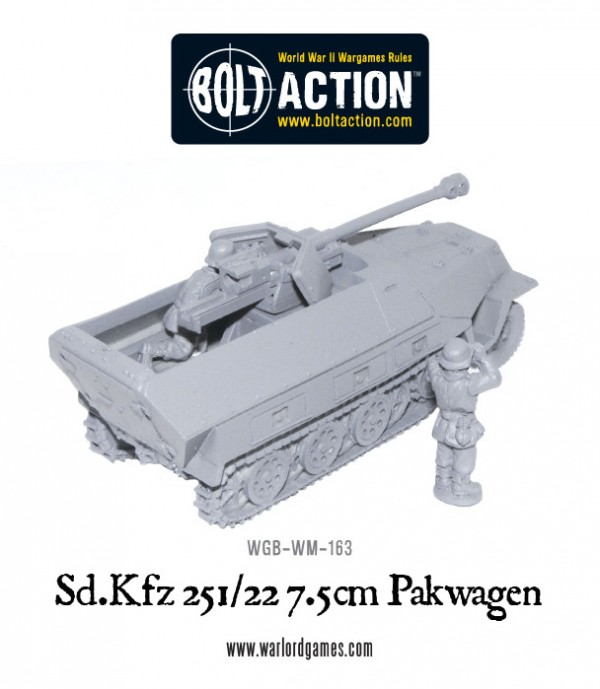