Although an imprecise weapon, the Schweres Wurfgerat 41 was a punishing weapon in large numbers – both in terms of materiel and morale as the weapon made a terrifying noise, earning itself the nickname ‘Howling Cow’. 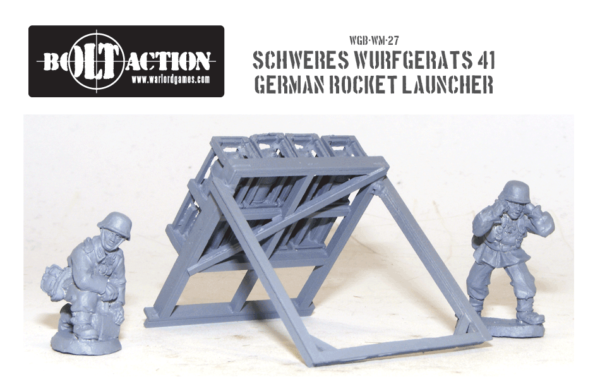 This new portable but static rocket launcher is supplied with two crew, preparing to let loose their devastating salvo. 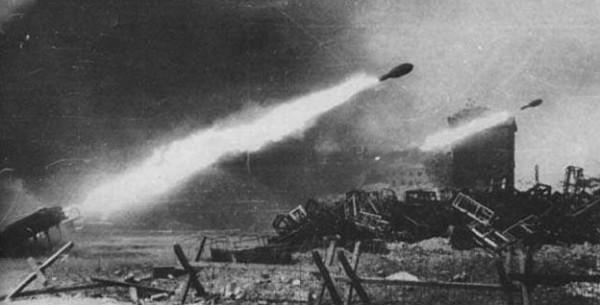 The 28cm or 32cm rockets were held in crates of the same dimensions. They would also be seen mounted on the Sd.Kfz 251/1 ‘Stuka zu Fuss’, providing a more mobile version of the rocket launcher. 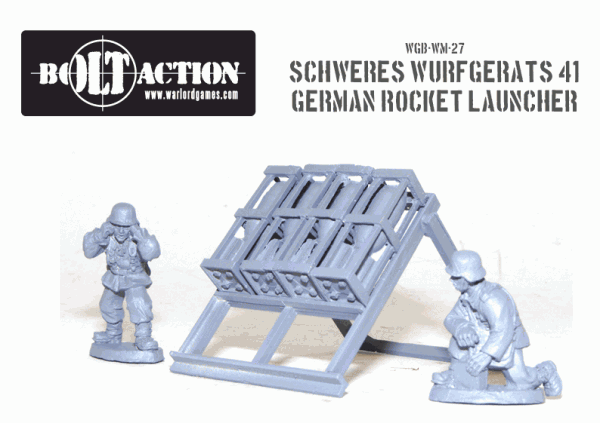 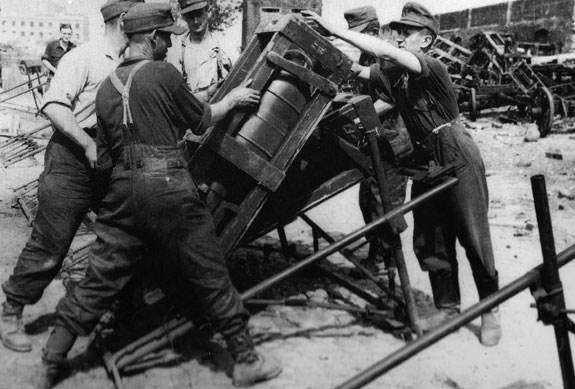 The Schweres Wurfgerät (heavy missile device) launched spin-stabilized rockets which were not as accurate as conventional artillery. Due to the size and weight of the rocket crates reloading took a while.  The rockets were ripple-fired in large numbers where feasible to quickly saturate a given target area, although they could also be fired singly. 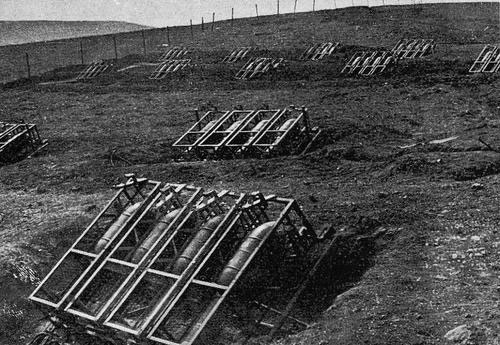 Speaking of Rocket Launchers we also have a Nebelwerfer for our Waffen-SS range (below) – plenty of long range firepower to keep the Allies’ heads down! 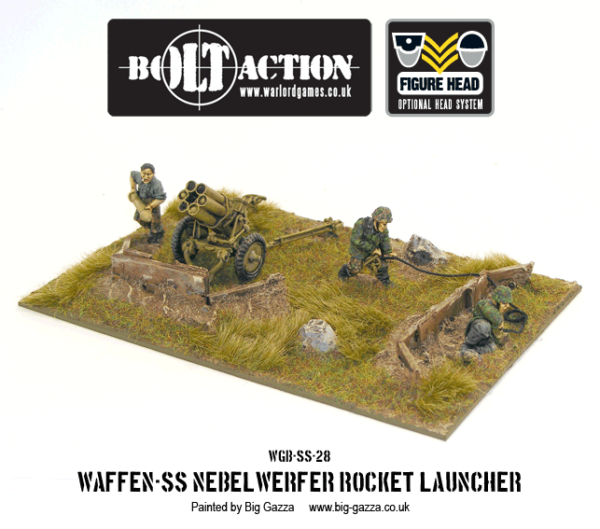