Arguably one of the best-looking armoured cars of WWII, the Sd.Kfz 234/2 Puma was one of a series of eight-wheeled (8 Rad) armoured cars in German service. Now you can add the Puma to your army as the latest Bolt Action resin vehicle rolls out of the factory… 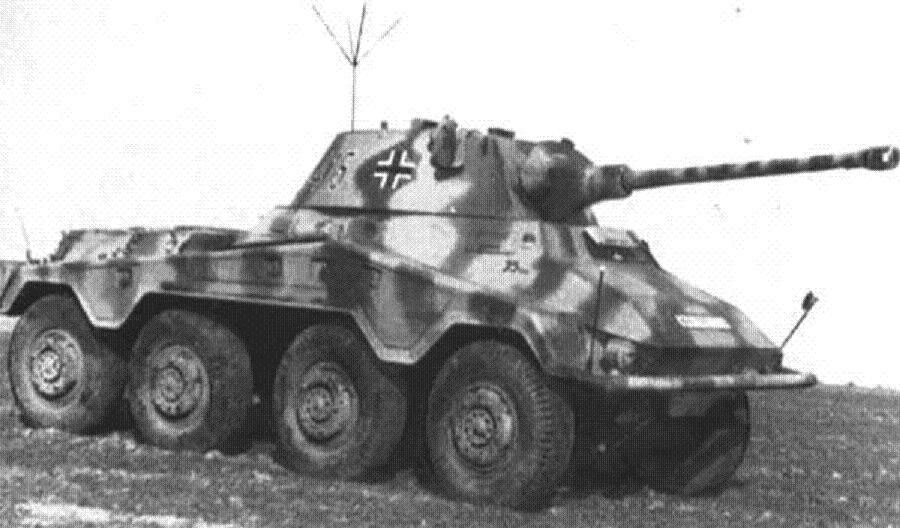 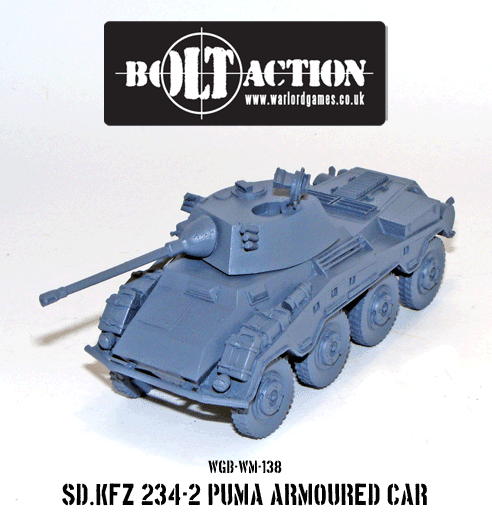 A variant of the Sdkfz 234 it boasted a fully enclosed turret with a 5cm gun and thicker armour than other variants. Despite this additional armour the Puma was still capable of speeds greater than 50 miles per hour (that’s 85km to Europeans) and saw use as a scout vehicle as even the thickened armour didn’t offer much in the way of protection. 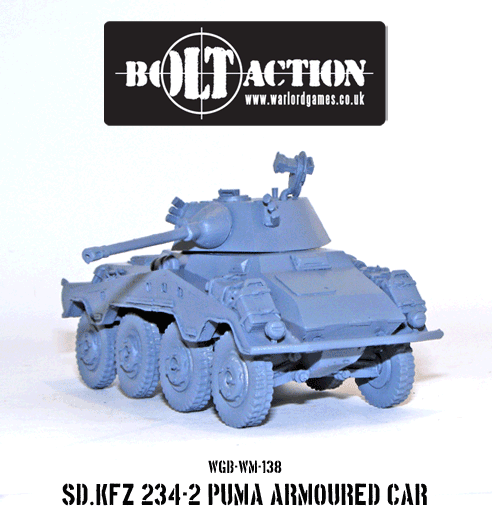 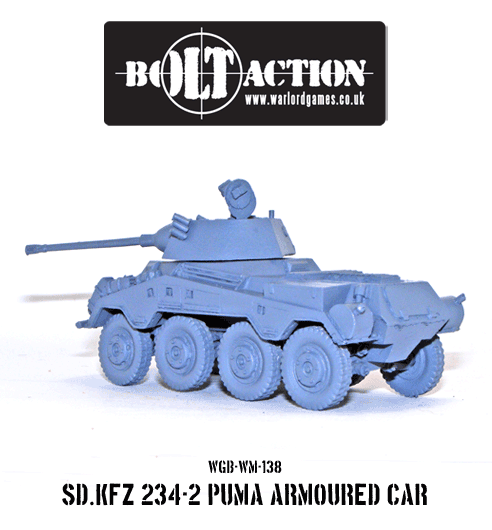 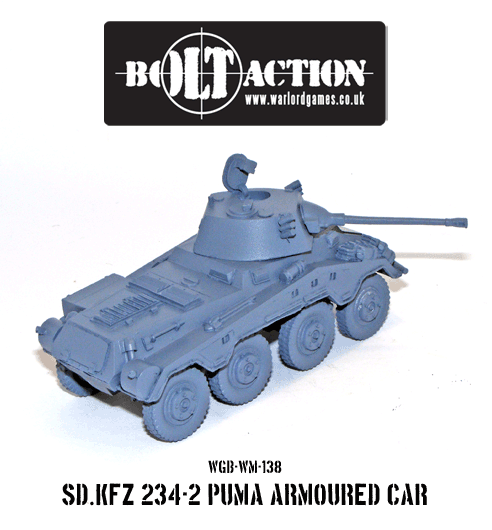 Add this lovely eight wheeled behemoth to your force. 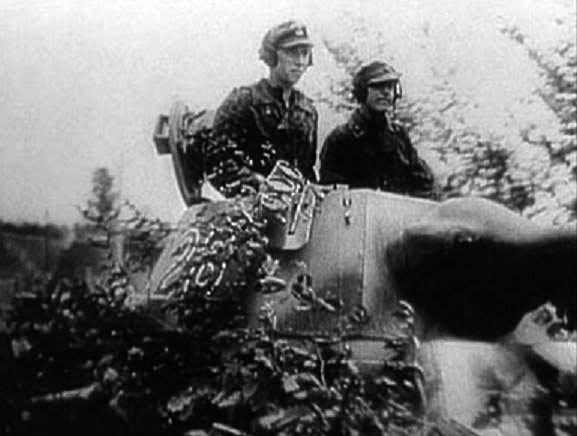 Nab some German Panzer Crew to go with your Puma’s turret hatches. With the separate heads as you’ve come to love from the Figure Head system you’ll have plenty of variety across the zugs in your German army.  These proud panzer crewmen can ably double as Heer or Waffen-SS dependent on how you paint them.

These dynamic miniatures provide you with three tank crew to fit in the hatches of your Warlord resin tanks. You can see a what you get in this crew pack below. 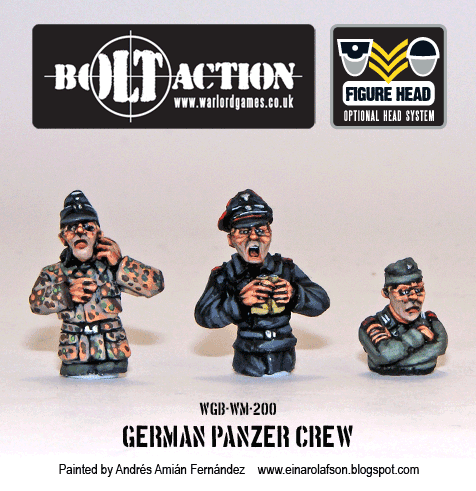