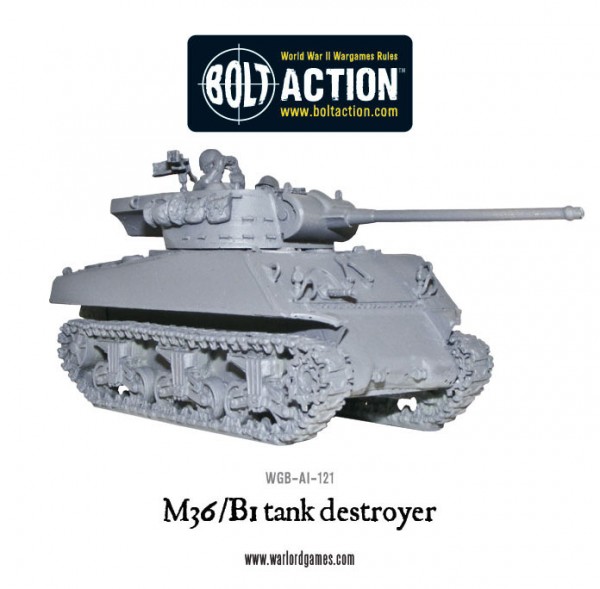 With the advent of heavy German armour such as the Panther and Tiger, the standard U.S. tank destroyer, the 3″ Gun Motor Carriage M10, was rapidly becoming obsolete because its main armament, the 3″ M7 gun, had difficulty engaging these new tanks past 500 metres. This problem was foreseen, however, and in September 1942 American engineers had begun designing a new tank destroyer armed with the M3 90 mm gun. 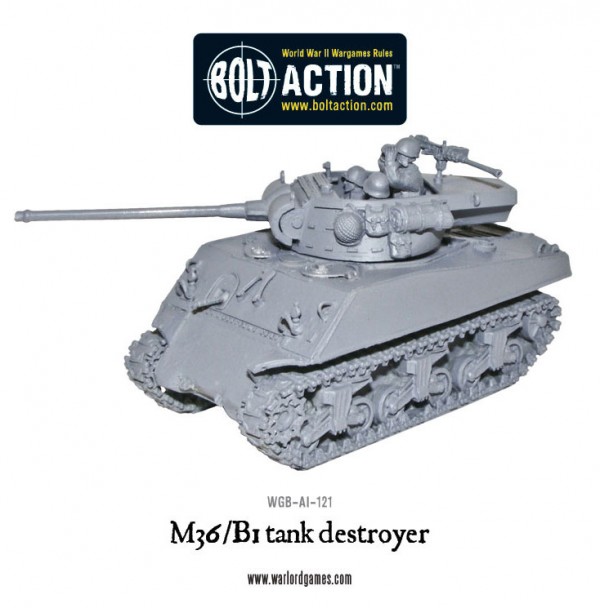 The first M36 prototype was completed in March 1943, with a new turret mounting the 90 mm M3 gun on a standard M10 chassis. Like all US tank destroyers, the turret was open-topped to save weight and provide better observation. 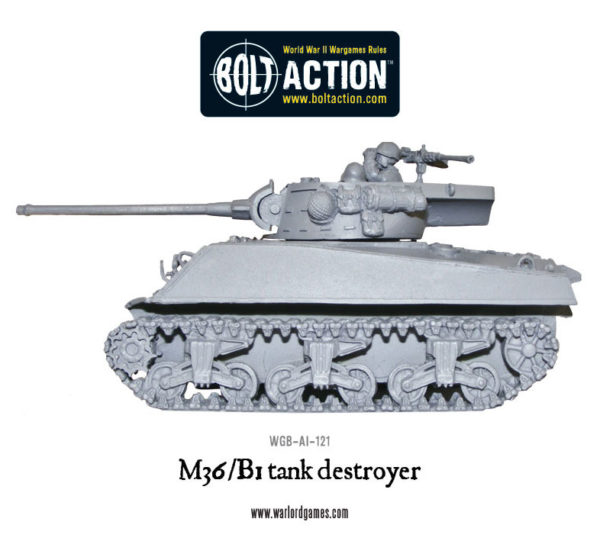 It was not until September 1944 that the vehicle first began to appear in the European Theatre of Operations. The need for 90 mm gunned tank destroyers was so urgent that, during October–December 1944, 187 conversions of standard Medium Tank M4A3 hulls were produced by Grand Blanc Arsenal. 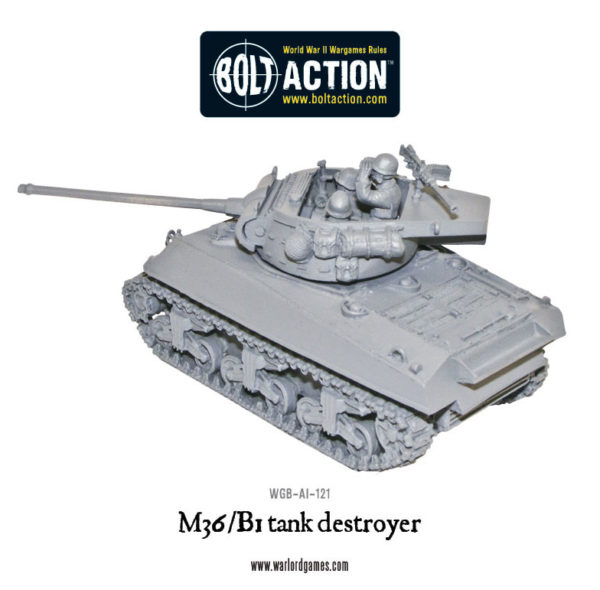 These vehicles, designated M36B1, were rushed to the European Theatre of Operations and used in combat alongside standard M36s. The M36 was well liked by its crews, being one of the few armoured fighting vehicles available to US forces that could destroy heavy German tanks from a distance.