Conceived to replace the M3/M5 Stuart light tanks, the M24 Chaffee fought in US service during the later years of WWII and on into the Korean War. The Chaffee also served with British and Russian forces during the Second World War. Reliable, armed with a 75mm gun and with a good off-road performance, the M24 was popular with it’s crews. 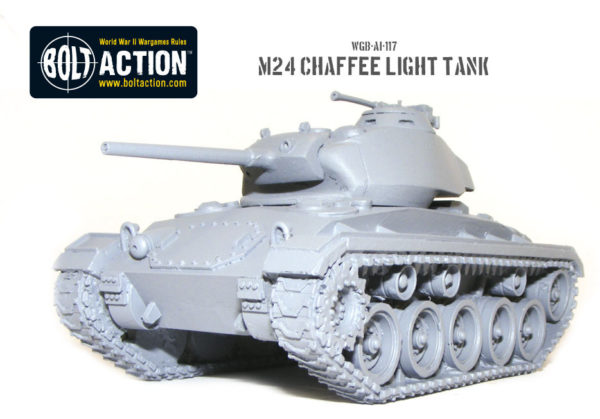 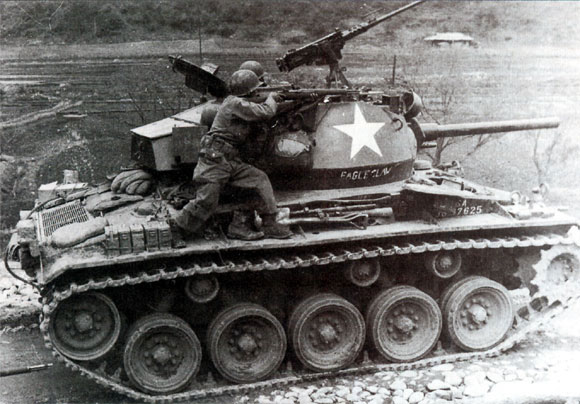 The M24 was nicknamed ‘Chaffee’ by the British after the US Army General Adna R. Chaffee – one of the key proponents of tank development and use in US armed forces. 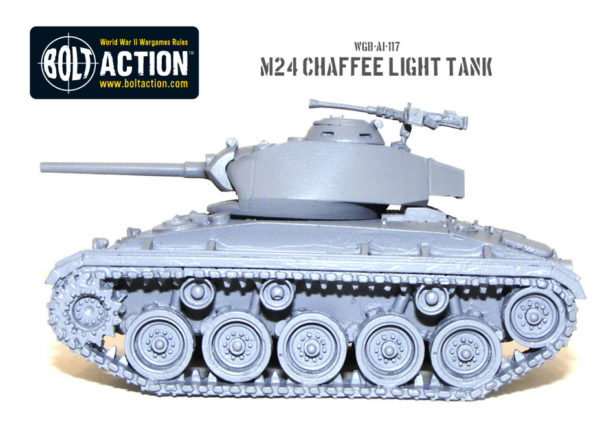 Initially produced as a replacement for the M3/M5 Stuart light tanks, the armour of the M24 was purposely kept light, with a glacis plate only 25mm thick (although it’s heavy slope increased it’s effectiveness). A vastly upgraded lightweight 75mm gun (compared to the 37mm gun found on the M3/M5) added to it’s much lower silhouette made it popular with those crewing it. 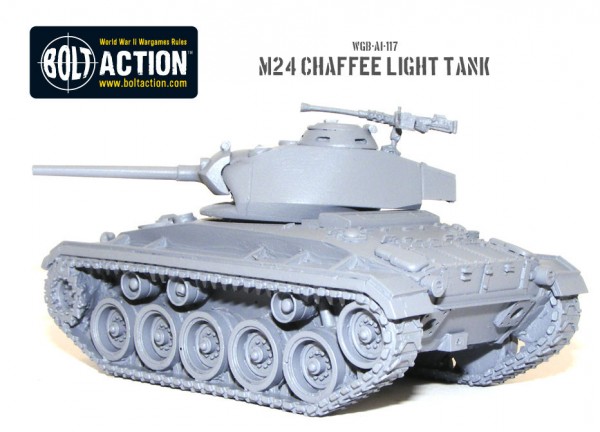 In WWII, the first 34 M24s reached Europe in November 1944 and 17 each were issued to F Company, 2nd Cavalry Reconnaissance Battalion and F Company, 42nd Cavalry Reconnaissance Battalion (both in the 2nd Cavalry Group (Mechanised)). During the Battle of the Bulge in the Ardennes the following month, these units were rushed to the southern sector. But by the end of the war many armoured divisions were still mainly equipped with the older M3/M5. Nearly 5,000 M24 Chaffees were produced during World War II. 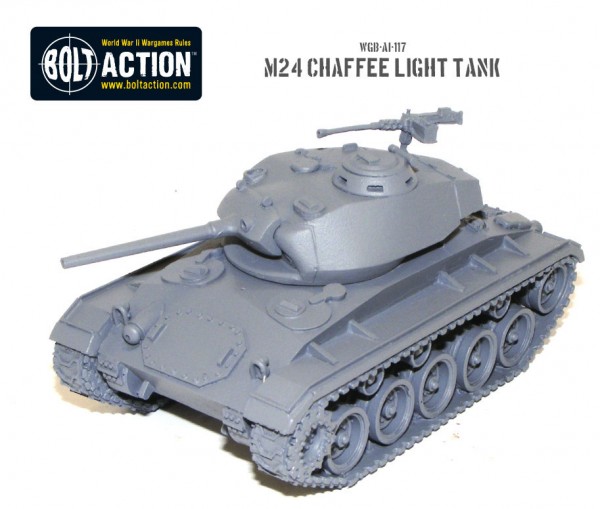 In the Korean War M24s were the first US tanks to fight North Korean T-34-85s. Faring poorly against these much better-armed and armoured medium tanks the Chaffees were more successful later in the war in their reconnaissance role, supported by heavier tanks such as the M4, M26, and M46. France employed M24s in Indochina in infantry support missions, with good results, including 10 air-delivered to Dien Bien Phu. France also deployed the M24 in Algeria. 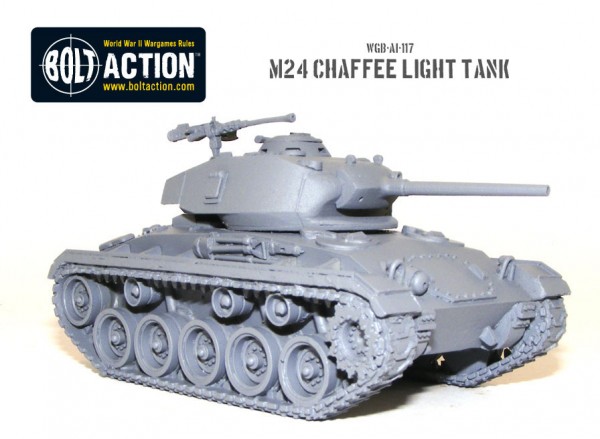 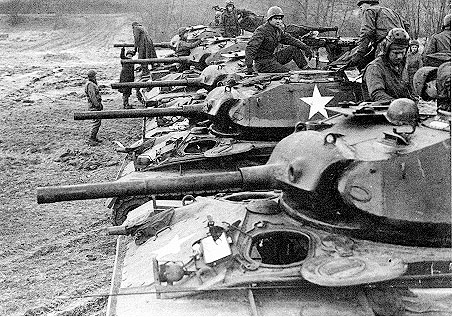 The last time the M24 is known to have been in action was in the Indo-Pakistani War of 1971, where some 66 Pakistani Chaffees stationed in Bangladesh were easy prey for Indian Army T-55s, PT-76s, and anti-tank teams. Norway upgraded some its Chaffees in the 1970s, installing a 90mm French gun, modern fire controls, and a diesel engine which served on until 1992-93. The Uruguayan Army apparently still has over a dozen still in service today! 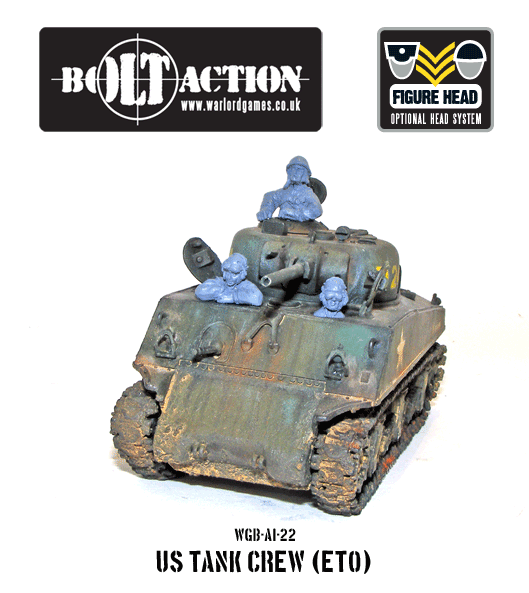 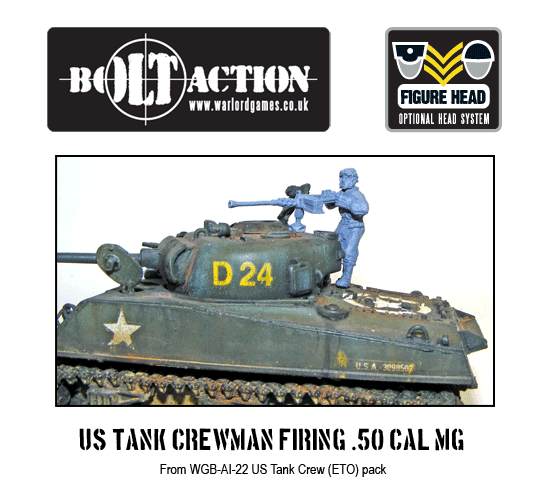 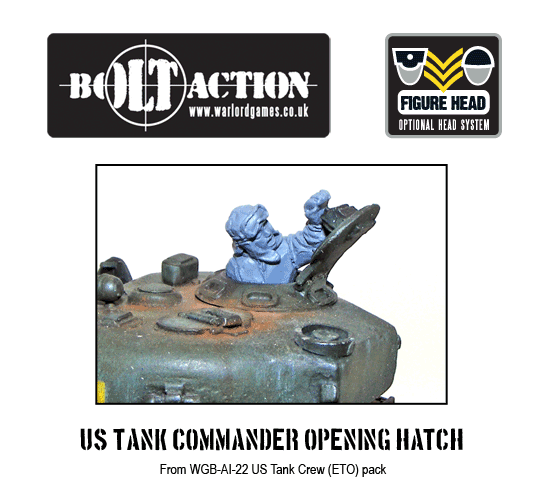 To man the new M24 kit we have this great pack of US tankers. Drivers, commanders and even a tanker stood outside the turret letting rip with the 50 cal!