What could be more iconic of the Imperial Japanese Army than Snipers? Laying in wait in well-prepared hideouts or spending days atop the trees waiting for the unwary Allied soldier to pass, these two marksmen are heavily camouflaged. 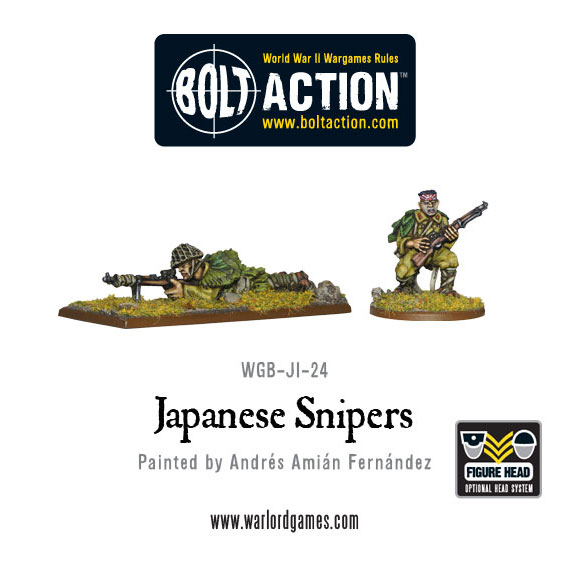 These two snipers with their monopod stabilised Arisaka rifles will be the scourge of their enemies as they pick off soldiers with unerring accuracy.

Both miniatures have Figure Heads so you can pick and choose how to pose them and swap the heads with others in the Imperial Japanese Army range. This set comes with the two heads you see here – one in net-covered helmet and the other wearing a devotional sash as he prepares to take enemy lives in the name of his Emperor and his beloved homeland. 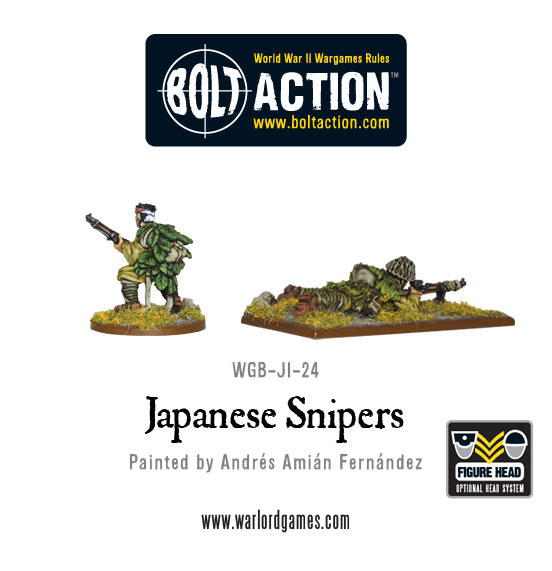 The crouching sniper has tree-climbing equipment – a sturdy leather strap hangs from his belt which he wraps around tree trunks. The metal spikes attached to the feet allow him to gain purchase as he uses spike and belt to climb into the treetops. Once in place he’ll no doubt strap himself in place and sell his life dearly!

These new sculpts will complement our recently released Japanese Jungle Fighters squad. Easy to see how swapping heads around amongst the miniatures would give a new look to your snipers. 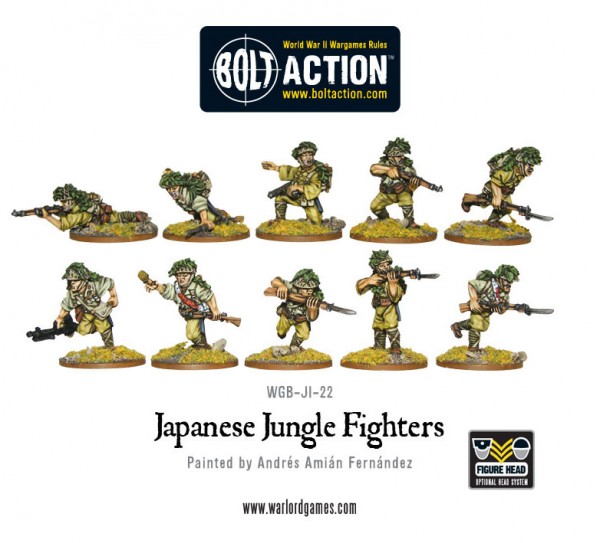