To help support your brand new plastic German infantry on the battlefield we’re bringing you fresh troops in the in the form of a 75mm Pak 40 anti-tank gun, Panzerschreck tank-hunter team and a flamethrower! For the Fatherland! 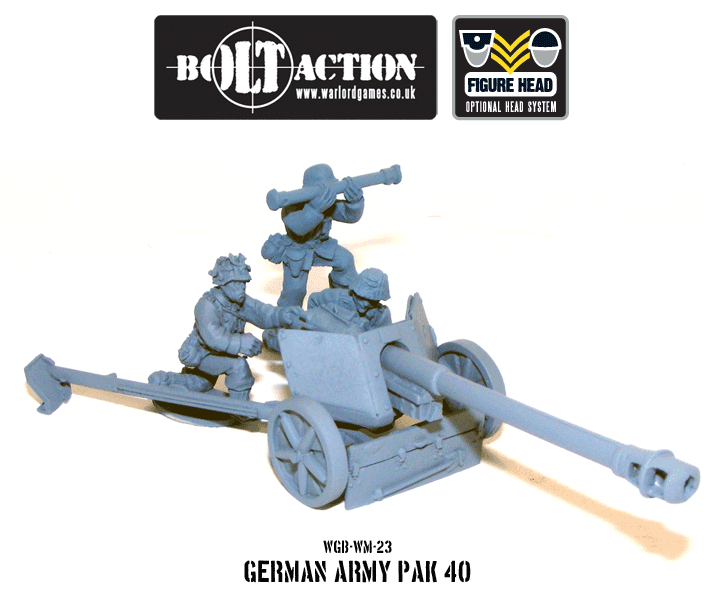 The PaK 40 was the standard German anti-tank gun until the end of the war. This 7.5 cm gun could be found on every front and in nearly all axis forces as an effective way to halt Allied armour. It made it debut in Russia due to the appearance of new heavy tanks such as the heavy KV series. 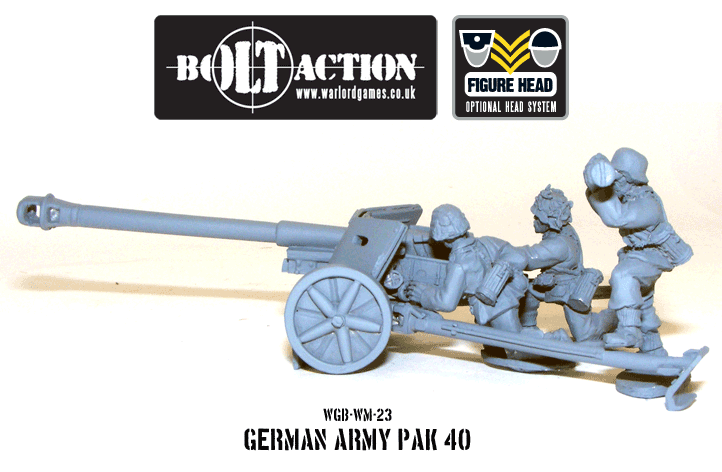 This kit does a spectacular job of integrating the crew and gun to form an action packed diorama. You can practically hear the thud of the round being fired and the commands of the rangefinder as he sights the gun on it’s unfortunate target! To add this lovely model to your army today, just head here. 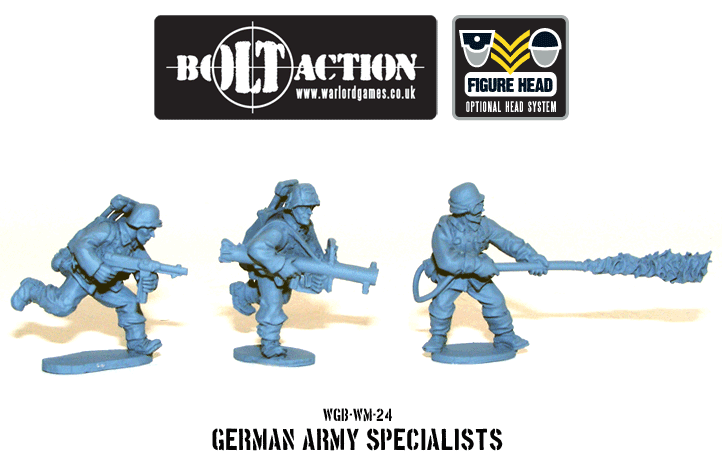 Looking for even more specialists to add to your Wehrmacht force? Look no further! These dynamic models should fit the bill nicely. 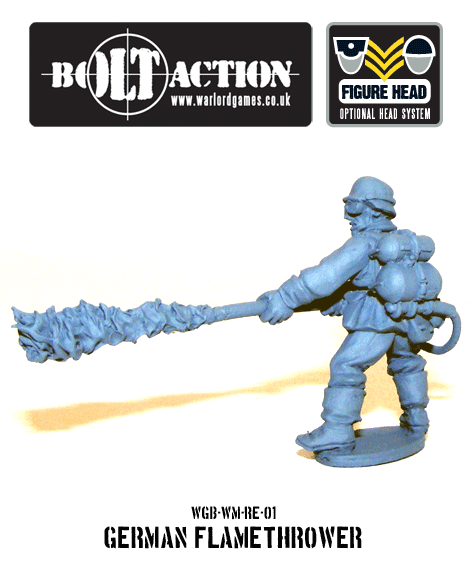 Feast your eyes on this fantastic new German Flamethrower model – the detailed fuel cells and gout of deadly flame will be a joy to paint. But not so much of a joy for your opponent’s troops and open topped vehicles! If the flames aren’t your taste (what’s wrong with you!) simply snip them off and you’ll have a Flammenwerfer ready to unload it’s deadly payload… 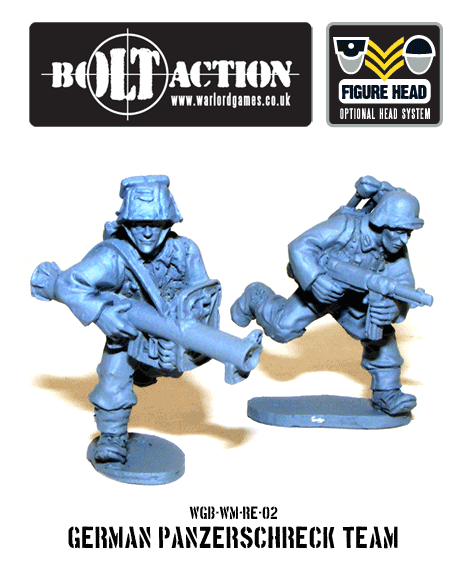 Once you’ve taken care of any light vehicles, this Panzerschreck team will finish the job. These have been sculpted in such a way to reflect the Panzerschreck Team rushing to set up a new ambush site before deploying and knocking out yet another vehicle in defence of the Fatherland. And don’t forget that these models are part of our Figure Head system so with separate heads you’ll have plenty of options. Don’t forget the heads from our plastic German Infantry set are also compatible. the heads are swappable to help create unique teams throughout your force! 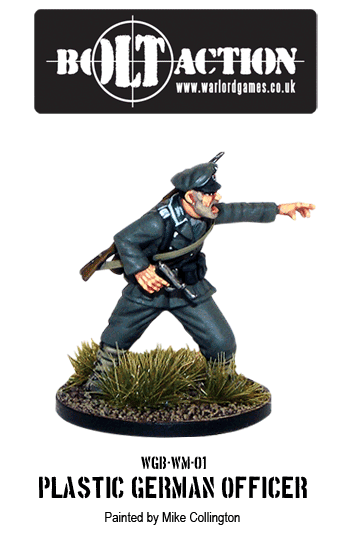 And don’t forget all the great new German releases this past month has brought like the mandatory German Plastic box set! Shown above is an example of a German Officer built from parts from the boxed set.

Or, add the tremendous firepower of an MG42 HMG team to your Germans and give your infantry some much needed support. Finally, there’s the 81mm Mortar Team to pick up, so you can lob shells onto enemy positions! 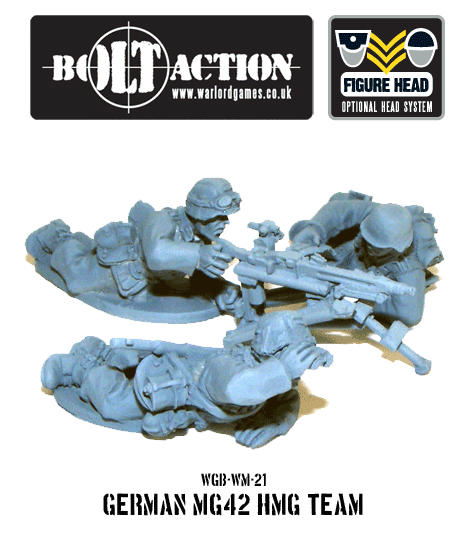 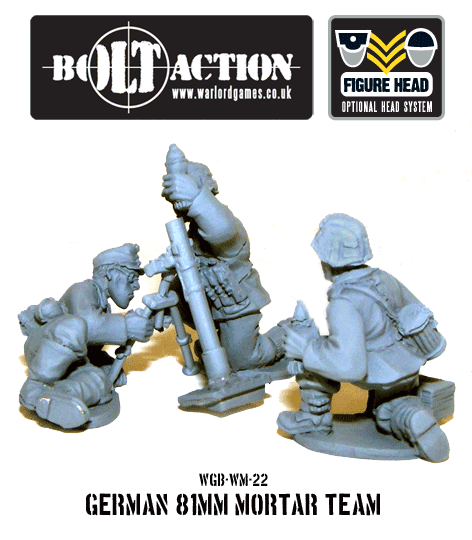