These reinforced concrete anti tank obstacles were widely used during the war – especially in Europe. Adding an extra dimension to your battlefield these resin obstructions can now be yours! 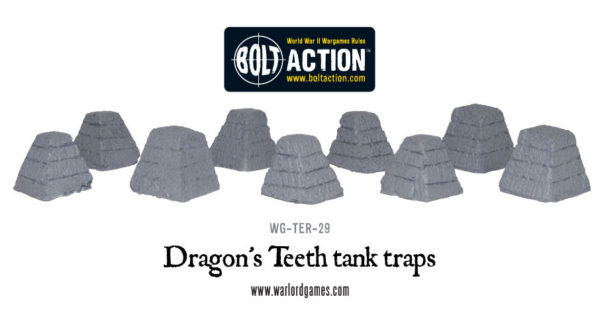 Designed to impede the movement of armoured and mechanised forces, these steel-reinforced concrete obstacles were used extensively during the Second World War – predominantly in Europe. In addition to providing an impassable barrier they were utilised to channel movement into killing zones, covered by anti-tank weaponry. 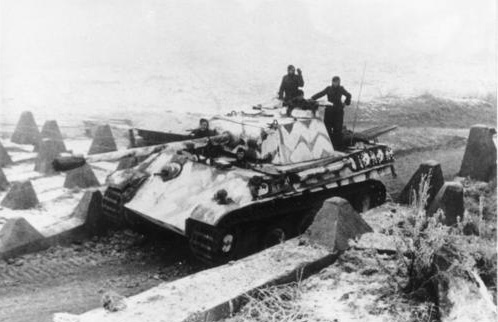 Dragon’s Teeth were capably disposed of by combat engineers and specialist vehicles and although causing an initial degree of consternation for an offensive force, they were often nullified relatively quickly.