Ever since we first showed you the preview of our new Churchill Mk VII model you’ve been asking when we’re going to do a Churchill Crocodile flame-throwing tank. Well, today’s the day you can stop asking! This fearsome vehicle can now be added to you army here. 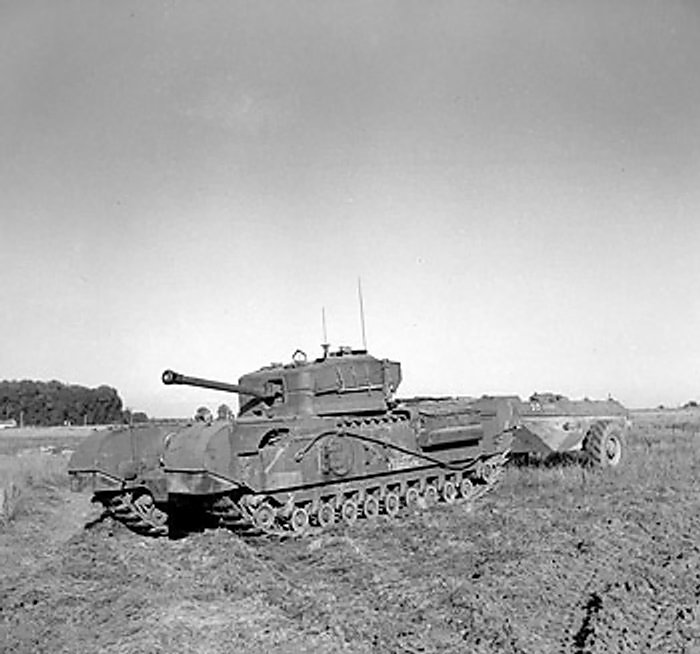 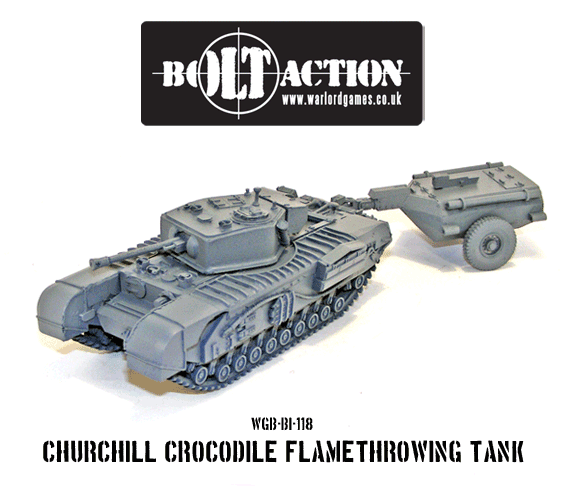 The Churchill Crocodile is a Churchill tank but with the hull mounted Besa Heavy Machine Gun replaced with a flame thrower. The fuel for the flame thrower was transported in a six and a half ton trailer towed behind the tank. Containing 400 gallons of fuel this provided enough for eighty one-second bursts of flame with a range of 120 yards! 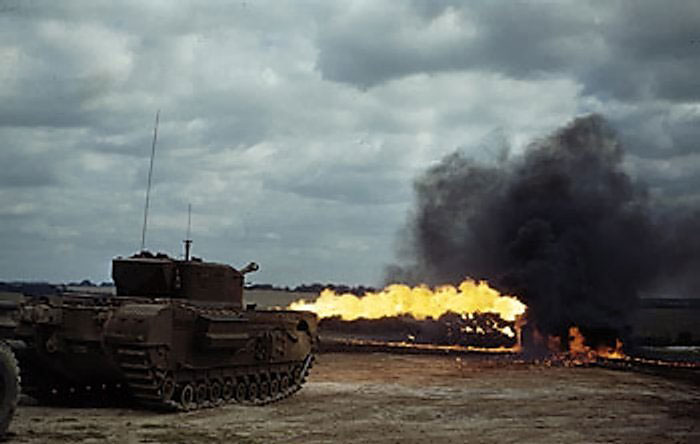 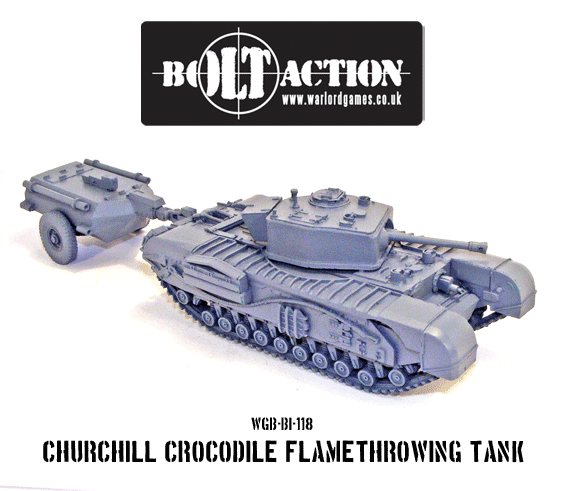 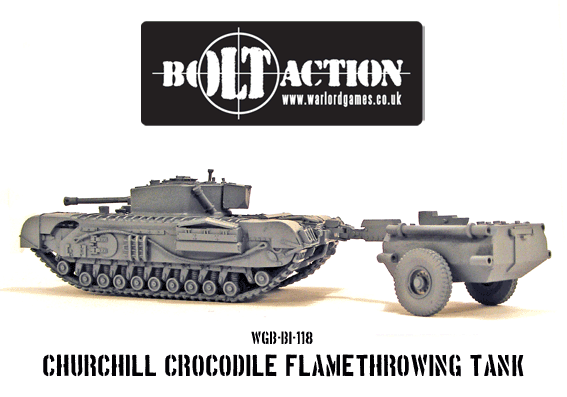 800 units were produced although 250 of these were held back in case they were needed against the Japanese in the Pacific Theatre. 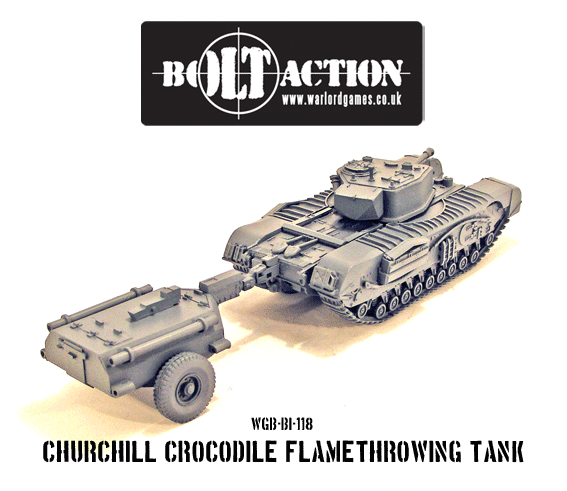 Note that although not shown in the images above the Crocodile comes with a tank commander miniature. Pick up your own Churchill Crocodile here today!