With spike bayonets fixed and bristling with hand grenades these tough paras are taking the fight to the Germans and aim to give them a taste of Sheffield steel! It’s not just Red Devils looking for a close-up fight in this pack – there’s also a para with Lifebuoy flamethrower. Just the thing for knocking out pillboxes and scaring the willies out of Jerry! 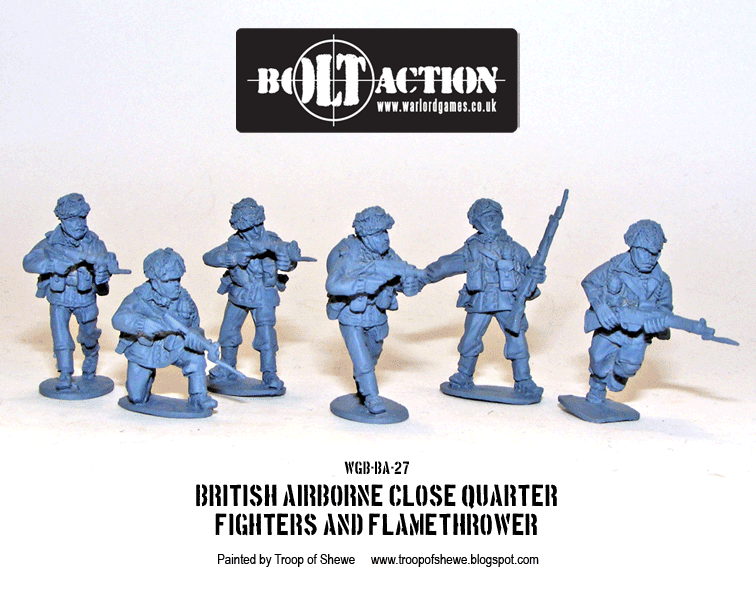 There are few tougher opponents than the British airborne, that is apart from our new Close Quarter fighters… Tough men in tough situations, we have sculpted these lads with extra grenades and with bayonets fixed on Enfields and even on their Stens! 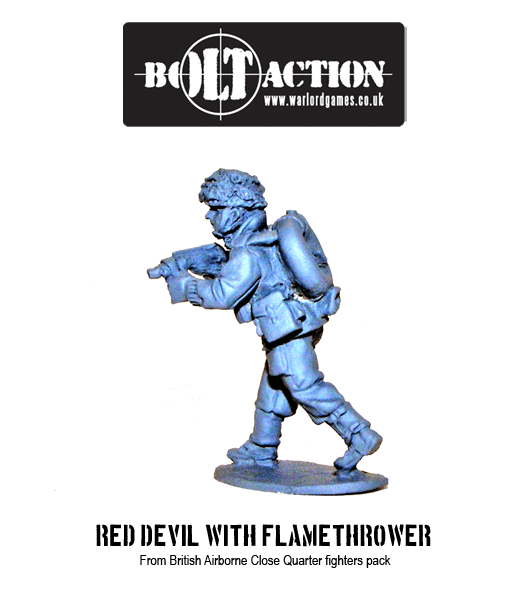 If that is not intimidating enough, thye pack also contains this man-packed lifebuoy flamethrower! Excellent for taking out those bunkers guarding the bridges…

Head to the webstore now to pick up this pack of 5 British Airborne armed with rifles or Stens with fixed bayonets, bristling with grenades and a Para armed with Life-Buoy Flamethrower!