With the recent releases of our French army, Italian Airborne and Polish army ranges we’ve taken the opportunity to create a few new army deals for you. These will not only allow you to purchase your army easily but also save you a few quid into the bargain…

Maybe you’ve been on the fence about the French, despite these lovely sculpts. Here’s a great chance to cast aside any doubts and get started on a French army!

This deal provides you with:

Tankettes and cavalry more to your liking? This Polish RoE Starter Army is a steal!

This deal includes the following: 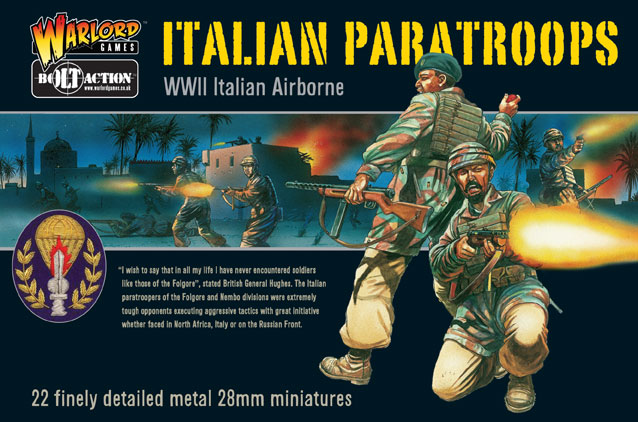 What better way to start your Italian Paratrooper army for Rules of Engagement than this specially tailored army deal? With all the basic options you need plus a few goodies this’ll have your opponents running for cover…

All the great new Italian Airborne models we’ve been flashing in front of you for weeks now got you thinking about a new force? Ready to jump in with both feet, berettas a-blazin? No problem! Start with a Platoon Command and 3 Paratrooper Squads, plus additional support and save some cash!

The deal contains the following: