Giving your brave Tommies a fighting chance against the advancing panzers this classic British Anti-tank gun has been remastered and is available once again. Have a gander here… 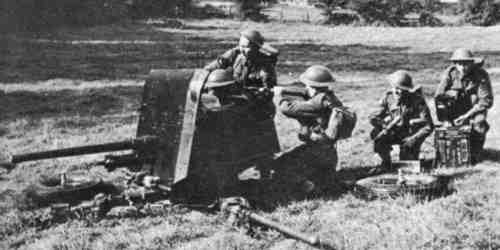 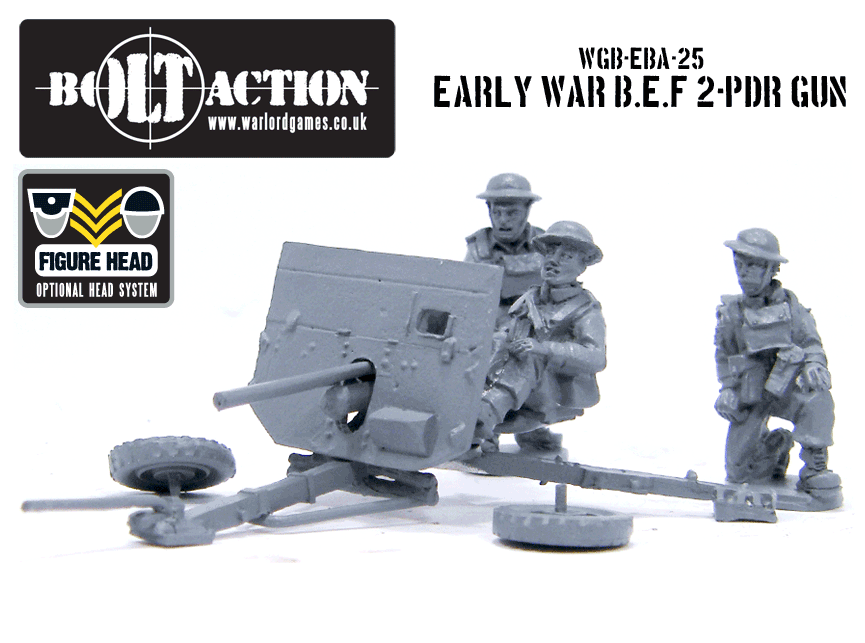 More commonly known as the 2-pounder, the Ordnance QF 2-pounder (QF standing for ‘quick fire’) saw action primarily in the invasion of France in 1940 and during the campaign in the African desert (where it was also mounted on vehicles in an ‘en portee’ fashion. 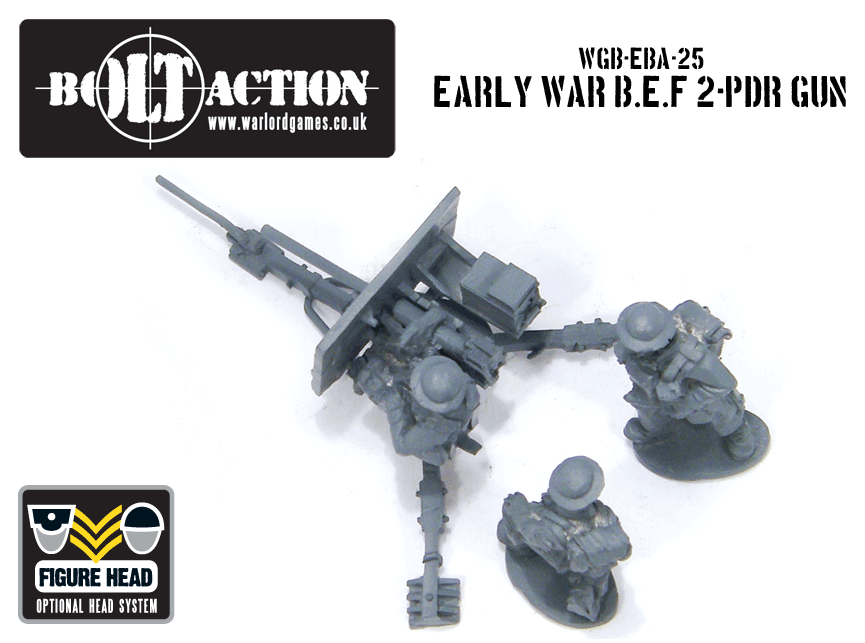 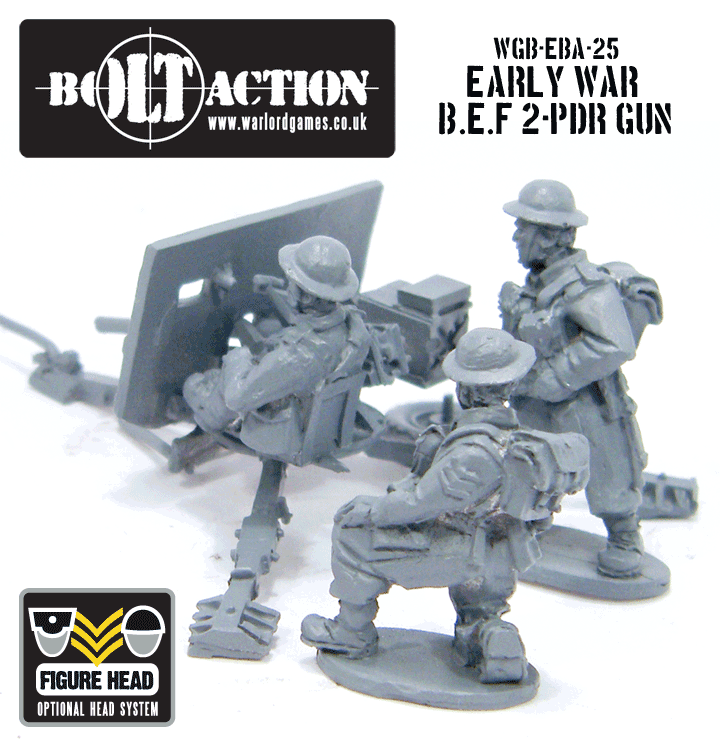 Although the 2-pounder remained in service until the end of the war most frontline guns were replaced by the 6-pounder as the 2-pounder was not up to penetrating increasingly thick German armour. As a result the 2-pounder was moved on to Far East units where the Commonwealth troops faced the lighter-armoured Japanese tanks and armoured cars, the Home Guard and infantry anti-tank units. 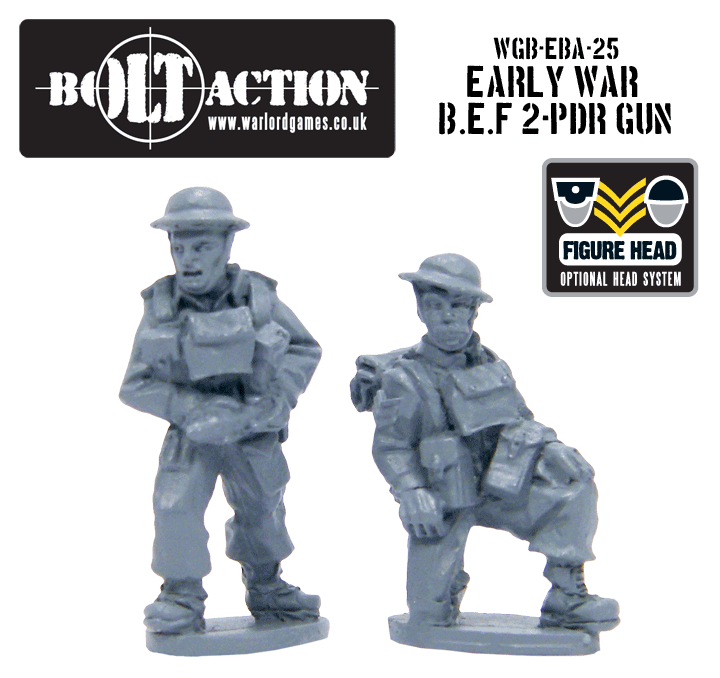 We’ve taken the opportunity to refresh the crew and they now come with separate heads as part of our Figure Head System.

Purchase a 2pdr gun with 3 BEF crew here in the webstore.