The Armadillo was an armoured fighting vehicle produced in Britain during the invasion crisis of 1940-1941. Based on a number of standard lorry chassis, it comprised a wooden fighting compartment protected by a layer of gravel filling the walls of the ‘fort’ and a driver’s cab protected by mild steel plates. Armadillos were used by the Royal Air Force (RAF) to protect aerodromes and by the Home Guard (making it an ideal addition to our new Dad’s Army Home Guard Platoon!). 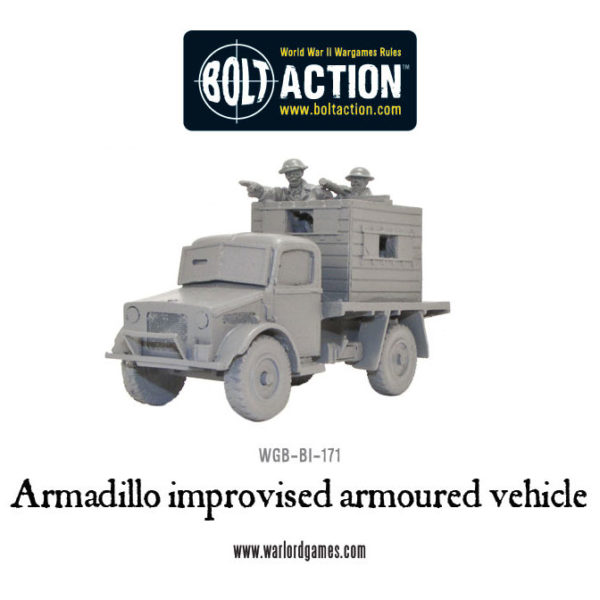 Such a Heath Robinson affair would also work very nicely for those of you who play games set in the fictitious Very British Civil War setting. 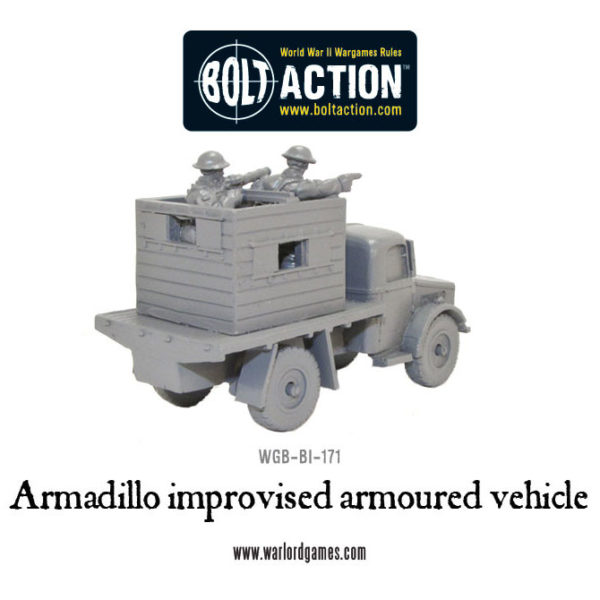 With the Fall of France in July 1940, the Germans threatened to invade Britain. The British Government made frantic efforts to prepare to meet the threatened invasion. One particular problem was the defence of airfields against airborne troops.

An ideal solution to the problem of protecting the open space of an airfield would be to make use of armoured fighting vehicles such as tanks and armoured cars. However, the British Army lacked heavy equipment, having been forced to abandon much of it during the Dunkirk evacuation. An alternative would be an improvised armoured fighting vehicle that did not compete for resources with conventional armaments. 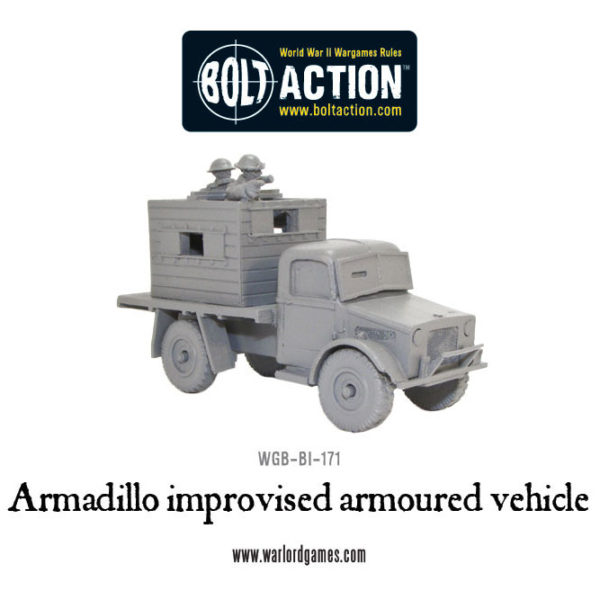 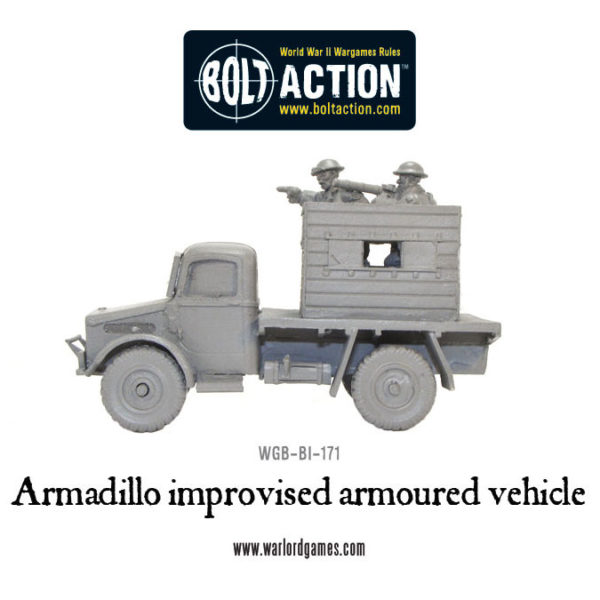 The RAF started looking for a suitable vehicle at the end of May 1940 and by 4 June they settled on the design destined to be known as the Armadillo. This vehicle was a flat-bed truck, on the back of which was mounted a box-like fighting compartment. Inside this was another, similar wooden box about 6 inches (150 mm) smaller all round; the gap between the boxes was filled with gravel. This provided protection from rifle and machine gun bullets. The fighting compartment had an open top with a beam across it to support a Lewis Gun on a sliding mount. The drivers and the engine were protected by steel plates. Most Armadillos were armed with two Lewis Guns and three rifles. 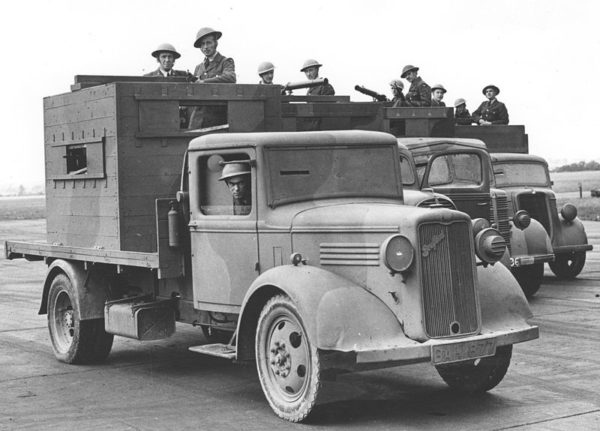 Bolt Action game designer Alessio Cavatore is currently working on a set of rules for this charming new vehicle so expect to see those in the next week or so!