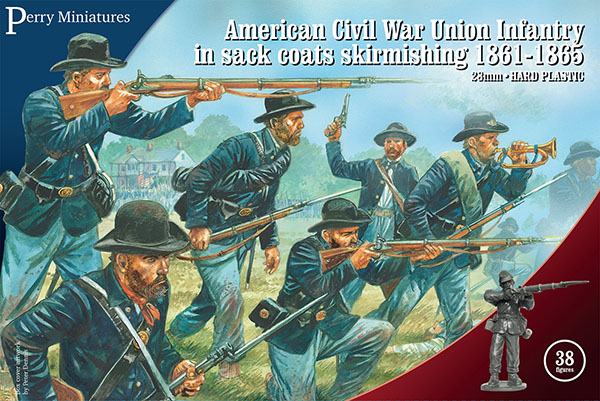 The figures in this box are in skirmishing poses; firing, loading and running. They are all in sack coats and have the choice of either forage caps or broad-brimmed hats. 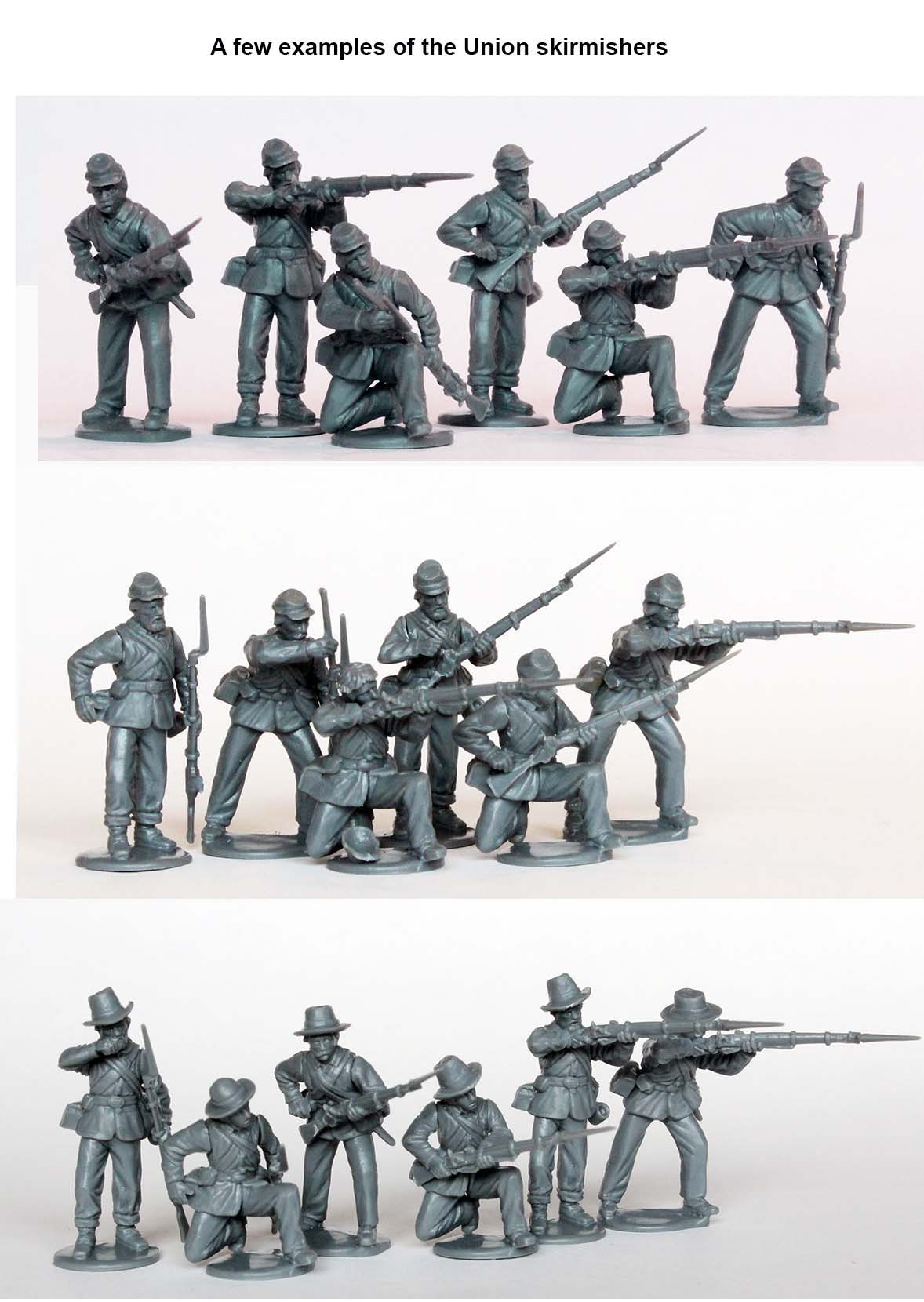 The figures are the same as the Union box ACW 115 but are a different mix to allow a skirmish force to be built. You could also create a ragged firing line with most of the the figures too. 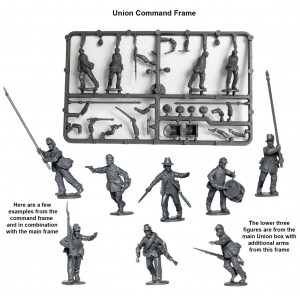 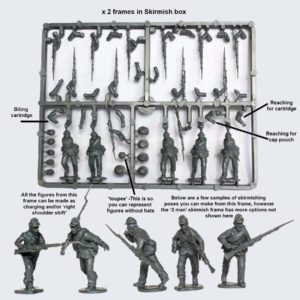 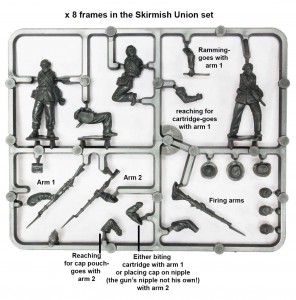 The are 38 figures in the set with individual 20mm round bases and flags.

Build your skirmish lines with this 76 figure, 2 box, set: 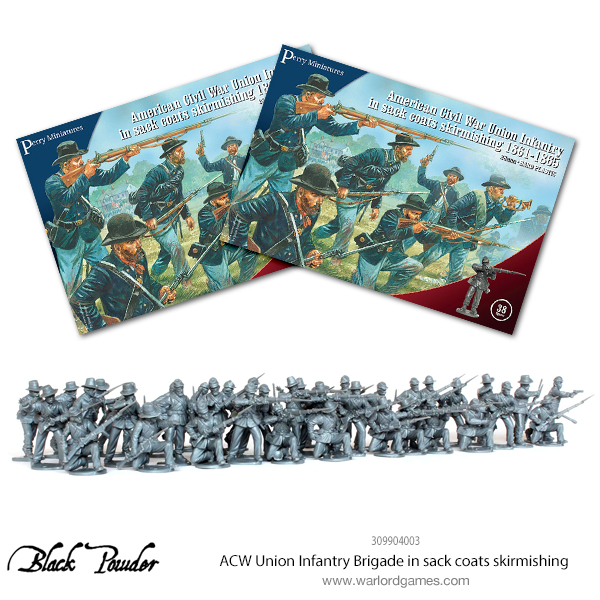 The are 152 figures in this 4 box division set, the ultimate way to field your Union forces: 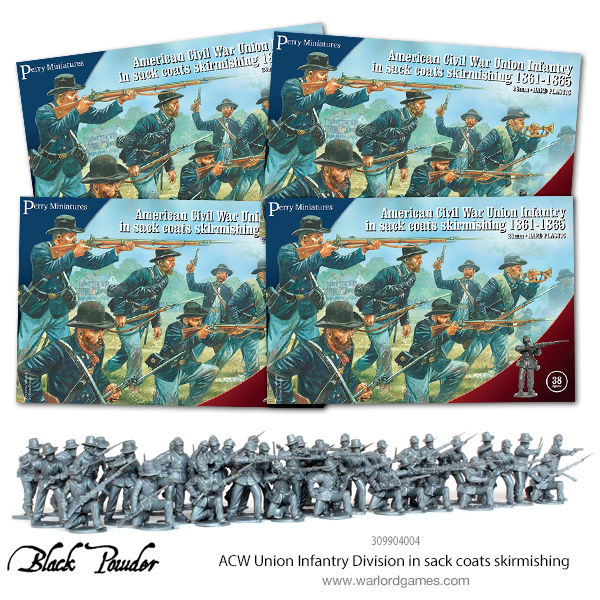 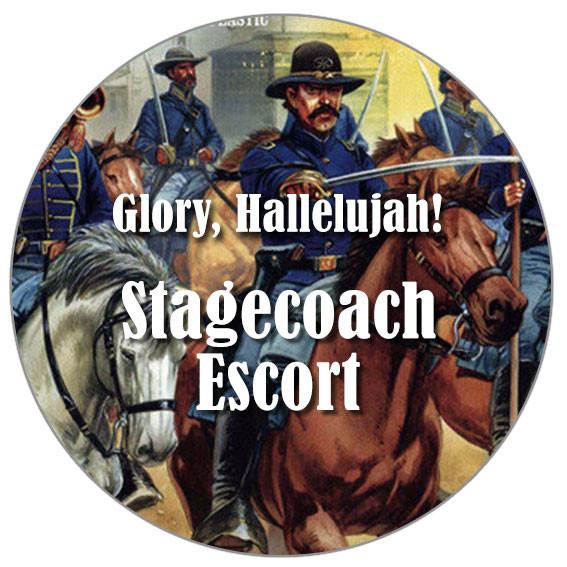 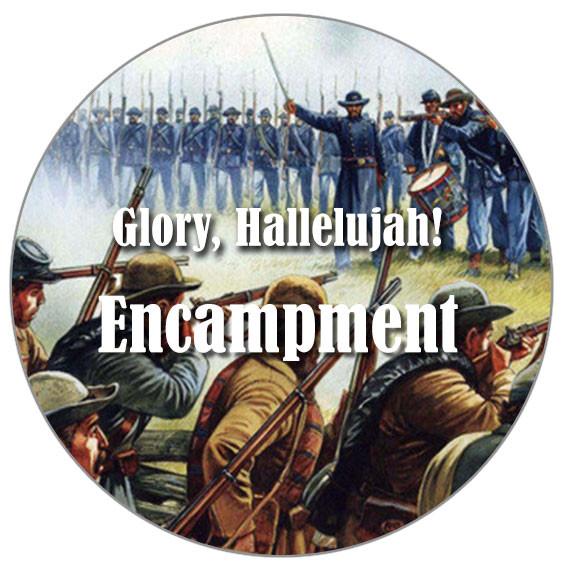