Oscar Barela here welcoming you to the HEAT of a TEXAS SUMMER!!! 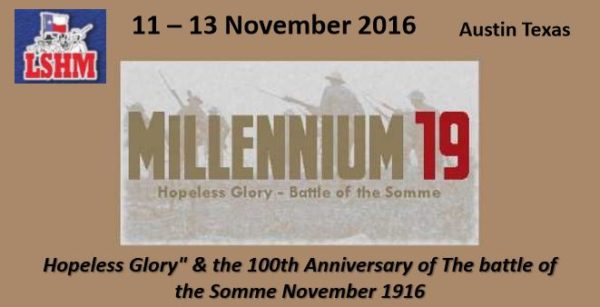 For all of us from the great state of Texas we know what it’s all about, and for those who have not yet acclimated themselves GRAB SOME SHADE!!! Well apart from family vacations and trips to the pool a lot of us know how to take refuge from the heat and bunker ourselves up in the Frostyness of our Air Conditioning hammering away at new painting and modeling projects for the next big event!!! We always have too many models to paint and find so many fun games we want to play! Time to read up on upcoming events and the LSHM latest News Letter here:

As most of you have seen I LOVE my French!!! What started out as an army that no one had the guts or gall to play ended up being one of my favorites of all time!!! Along with my early war and late war French armies I will be also working on my French Partisans as well as starting some French forces when Konflikt 47 hits!!! Who else out there is looking to get into some WEIRD WAR 2?!?!? Come and check out our latest goings here 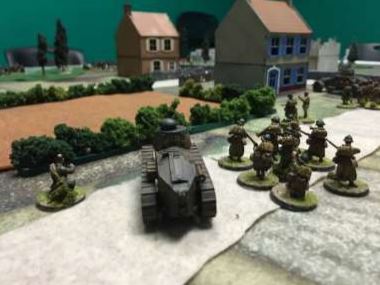 Much success was given to the birth of the 1st Cav Open Bolt Action Tournament presented by Tyler Buenaflor (A.K.A. Tyler Goodflower A.K.A. Tyler Sweetdaisy) and hosted by Quantum Leap Games (formally known as Battlefield Games) in Killeen Texas!!! One of the smoothest tourneys yet! Great games and great players came from all around to pit their forces against one another!!! Plenty of prizes to go around as well as some Fantastic plaques for “Best Allied General” and “Best Axis General” created and donated by Tyler’s father. Great Job!!! 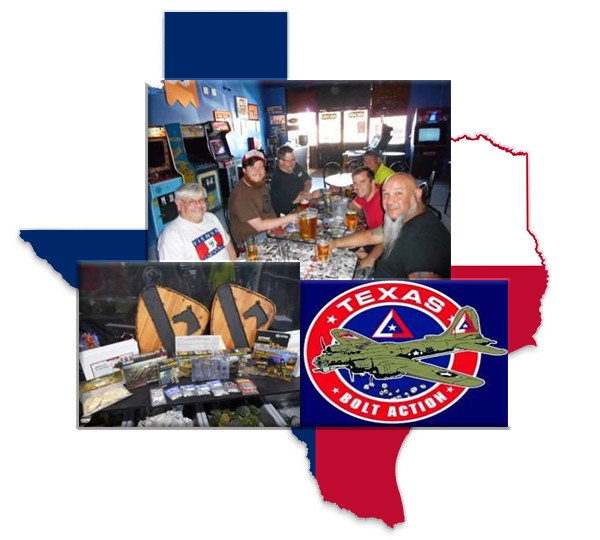 Don’t forget to join the Texas Bolt Action Facebook group to get some Bolt Action – Action on!!! We are now on a rotating schedule playing games at three different stores on Friday nights. Dragons Lair, Table Top Games and Knight Watch Games. COME FIRE SOME ROUNDS WITH US!!! Alright then…get back to work…Carry-on!!! Oscar Barela.

Hello everyone, my name is Tyler Buenaflor and will be writing this in regards to an event I ran up here in Killeen, TX. 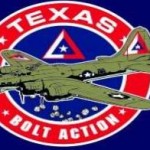 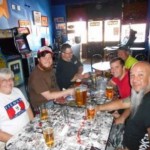 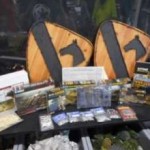 Going into this, I was super nervous about everything for this event such as prize support, how many people are going to show up and “why am I stressing so much?!?!”. After planning the event for about four months and trying to spread the word about it, it seemed as if I was done! But as every T.O. (tournament organizer) knows the job is never done! I was able to borrow a generous amount of terrain from Jon Russell, Casey “wardaddy” Pittman, Steve Miller, and Oscar “mad dog” Barela, which helped to make the tables look more realistic for the players! 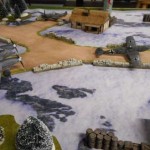 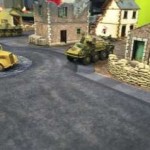 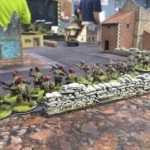 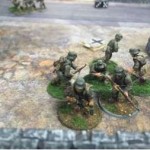 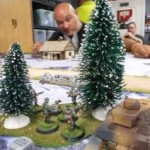 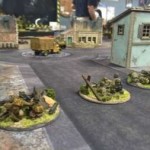 Twelve people showed up to the event eager to throw dice and claim victory! Before the mission first match started I handed out the “Mission Packets” to the players which contained the missions they were playing and their score cards. I also instructed the players to yell “FUBAR” When they rolled the infamous double sixes so they could receive an additional prize.

The prize support I was able to obtain was awesome! thank you so much to our sponsors and those who provided prizes:
Warlord Games, TrenchWorx, Bolt Action US, Frontline-Games, & Quantum Leap Games

At the end of the event I handed out the “FUBAR” prizes first. Oscar won the award by rolling three “FUBAR’S”, followed by Tyler Wallace, Steve miller, Brian Ching, and Dave Vajgrt.
The coveted “CAV Shield” trophies went to Oscar and Casey for “Best Axis and Allied generals”.
The “Best painted” award went to Dave’s British Commandos and the “worst luck” prize went to Mr. Z who had 3 straight losses. 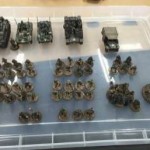 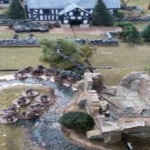 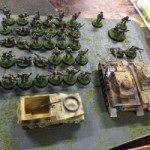 After the event we went to a bar to talk about the love of the hobby and laugh about the days events. Thank you so much to everyone who attended! I hope I can live up to the standards I set for this event and do better next year!

So with lots of great stuff going on in Texas War-Gaming why not join us for one of the many events and support your local game store.

The hotel is holding 60 rooms for LSHM members – just mention LSHM when reserving and get a discount. 20% of rooms have already been reserved, so don’t wait too long to get yours.

View Profile | View all posts by RichC
Konflikt ’47: Designs and Decisions
Video: How to play Konflikt ’47