A good friend to Warlord, Dr Dave James, recently interviewed a chap who served in the Worcesters during WWII and wore a Dennison smock, carried a Luger and an MP40! Here is his report: 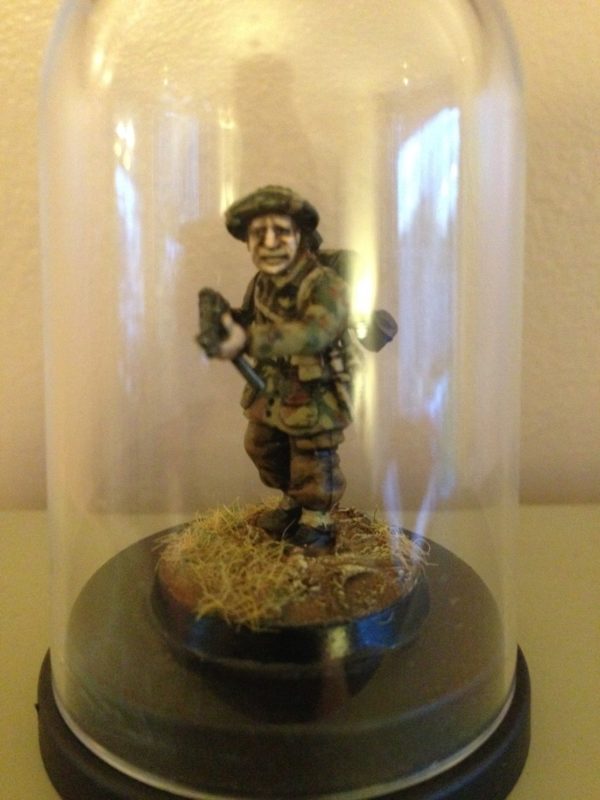 A few months ago I was lucky enough to meet an elderly gent here in Worcester. He is Pvt Eric Tipping, formerly of D Company, 1st Battalion the Worcestershire Regiment, 214 Brigade, 43rd “Wessex”
Division. Eric is a delightful character and more than happy to chat over his time in North West Europe in 44-45. 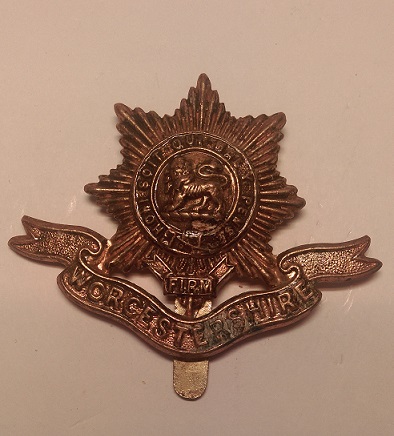 Eric joined the battalion in ’44 after the actions near Hill 112, so he was part of the assault crossing of the River Seine at Vernon, the fighting up through Holland on to “The Island” north of Nijmegen in September ’44 and then on into Germany.

It was during our chat that I realised that he was quite an unusual infantryman compared to what we might think of – not so much in terms of his experiences, but in terms of his rather unusual former appearance. For starters in September ’44 the entire battalion were issued with the British Airborne’s Denison smocks – Eric was vehement that this was not the camo rainproof gear issued to others – they were Denisons. Also, Eric was able to obtain – after a falling out with a German infantryman whom he took prisoner – an MP40. He carried this for the rest of the war rather than his normal SMLE though he never thought to pick up any spare mags, so his ammo pouches were full of 9mm rounds – British and German. 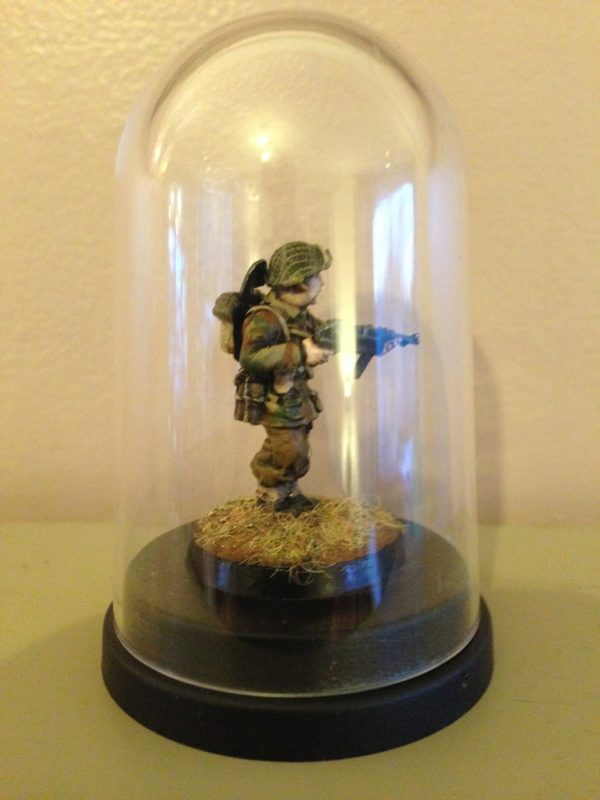 Eric was full of fascinating information and is as sharp as a tack. He wanted to know if I had any idea what universal carriers were for.
After the Worcesters’ carriers met two Stugs he thought they were useless! The lads with rifles always had their bayonets fixed – he just couldn’t see the point in not having it fixed! The Worcesters amassed lots of MG34s and used them on the Island – until the Brig had them removed – during night shoots neighbouring battalions thought the Germans had broken into the Worcesters’ positions! Eric is a gold mine of information and anecdotes! 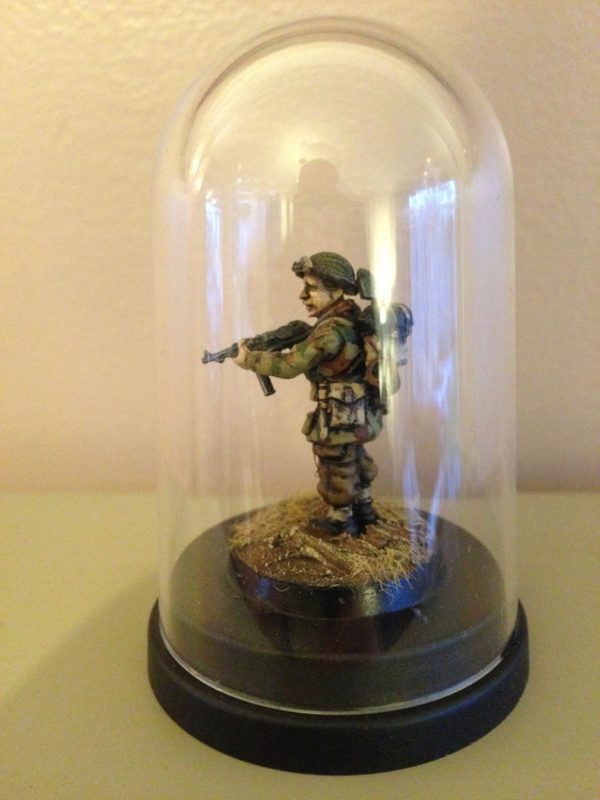 I decided at once that I wanted to make a model of Eric with his Denison and MP40. The obvious choice was to use the Warlord plastic range due to their versatility and the workability of plastic compared to metal. After a brief chat with John Stallard I received sprues of British and German infantry and set to work. After some experimentation I went for a simple advancing pose with the MP40 held to the front. The next thing was the Denison smock: a simple green stuff “skirt” blended in to the figure’s waist sufficed. Once done and dried I added the kit: pack, entrenching tool and the shovel – held vertically in the pack – Eric said never diagonally or horizontally after their platoon commander had his clipped by a passing 3-tonner which spun him round and threw him under the wheels! The officer survived – but it was the end of his war. 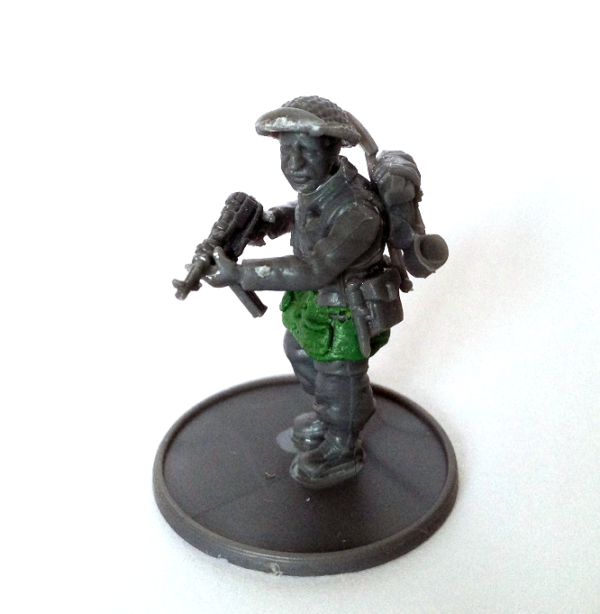 Eric also pointed out that he never added any foliage to his helmet and simply used the net cover. Also he never, ever, saw anyone using camo paint – an interesting aside. Once assembled I black undercoated the figure and found a nice display case to hold the completed model. Painting was simple using the Vallejo acrylics – aided by the Denison covering all of Eric’s unit insignia!

Eric has had a busy new year. He turned 90 on January 1st and France made him a Chevalier of the Legion d’Honneur, but the thing that seemed to excite him the most was his own Warlord Eric. 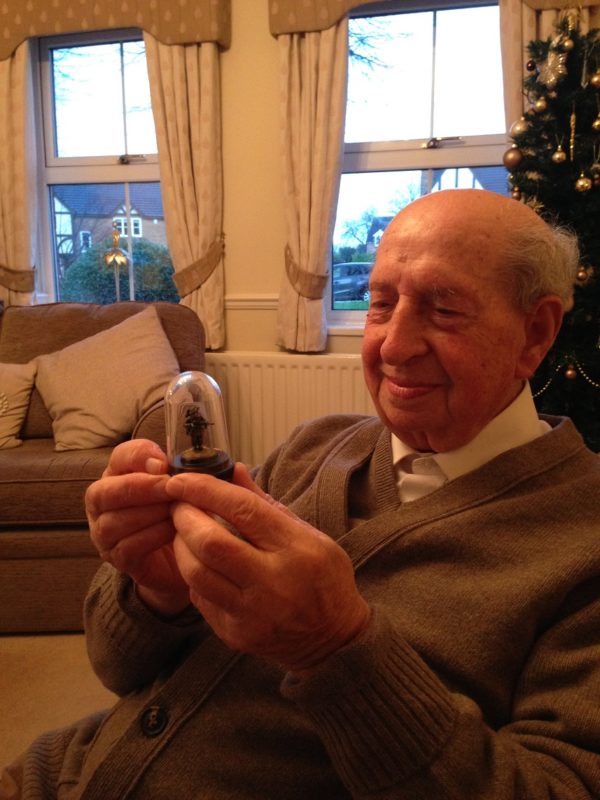