Prior to the Korean War, choppers were rarely used in combat. The Bell 47 Sioux Helicopter adds a new dimension to games of Bolt Action.

The Bell 47 (designated H-13 by the military) had a two-seat cockpit enclosed by a distinctive plastic bubble. It became the first successful commercial helicopter beginning in the early 1950s. However, it is its use in the Korean war (and a supporting role in M*A*SH) that cemented its legacy. 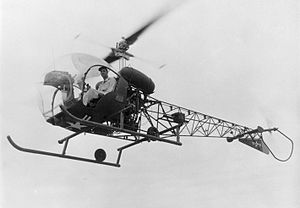 Originally serving in a light utility and observation role, the H-13 was converted to a flying ambulance. It ferried wounded troops to Mobile Army Surgical hospitals located miles from the front. Named the Sioux by the US Army, the H-13 could carry a pilot and two passengers in its bubble cockpit. However, the Army fitted stretchers on both sides of the cockpit (outside!) atop the landing skids so a pilot could more efficiently carry wounded. A small blessing for these wounded were small plastic bubbles fitted at the fronts of the stretchers to protect the men’s heads.

Although uncomfortable for the wounded, it did mean effective treatment was closer and more viable. The alternative was first aid at the battlefield and a long, bumpy ride to a field hospital. The major drawbacks of the Bell H-13s were their limited carrying capacity and that they weren’t especially quick. However, in the latter stages of the Korean war, the fronts didn’t change dramatically, enabling the M*A*S*H units to deploy closer to the front, therefore easing the length of the MedEvac journey.

Sarissa Precision has created this MDF Bell 47 Sioux, ideal for use as part of a US force. And yes, the blades do spin! 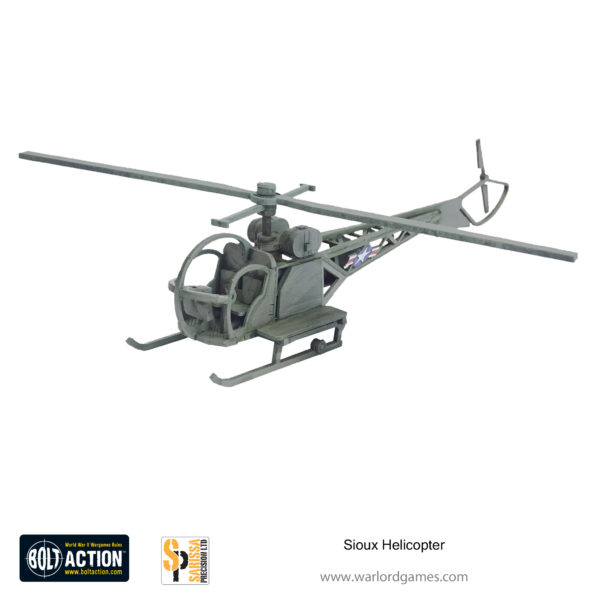 In Bolt Action Korea, US forces are able to call upon the aid of helicopters each turn. The Sarissa model is ideal for portraying the use of MedEvac helicopters, bolstering the medics in your platoon.

We’ve also put together a MASH bundle, allowing you to create a full field hospital: 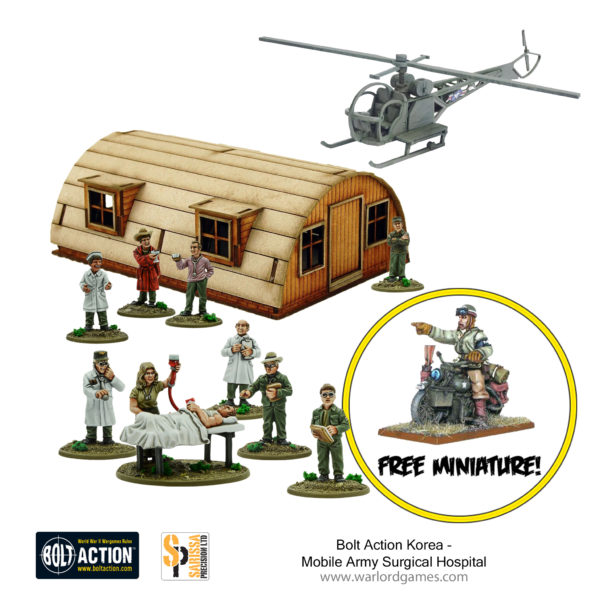 This bundle nets you a free Miltary Policeman on Harley Davidson model.